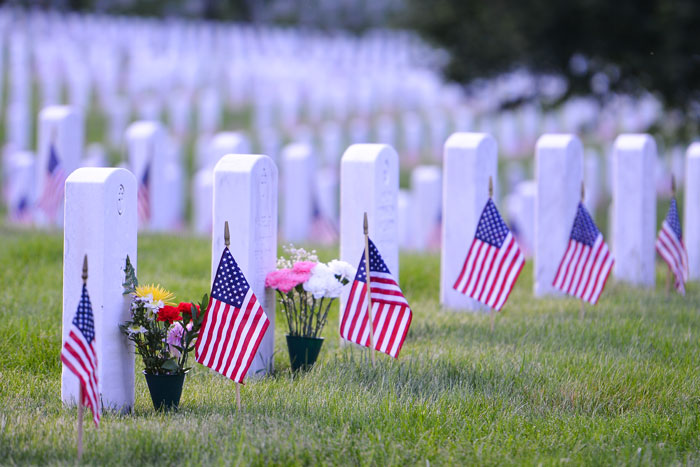 Memorial Day 2022 – A day to reflect on sacrifice

Memorial Day is more — far more — than a day for merchandise sales or the unofficial start of summer.  It is a day we set aside as a nation to both honors and remember the brave men and women that have died in the performance of their duties while serving in the United States Armed Forces.

To be exact, this nation has had a grand total of 1,354,664+ recorded deaths in all of America’s conflicts ranging from the Revolutionary War to the Global War on Terrorism. To put this in perspective, each one of the fifty stars that adorn our flag represents the death of roughly 27,000 American Soldiers, sailors, Airmen, and Marines that paid for the freedom you enjoy today.  Unfortunately, history tells us there will be more to come.

This freedom has come with a terrible price.  Memorial Day is the day we honor their sacrifice for this great Republic. Their death is a true expression of selfless service—one that no one would pick for themselves. Whether they volunteered at a time of war or never expected to wear our nation’s uniform until their draft card arrived, their self-sacrifice represents the very best of America.

At cemeteries across the nation and overseas, families will pay their humble respects and quiet tribute to a father, mother, sister, or brother who gave their lives so that we, the living, may be heirs to the freedoms they defended. The loss may be fresh, or it may only be a distant but still painful memory, but if you visit any cemetery, you will see the tokens of remembrance — flowers, stones, and photos — left behind by those still grieving their loss.

Today many men and women veterans still struggle just to make it until tomorrow.  These individuals endured the horror of war to preserve the blessings of liberty for you and me. Unfortunately, the statics show that many combat veterans will take their own lives to quell the internal demons that have haunted them from serving in armed conflict.

On Memorial Day, no American should take their personal freedoms for granted. Instead, let us join together united as one people to honor those who wear the uniform, the families that fear for them, and the ones who paid the ultimate price for our liberty. It is our sacred duty as  Americans regardless of our political party, beliefs, or ideology to honor those who have answered the call of duty. Their military service and untimely death was their individual down payment to preserve their individual freedoms and liberty.

In cemeteries across America and overseas many who paid dearly for the freedom we enjoy lie eternally in repose. It is your moral obligation to never forget those who answered the call to keep the flame of freedom in America alive. Honor the selfless sacrifice that allows you to sleep soundly tonight as they have paid dearly for your comfort. Own it and never forget!

Memorial Day 2022 – A day to reflect on sacrifice was last modified: May 23rd, 2022 by Guest Contributor James Poplar

Thank you for not politicizing your commentary.

SBN, you are most welcomed.