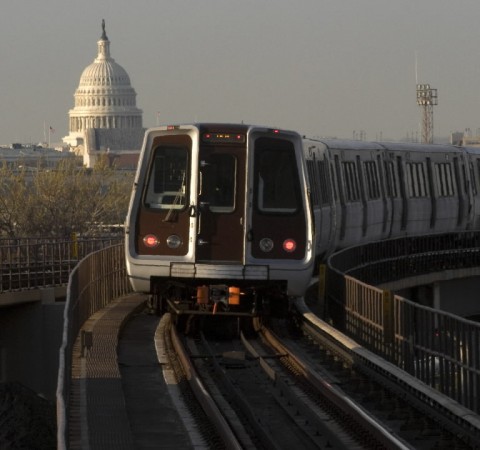 Metro wins. Taxpayers lose. We saw the financial train wreck coming 10 years ago and we still couldn’t get out of the way.

What did you expect to happen when the county decided to join a metropolitan government entity? If you had lived on the west coast you would have already known what the future held.

Not to kick a guy when he is down but let us get some facts straight here. Del. LaRock made a very critical strategic mistake in how he positioned HJ 693, in 2017 as a Constitutional Amendment Resolution to guard raiding and reallocations of transportation funds. His “lockbox” approach that restricted the General Assembly from raiding and/or reaccocating dedicated transportation funds was perfectly sound. What was outrageously political naive, given the obvious state of Republican electoral politics in the state both then and today, was wrapping any final successful outcome in a state constitution amendment construct.

It was mind boggling unrealistic eighteen months ago (as many tried to point out which he summarily dismissed). But in the short term, mistaken and misunderstood euphoria, of the passing of the first resolution, which actually accomplished nothing without Del La Rock being able to shepard the actual bill’s critical central state constitutional amendment resolution in the 2018 session and successfully get it approved by a statewide majority referendum. It made for little more than great promotional political optics.

Whether the entrenched Republican interests in Richmond just let Del. LaRock spend his time and energies driving this legislative approach into what I believe they fully realized was a brick wall regarding the likelihood of final passage outcome or Del LaRock wasn’t able to distinguish the difference between looking for a more winnable tactical legislative approach to the issue vs the constitutional amendment fools errand he set out upon will perhaps never be known.

When your party is hovering at becoming a political minority in the state the final lesson here may be to understand that while grandiose legislative schemes that shine a spotlight on you may be personally rewarding, if the possibility of them every actually accomplishing anything is nill, you haven’t done your constituents any particular favor or accomplished a damn thing. We need elected fighters in the state legislature that understand how to execute tactical wins in a tough highly partisan environment. This type of legislative approach is just a waste of everyone’s time and takes pieces off the board that could be better applied to winning and/or countering more realistic policy deliverables.

This is a lesson that Del. LaRock needs to learn and internalize immediately. I hope he is able to accomplish this but I frankly I have always had my doubts regarding that possibility. I wish him luck with the Loudoun Board of Supervisors – he will need it. But for now and the immediate future this is nothing more than an ill concieved and wasted opportunity.

All the Democrat delegates in Loudoun voted for this bill. And Jennifer Wexton too. Does she not care about Loudoun roads and drivers?

Loudoun Democrats only care about paybacks to their developer friends and getting campaign contributions to get elected.

And this is shocking? Par for the course.