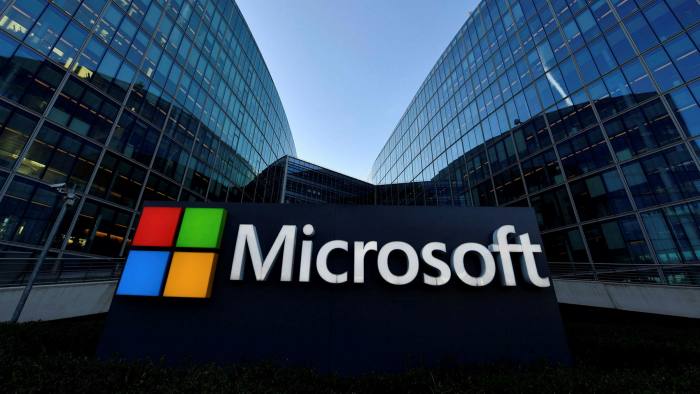 Microsoft has racial quotas for its suppliers and senior managers. This violates the federal law banning racial discrimination in contracts, 42 U.S.C. 1981. It likely also violates the 1964 Civil Rights Act.

Microsoft’s main goal appears to be “racial diversity.” But the federal law against racial discrimination in contracts doesn’t allow an entity to use a racial quota to promote diversity. For example, the Supreme Court said the University of Michigan violated this law by using a numerical point system in admissions, that gave blacks and Hispanics 20 extra points. It concluded that this was effectively a racial quota, and thus forbidden by both the Constitution and 42 U.S.C. 1981. (See Gratz v. Bollinger, 539 U.S. 244, 276 n.23 (2003)).

The Supreme Court reached that conclusion even though universities, unlike most institutions, are allowed to consider applicants’ race, in order to promote “diversity.” The Supreme Court says that’s because universities have “academic freedom” and thus more leeway to use race. (See Regents of the University of California v. Bakke (1978)).

For example, a school board violated the Civil Rights Act when it laid off a white teacher rather than a black teacher to preserve “diversity.” A federal appeals court ruled that was illegal. (See Taxman v. Board of Education (1996)).

But Microsoft plans to assign contracts and jobs based on race, in order to promote “diversity.”

In a June 23 blog post titled, “Addressing Racial Injustice,” Microsoft wrote that it would double the number of black suppliers and double its investments with black banks:

Companies can give racial preference to blacks to remedy discrimination by the company.

But none of these racial preferences are designed to remedy discrimination by Microsoft against black people.  Instead, Microsoft cites values such as “workforce diversity” and a desire to improve black people’s societal position —  “to improve [black] access to capital, increase [black] skill development, and reduce the [racial] technology gaps that exist today.”

But improving black people’s position in society is not a reason to assign contracts based on race, or give contractors of a particular race a preference. The Supreme Court has ruled that remedying “societal discrimination” against black people is not a reason to give black contractors an edge. That violates the Fourteenth Amendment when a city or state does it. (See Richmond v. J.A. Croson Co. (1989)).

When a company does it, it violates 42 U.S.C. 1981. That law applies to public and private contracts the same restrictions on racial discrimination that are found in the Fourteenth Amendment, according to the Supreme Court. (See Gratz v. Bollinger, 539 U.S. 244, 276 n.23 (2003)).

(Microsoft may think it can get away with doing so, however, because the federal appeals court right near its headquarters — the notoriously liberal Ninth Circuit — disregards that Supreme Court decision, at least insofar as it applies to private schools. So anyone who sues Microsoft over its racial quotas should sue in a different part of the country, if that’s possible — such as in a “judicial district where” a rejected job applicant “would have worked.”).

Microsoft also wrote that it would double the number of black managers and senior employees:

We will build on our diversity and inclusion (D&I) momentum from the past five years by adding an additional $150M of D&I investment, and will double the number of Black and African American people managers, senior individual contributors, and senior leaders in the United States by 2025.

Microsoft says this will promote “diversity,” but it doesn’t claim it is necessary to remedy any discrimination by Microsoft against black people.

Diversity is not enough reason to use race in hiring. (See Taxman v. Board of Education (1996)).

The Civil Rights Act lets companies use affirmative action to fix something more extreme than a mere lack of diversity — namely, what the Supreme Court calls a â€œmanifest imbalanceâ€ in â€œtraditionally segregated job categories.”

But Microsoft probably doesn’t have such an “imbalance.” If there aren’t many blacks in the high-tech field, it’s not Microsoft’s fault that it doesn’t have many black employees, either. That isn’t considered a “manifest imbalance.” (See Janowiak v. South Bend (1984)).

And there just aren’t many black people in high-tech. “Blacks made up 7 percent of U.S. high-tech workforce” and just “3.1 percent” of people in technical jobs at major U.S. tech companies, according to Fortune.

It’s true that black people are 13 percent of the U.S. population. But that’s not what matters. The Supreme Court has rejected the “‘completely unrealistic’ assumption that minorities will choose a particular trade in lockstep proportion to their representation in the local population.” (See Richmond v. J.A. Croson Co. (1989)).

42 U.S.C. 1981 would let an institution use race to remedy its own recent, widespread, intentional discrimination (whether actually proven, or just “prima facie” evidence of such discrimination).

But there is no sign of widespread discrimination against black people by Microsoft. Indeed, Microsoft boasts of its “diversity and inclusion (D&I) momentum from the past five years,” due to its aggressive efforts to recruit black employees and contractors.

Moreover, — even if it is not expected to be achieved for years. Any technique that “induces an employer to hire with an eye toward meeting [a] numerical target” is considered an illegal quota, even if it’s called a “goal” rather than “quota.” That’s what a court explained, in striking down an agency’s diversity hiring “goals” — even though failure to meet the goals only triggered audits, not necessarily penalties. (See Lutheran Church–Missouri Synod v. FCC (1998)).

Even if some black employee at Microsoft legitimately feels slighted or discriminated against, that is not reason enough for Microsoft to adopt racial quotas. The kind of discrimination that can justify race-based affirmative action is a “systemic pattern of discrimination,” not just “individual claims of discrimination.” (See Coral Construction Co. v. King County (1991)).

Individual instances of discrimination are supposed to be remedied by making things right with the victim, not discriminating in favor of the victim’s entire race.

Moreover, even if blacks are less well-represented in the senior ranks of Microsoft than they are in its bottom ranks, that doesn’t show discrimination against black people. The qualifications for a senior employee are very different than for an entry-level employee. (See Wards Cove Packing Co. v. Atonio (1989)).