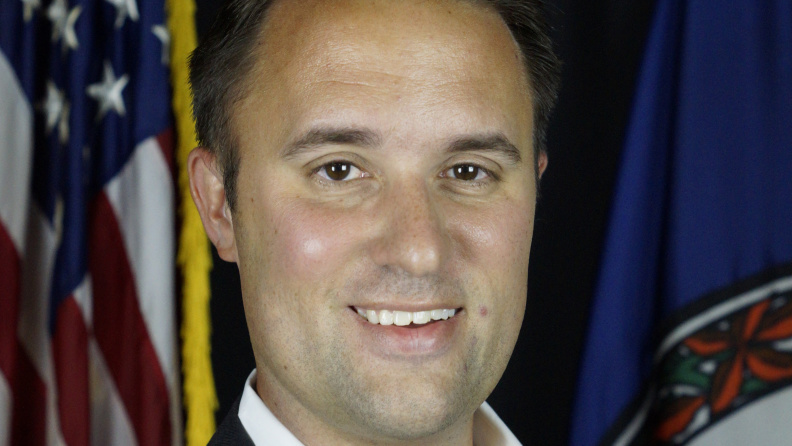 Gov. Terry McAuliffe is currently visiting communist Cuba on an economic development trip promoting Virginia businesses.Â  For instance, the governor is addressing the situation in which Cuba imports Virginia pork products, but only after they have been trucked down to Florida for shipment.Â  McAuliffe would rather establish a direct tie, via the Port of Virginia.Â  This, among other goals, is laudable.

What’s not laudable is McAuliffe’s affirmative intention to not make any statements on behalf, or to even try to visit, any of the thousands of Cubans who are political prisoners or victims of political violence at the hands of the Castro dictatorship.Â  For one newly-elected member of the Virginia House of Delegates, that is simply unacceptable.

Del.-elect Jason Miyares, the first Cuban American elected to Virginiaâ€™s General Assembly, called on McAuliffe to spend time with the Ladies in White and others at odds with Cubaâ€™s communist regime. Miyaresâ€™s family fled the country in 1965.

Miyares makes the point that McAuliffe has decided “to ring in the new year in the only non-democratic nation in the entire Western Hemisphere,” and that as such, “perhaps he should keep in mind the thousands of dissidents that are harassed, beaten and imprisoned each day in Cuba simply because they yearn for freedom.” McAuliffe has, of course, refused to any such thing, essentially saying through spokesmen that he is not going to do anything that might upset the island nation’s masters as he tries to lure their cash to Virginia.

In fairness, other Governors have done the same thing, but that doesn’t make it right. The man who currently holds the same office Thomas Jefferson once held should know better than to countenance dictators and political oppression. In case you think this isn’t a cause worth highlighting, check out the Ladies in White that Miyares referenced.

McAuliffe has nonetheless refused. Next stop on the Governor’s travels beyond Virginia? Iowa, where this Saturday and Sunday he will be stumping around the state for his good pal, Hillary Clinton. Needless to say, paying any attention to the Cuban advocates for freedom would be just a tad bit embarrassing for a woman who was Secretary of State in an administration whose Cuba policy has amounted to little more than coddling the Castro brothers.

Hats off to Delegate-elect Miyares for calling out McAuliffe on this! We’re looking forward to more of the same as he begins his service in Richmond next week.

To play the Devil’s Advocate, McAwful is there on a trade mission to promote VA goods, not to introduce a whole host of other issues.

Jason Miyares should make his own little political trip to Cuba and try and do what he wants McAuliffe to do. He’ll find out that his rhetoric doesn’t work in real life.

Dissidents who meet foreign politicians can end up becoming dead dissidents. Why would state republicans want to Berkeley-ize Virginia? Stick to business and leave the rest to the feds.

I sat with my step-father in the Orange Bowl in Miami as a boy on Dec 29th, 1963 after my family had relocated from the mid-west to south Florida. The Bay of Pigs’ surviving participants were in formation on the field that day and President John F. Kennedy (with First Lady Jacqueline Kennedy) addressed the 2506th Brigade on it being disbanded. The Freedom flights into Miami were just beginning to ramp up and the explosion of displaced Cuban refugees into the Miami area was just at it’s acceleration point. This initial generation of Cuban patriots that fled Castro’s Cuba, often with only a suitcase in hand having had all their property and possessions seized by the state were fervent anti-communists and understand well from first hand experience the tyranny of communist rule. Today we are looking at the fourth generation removed from these individuals and their children which I attended secondary school with and the picture could not be more striking. I travel to south Florida often and am struck by the changes the Cuban community has undergone both in it’s tremendous economic successes but also in the degree it has drifted away from the views of it’s grandparents on judging their former nation and the prison state Fidel and Raul Castro have shaped it into. Today’s Cuban community in southern Florida has become a major political mainstay of Democrat politics and policies and a significant supporter of Barrack Obama. I applaud Del.-elect Miyares focus on the continuing repressions and violations of human rights that are a daily occurrence on the island but I’m afraid many of his generation have bought into the misguided notion being pushed by the US Chamber of Commerce and many US political leaders in both parties that the Castro’s are just misguided socialists and not the hard core Stalinist’s they have been since assuming power in 1959.

Not a chance in hades that leftwing McAuffille will say or do anything to comfort or encourage freedom and liberty loving Cubans in Cuba, Miami or anywhere else and ruffle the feathers of the Obama or Clinton gangs. I’m sorry there was no sound with his rant while waving the booze.