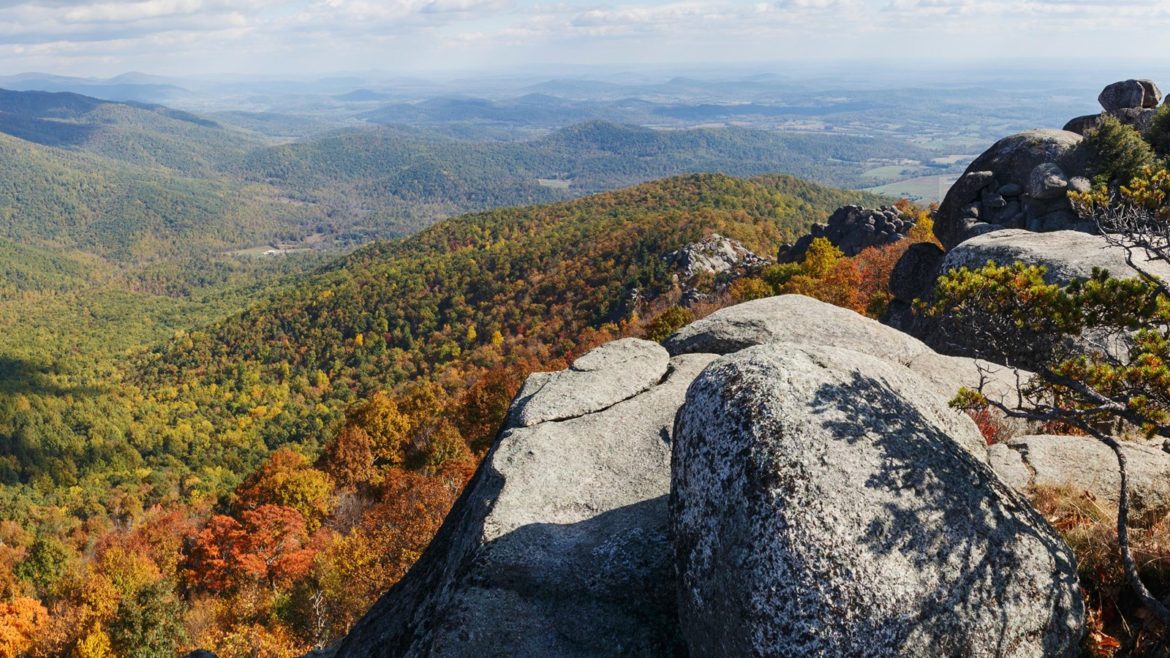 Old Rag Mountain in the Shenandoah: Are McAuliffe and Democrats now against agriculture land use preservation tax credits?

Democrats are engaging in a gaslighting campaign against Republican gubernatorial candidate Glenn Youngkin, which is deceitful and despicable, as Arthur Purves wrote here last week.

Example 1 – Republican Youngkin’s tax break for his horse farm in McLean.  A liberal reporter for the Times Dispatch,  most likely fed by Democrat opposition research, ran an “expose” in the paper in august, noting that in 2019, Youngkin asked and was granted (by the Democrat-controlled Fairfax Board of Supervisors), a “95%” conservation tax reduction on his $6.7-million horse farm in McLean, where he lives.   The Times Dispatch failed to note this was a Democrat-controlled Board.

Forbes magazine even played pile on, calling this a “sweetheart deal” for Youngkin

What the state press has failed to note is that Gov. Ralph Northam pays NO TAXES on his five acres in Onancock, VA on the Eastern Shore, and tax records show the various properties in his family’s last name, collectively, get some $15,000 in deductions each year.  Keep in mind, the farmland in Accomack County is less valuable than Youngkin’s farm in McLean.

But Youngkin’s campaign noted that a public trail runs through the property, meaning the public has access in giving the tax deduction.  To my knowledge, the farmland the Northams own is not open space at all.

Furthermore, major donors to McAuliffe and Democrats are in the land use program, too.  I eyeballed the $780,000 the League of Conservation Voters gave to Democrats — no Republicans – and their major donors are all taking the tax credit!

McAuliffe’s mansion in McLean at 7527 Old Dominion Drive, McLean (worth about $1.8 million) is not eligible for the tax reduction.  Too suburban, I guess.

The Times Dispatch story led Northam’s Department of Natural Resources even issued a report saying the $1.8 billion program is racist because more whites than black landowners use it.  James Bacon writes about the b.s. here.

Accomack County’s website states:  “The General Assembly has held that the preservation of special use land is vital to the public interest. Taxation on the basis of use-value is an attempt to help preserve rural lands in the face of rapid intensive-use development, to help preserve natural resources, and to help provide for the orderly development of real estate.”

But based on their words and actions, the Democrats do not support the tax break any more   Perhaps those hoity-toity landowners in LCVA need to direct their donations to Republicans!

Or, is this just more Leftist Machiavellianism —  if it wins votes, let’s use it, and then once elected, we will drop the issue.

Case 2.  The attack ad on Glenn Youngkin for not filling out the National Rifle Association’s endorsement form.

Lately, ads are on the air, mostly in rural Virginia, blasting Youngkin for not getting the NRA endorsement because he did not answer their candidate survey.

According to Fox News:

“The ads come from a group called Accountability Virginia PAC, which on its website doesn’t give details about who’s behind the organization. But the group’s online donation page is accessed through ActBlue, the main Democratic fundraising platform; its bank account sits with Amalgamated Bank, a financial institution owned by labor unions and frequently used by pro-Democratic political groups; and consultants at a firm that works with Democrats helped incorporate Accountability Virginia, according to Axios.

According to public records, the group spent roughly $25,000 to run the ads, which have been viewed at least 1 million times. The ads appearing on Snapchat appear to be targeted to users in largely rural and heavily …”

Well, I get the NRA’s “Shooting” magazine and thus their Virginia legislative scorecard.  It so happens that  15 Democrats running for the House of Delegates didn’t fill it out either (or 27 GOP candidates).   Youngkin, I heard, is not filling out any special interest surveys, so the NRA is not the only special interest group not to get his attention.

So, the Democrats who on the one hand oppose 2nd amendment rights, but then use the issue in the campaign against Glenn. Totally deceitful.

It’s apparent to me that Democrats are banking on voters being dumb or inattentive. Democrats were among the biggest supporters of land use conservation, and as noted, they and their wealthy donors take advantage of it.

But because Youngkin got a legal deduction on his property, they now are turning against it.

And the effort to exploit the NRA survey issue and try to fool 2nd Amendment voters is dishonest, too.

I hope Virginia voters will see through this and that the Youngkin campaign in these remaining weeks will be prepared to respond to these attacks if they escalate.

Inconsistency ‘R Us! In keeping with their habitual lying, the dems show a penchant for twisting facts in just the right direction, to confuse voters and cast doubt on honest men. Meanwhile, when one of their own is caught committing atrocities, they can’t be bothered to notice.

I do not care who put out the ad on Younkin and guns, it is true. Youngkin did not fill out the NRA survey. Nor did he fill out the VCDL survey either. Youngkin’s lack of action on those is not excusable.

Did he receive either? That would be a good thing to know…

Tax Fraud if Democrat Terry McAuliffes forte and Terry McAuliffe himself is the wrong choice for the Virginia working man.
I would personally work that piece of crap in the ground.

Thank God that Trump is going to be reinstated next month!

Democrats are the American communists party. Rules do not apply to them. They are ALL, including their supporters, LIARS. Next question?