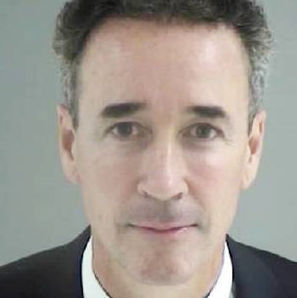 On Friday December 12, 2014 Joe Morrissey entered an Alford Plea to contributing to the delinquencies of a minor stemming from charges that he had a sexual relationship (and exchanged nude photos) with an underage subordinate.Â  The Alford Plea is an admission that the prosecution would likely be successful at trial, but a denial of doing anything in violation of the law.Â  Given Mr. Morrisseyâ€™s colorful history, it is not surprising that he has a lengthy and detailed â€œExplanationâ€ of what really happened.

He was set to perform his duties as a delegate while residing in a prison cell at night.Â  Instead of gracing his caucus with a complete resignation, Morrissey has plans to remain.

Morrissey will be running in the January 13, 2015 special election. Â In a low turnout election in a heavily Democratic district Morrissey has an excellent chance to be reelected.Â  With such reelection he can claim that his accusations (transgressions) were placed before the voters, and they overwhelmingly said they still want him as a public servant.

I wonder if this January 13, 2015 special election date has been cleared with the Speaker.Â  If not, does Morrissey revoke his resignation because it was conditional on the special election occurring?

UPDATE: Speaker Howell issues a Writ of Election. Â Has some harsh words for Morrissey.

â€œUpon receipt of a letter of resignation from Joe Morrissey, I have issued a writ of election for the 74th House of Delegates district for Tuesday, January 13, 2015.

â€œMr. Morrisseyâ€™s decision to run in this election is deceitful, selfish and disrespectful to this institution and the people he supposedly desires to serve. This is a despicable, arrogant political stunt that should disgust each and every citizen of Virginia. The people of the 74th district deserve better than this and the obligation now rests with them to retire Mr. Morrissey permanently.

â€œWe have spoken with the State Department of Elections and they are confident the election will run smoothly. I appreciate their work and the work of all other local officials and volunteers who will contribute to the democratic process during this already busy season.â€

[…] selfish and disrespectful to this institution and the people he supposedly desires to serve,â€ said Speaker William J. Howell. â€œThis is a despicable, arrogant political stunt that should disgust […]