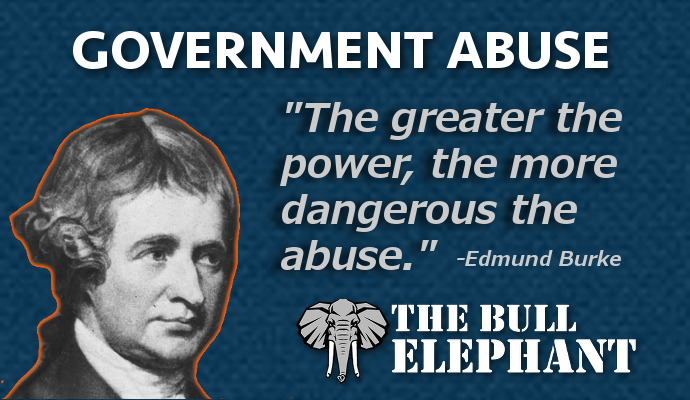 In the 1950s, many politicians wanted to silence the civil rights movement. Doing their bidding, Alabama Attorney General John Patterson tried to subpoena the names and addresses of the NAACP’s members, which was a creative way to intimidate people from joining the movement.

Fortunately, Patterson was rebuffed by the Supreme Court in its1958 landmark opinion NAACP v. Alabama, holding that his demands violated the First Amendment right of private association.

Now, California’s Democrat Attorney General Kamala Harris is adding a new, extortionate twist to old tricks. Ms. Harris oversees licensing of charities and other nonprofits that wish to ask Californians for contributions, and under threat of fines and loss of tax-exempt status is demanding that nonprofit registrants file with her office their confidential federal tax return schedule listing their top donors. The ambitious Ms. Harris, by the bye, is running for U.S. Senate, and is raising money for that race.

Federal law protects confidential tax return information, so much so that federal and state officials who may legally view this information are subject to criminal penalties for unlawfully disclosing it. The schedule of donors Ms. Harris wants her and her staff to see is confidential for obvious reasons. She is trying to do what Alabama Attorney General Patterson wanted to do in the 1950s, but using a more arbitrary, dragnet approach.

John Patterson sought the names and addresses of NAACP’s members in Alabama. Ms. Harris wants the names of donors who don’t even reside in California, but who have given to an organization that asks Californians for donations.

CCP is now asking the Supreme Court to hear its appeal, and is supported by a brief filed by 58 “friends of the court” that includes nationally recognized conservative nonprofit organizations such as Media Research Center, Concerned Women for America, Citizens United, Family Research Council, Faith & Freedom Coalition, the Weyrich Lunch and Leadership Institute.

Another prominent organization on the brief is the National Organization for Marriage, whose donor names were leaked by the Internal Revenue Service to hostile blogs.

Some background to this case includes Lois Lerner, former director of the IRS’ Exempt Organizations Unit, who when busy discriminating against conservatives was also collaborating extensively with state charity regulators and their umbrella organization, the National Association of State Charity Officials (NASCO). This lends more than a whiff of bad intent to what Harris is doing.

Nonprofits focus on many issues — controversial and not — such as medicine and science, religion and politics, cures for diseases, feeding the poor, housing the homeless, caring for wounded veterans and their families, providing care for abused and abandoned animals and promoting safety in our communities. Some inform citizens about civil liberties, the Constitution and the law. Many criticize actions taken by the legislative, executive and judicial branches of government, and thus are independent checks on government.

Donations to nonprofits are a valuable and irreplaceable means of private association integral to nongovernmental, Tocquevillian democracy in American society, and for the benefit of people, animals and the environment.

Ms. Harris has no business intruding in the private relationships between donors and nonprofits, but has not been dissuaded by federal law, the First Amendment or good judgment.

This is not just a problem of Democrats in government abusing power against conservatives. Creative methods of censorship are “bipartisan.”

As progressive fundraiser extraordinaire Roger Craver writes at his Agitator blog for nonprofit communications, “It doesn’t matter whether your organization is ideologically ‘liberal,’ ‘conservative,’ ‘neutral’ or ‘agnostic,’ the threat to free speech and due process is exactly the same.”