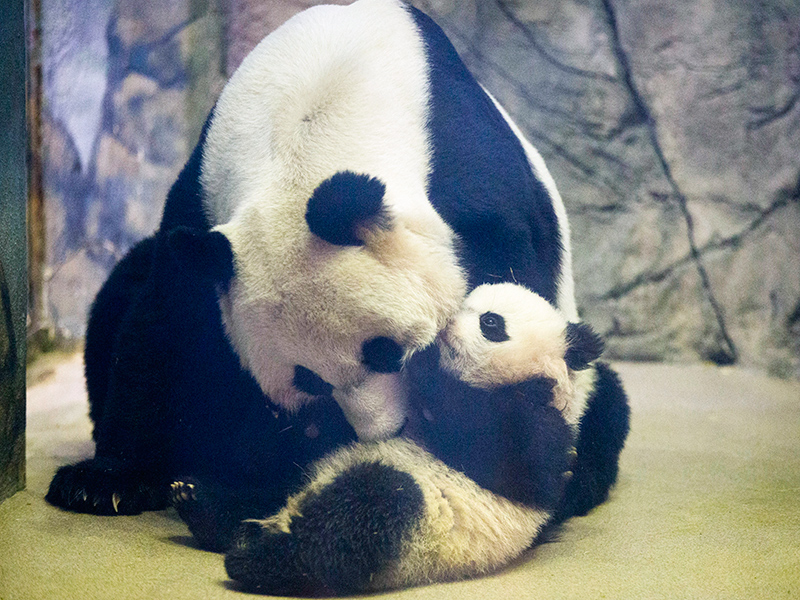 It’s Twins for Washington’s Giant Panda!  Just a few days after the National Zoo confirmed that Giant panda Mei Xiang was pregnant she gave birth to a cub Saturday afternoon at 5:34.  The cub, who is the size of a stick of butter, was very vocal which zoo officials said is a very good sign.  Bao Bao is now a big brother.  Story here.   UPDATE: A second cub was born at 10:07!  This is the first time Mei Xiang has delivered twins.  Both cubs appear to be healthy, but zoo officials have taken the second cub and placed it in an incubator since Pandas are known to reject one twin.  The Zoo knows how to handle this. View the Panda Cam here.