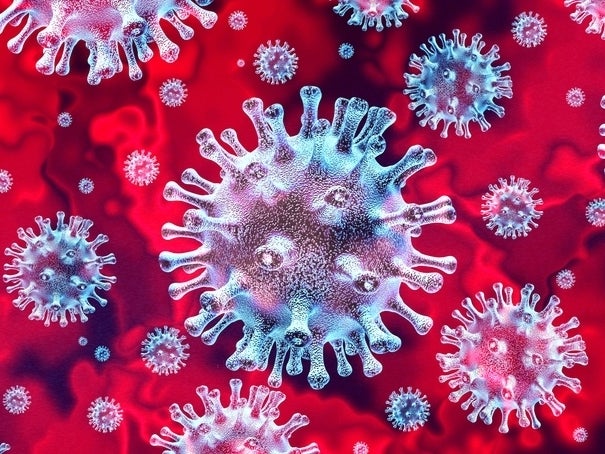 â€œI just think COVID is Godâ€™s gift to the Left.â€

Hanoi Jane speaks from Rules for Radicals (communist textbook), that teaches â€œNever let a good crisis go to waste.â€ Exploiting any crisis is a tool against freedom. A crisis when amplified leads to blind â€œgroupthink,â€ Political Correctness and Cancel Culture; then to Socialism and Communism, carefully slipping into Totalitarianism, full government control over the people.

Crossing paths with Jonathon over several years, I have always appreciated his commitment to defend liberty.  His new book, COVID: Hindsight is â€œ2020â€ How Trump Saved Two Million Americans from COVID-19, is a gift to the Right! It spells out how the Left uses this nationwide crisis to gain control, gathering her chicks, her victims, into the comforting fold of government for all.  This book is filled with ammunition of facts that disprove the false accusations against Trump. It is a citizenâ€™s quick, yet comprehensive reference on how this crisis was exploited for political power. Americans deserve the truth about this pandemic affecting us all. Discover how President Trump, through his strong decisions and quick actions, has actually saved millions of livesâ€”perhaps yours or mine.

â€œIn total, in an unmitigated epidemic, we would predictâ€¦2.2 million [deaths] in the US, not

accounting for the potential negative effects of health systems being overwhelmed on mortality.â€

Trump was accused of calling COVID-19 a hoax. False. He criticized the Democrats for turning it into â€œtheir new hoax.â€ Trump created a White House Coronavirus Task Force nine days after the first known U.S. case, two days later declaring a national public health emergency, with immediate travel restrictions on entering the U.S. from China. Trump was immediately criticized for his â€œextreme hasteâ€ in the China travel ban. As the virus flooded the world, it soon became convenient for the Left to complain the opposite, that the POTUS had not acted quickly enough. While China concealed the truth about this growing pandemic, our President acted independently, exercising instinct, decisiveness and wisdom. Our POTUS has said, â€œI donâ€™t do things for politics. I do whatâ€™s right!â€  How refreshing and honest. This is what we the people hired him to do.

Who Really Has Blood On Their Hands

Moseley points how Adam Schiff, Chair of the House Intelligence Committee, was too busy impeaching Trump to watch for threats, especially overseas. He faults Republican-chaired intelligence and health committees for us being â€œup a creek with no paddle,â€ ignoring Wuhanâ€™s growing threat. Meanwhile, Trump-haters are obsessed with preventing another Trump victoryâ€”to ultimately enable them to complete Obamaâ€™s â€œfundamental transformation of Americaâ€.  Frightening!

The Cure is Far Worse than the Disease

The Left uses national mandates to rule over people, making regulations â€œfor the greater good,â€ under the guise of saving us. What do these mandates really cost? Over-regulating restrictions forcing businesses to close and halting economies is literally killing usâ€”much more than COVID-19 itself! And a weak America weakens global economy and liberty. Why not focus on protecting the vulnerable, instead of impeding everyone? Can you feel your liberty tightening? Shopping at the mall, sending children to school, or attending church are individualsâ€™ choices, not nanny-governmentâ€™s jurisdiction.

Let this be a warning: Weâ€™ve not seen the least impact on our liberty if we allow this suffocation to continue!  This not-so-new pattern of encouraging us to â€œreportâ€ when someone isnâ€™t following mandates was a Nazi tactic, squelching people while turning one person against anotherâ€”a scary step towards tyranny!

The Dangers of China

Moseley shows that Trumpâ€™s early warnings against U.S. dependency on China were glaringly correct. How ironic and strategic, they manufacture the medical supplies we need to fight the disease they caused!  Below, Patrick Bet-David interviews Chinese whistleblower Dr. Li-Meng Yan, who reveals Chinaâ€™s cover upâ€”this

Wuhan Virus is not from nature, it is lab-modified!  China must be held accountable, causing 44 million cases, 1.17 million deaths, and abruptly impacting every economy, for years to come. Dr. Yan fled to the United States, where she was free to present theories about the origin of SARS-CoV-2.  To date, five more Chinese whistleblowers have vanished or been silencedâ€¦

The author asks: â€œIs President Trump managing this unforeseen situation the best that it can be managed? Yes.â€ I personally recommend that he encourage states to reopen more, balancing confidence with caution. Our law and order president delivered solutions and protected Americans, while fighting corrupt opposition, and still campaigning for another term of uphill battles. Trump is a warrior indeed, receiving four Nobel Peace Prize Nominations for making a â€™uge difference in the world! He has compassion and empathy for all those suffering from this horrible pandemic, having experienced it firsthand. His own family has also suffered and sacrificed for you and me.

In this final week, let us stay in the fight by sharing the hidden truth revealed by Jonathon Moseley in his timely, pivotal bookâ€”COVID: Hindsight is â€œ2020â€ How Trump Saved Two Million Americans from COVID-19â€”a powerful read!  Crisis often brings us to our knees. Let us do our part and make good on this crisis; and may we kneel in prayer to the Almighty who granted us this Promised Landâ€¦may America Bless God!

Find this Book on Amazon at:  https://www.amazon.com/dp/B08JKR4QBD/

Get your Paperback version now for $13.99 at:  http://www.TrumpCovidBook.com

Or order your E-Book version instantly, for only $5.99 at:  http://www.EbookTrumpCovid.com

Andrea Thornock (aka Lady Liberty) became a lifelong patriot and conservative by watching her dad serve our country in the Army. Living abroad taught her the true value of Liberty, and she has been advocating for Liberty ever since! Ms. Thornock is active as a writer, a commentator and editor. She is the host of the newly launched Voice of Liberty Podcast. Andrea served in the Northern Virginia Tea Party, and as the Executive Director of the Ronald Reagan Lecture Series.