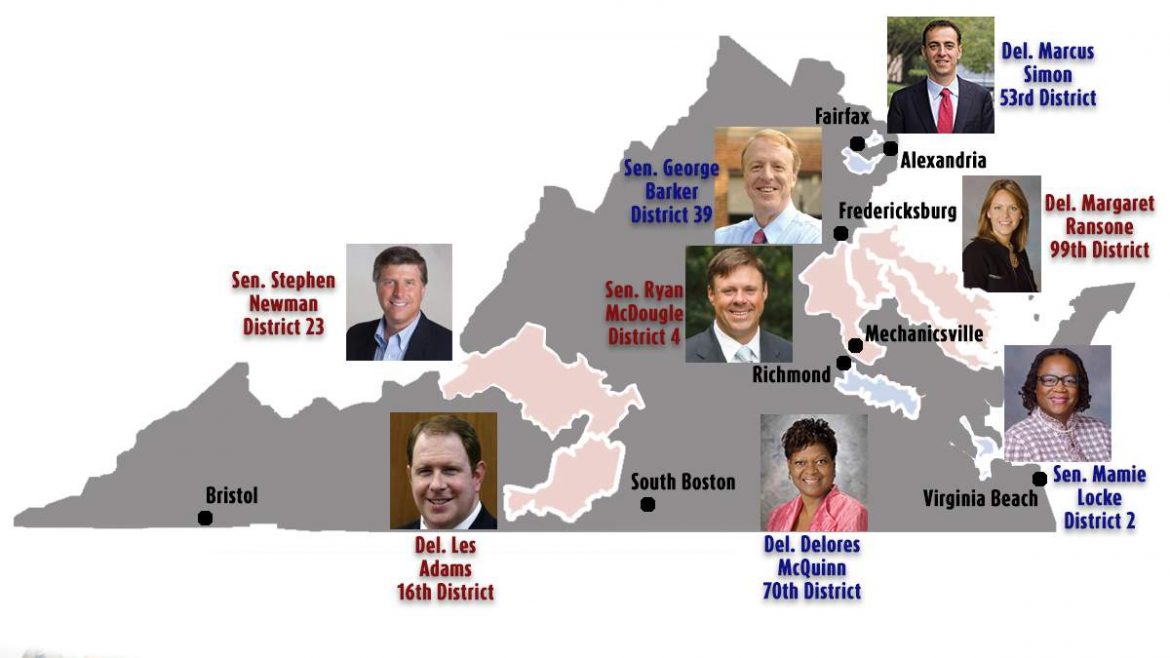 Elected members of the new bipartisan redistricting commission for Virginia

It’s still not entirely certain, but it looks increasingly like there will not be time for the new Virginia Bipartisan Redistricting Commission to create new maps in time for the House of Delegates to run on them in November of this year.

As such, members of the House of Delegates elected or re-elected this year, will have to run again in 2022, when there will be new districts, and then in 2023, when there also will be new State Senate districts.

That’s because the Trump administration did not finalize 2020 Census data before it left office.  The last word was the data would not be finalized and sent to the states for redistricting of federal, state and local seats until March 6.

According to an email I got from an advocate for bipartisan redistricting:  “Whether they have to run in a special election in 2022 or not remains to be seen…The Commission’s work does not change, nor does their timeline. They still have to draw maps within 45 days of receiving the Census data, so maps will most likely be established this year, just not in time for the election timeline.”

More than likely, the new Biden administration will finalize the Census this year, although black and Hispanic groups are pressuring them to redo the count.

According to the liberal “Dogwood Daily,”    “Regardless of what happens with voting districts. Virginia’s statewide primaries, for example, will still take place in June [8th].”

This means the filing deadline for a June primary would be sometime in late March or early April – and, if the Republican Party of Virginia gets its act together to hold either an in-person or unassembled convention for statewide candidates, that would have to be before June 8.

“The state still has a few options. If the Assembly is determined to try and push through new districts this year, they can change the date for primaries involving districts. Typically, a bill is introduced in the short session and pushes the date back to August. However, that didn’t happen this year.

But I doubt the Democrats who control Richmond will do that.  Although their General Assembly members first supported the constitutional amendment to create bipartisan redistricting, they sicked their state and local parties against it .  Democrats, I believe, would rather run in the same districts in 2021 as they did in 2019, when they regained control of the House and Senate – in large part by getting a federal court to redo several senate and house districts to Democrat advantage on racial gerrymandering charges.

In addition, having to run three years in a row does not bother them, as the Democrats feel Virginia has turned “blue” and that despite the cost and agony of running every year, 2022 could be another national midterm election “Blue wave” that will sweep Democrats into office up and down the ballot.   I don’t know how incumbents can handle three elections in a row given the fact they are in session in January and February and cannot do fundraising.

Republicans need only six seats to regain control of the House of Delegates, but if 2019 is repeated in 2021, it seems having to run in the same districts this year will make that more difficult – especially given the divisions in the GOP over Trump and a number of issues.