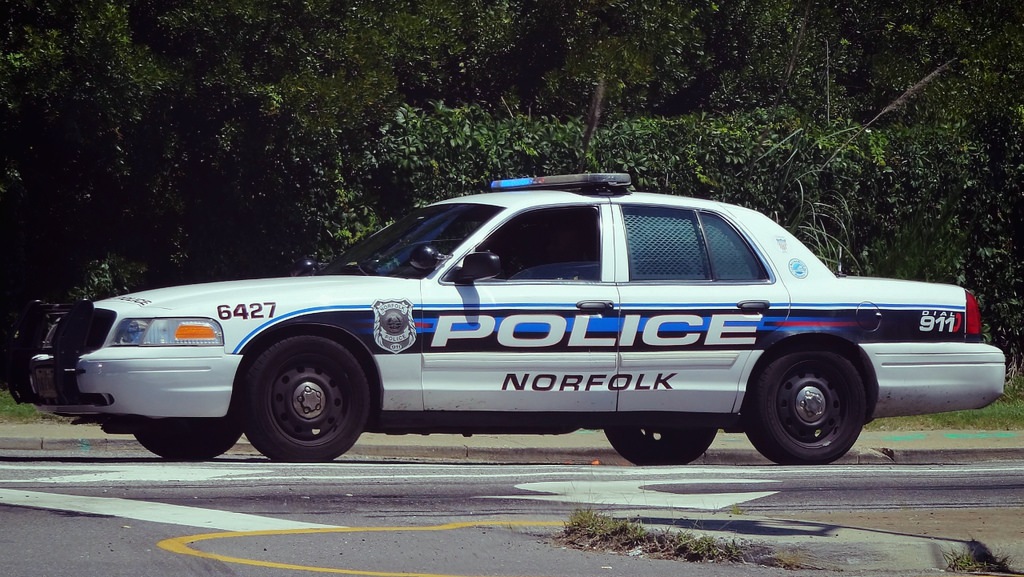 Norfolk GOP has long held its Saturday morning breakfasts in a side room at Charlieâ€™s American Cafe on Granby street.Â  Not anymore.Â  The group has been banned from the restaurant after nasty arguments, obscenities, threats of fights, pushing and shoving happened at their meeting on Saturday morning.Â  Owner of the restaurant Ted Warren said,

â€œWeâ€™re a family-friendly place. The f-bombs were flying, from the very beginning it was â€˜keep your voices down.â€™ Other customers could hear it. We were packed.â€

It seems the argument was centered around a young campaign professional, Cole Trower, who wants to run for a leadership position in Norfolk GOP.Â  Tom Cherry, the current Chairman of the group sought rule changes for their convention next month. From the Pilotonline.com:Â

The Saturday rift also was fueled by another disagreement between Cherry and GOP campaign professional Cole Trower, who wants to be elected to the city GOPâ€™s board. Cherry had unsuccessfully sought a rule change recently that would bar anyone who was paid to work on a campaign in the previous six months from being elected chairman or vice chairman.

Cherry denied it was aimed at Trower, who argued it was.

The two got into an argument, witnesses said, in part because Cherry was showing a flyer after the meeting that noted Trower, 25, had been arrested in 2014 and pleaded guilty to misdemeanor charges of disorderly conduct and assault while a student at James Madison University. Trower said Monday the charges were related to drunken behavior when he tried to re-enter a party.

Cherry said it was fair to bring up the arrest because he was being attacked: â€œWhen youâ€™re thrown a punch, you throw one back.â€

The convention rules were also changed to raise the filing fee for candidates from $100 to $500.Â  Cherry’s group also wanted to begin the convention on a weeknight at 6:00 pm. Later they agreed to a 7:00 start time.

The argumentÂ between Cherry and Tower devolvedÂ into the group yelling profanities, men shoving each other and threatening fisticuffs.

More on the melee here.Â Â

UPDATE: Cole Trower is not just running to be on the executive board of the Norfolk Republican Committee,Â Â he’s running for Chairman. 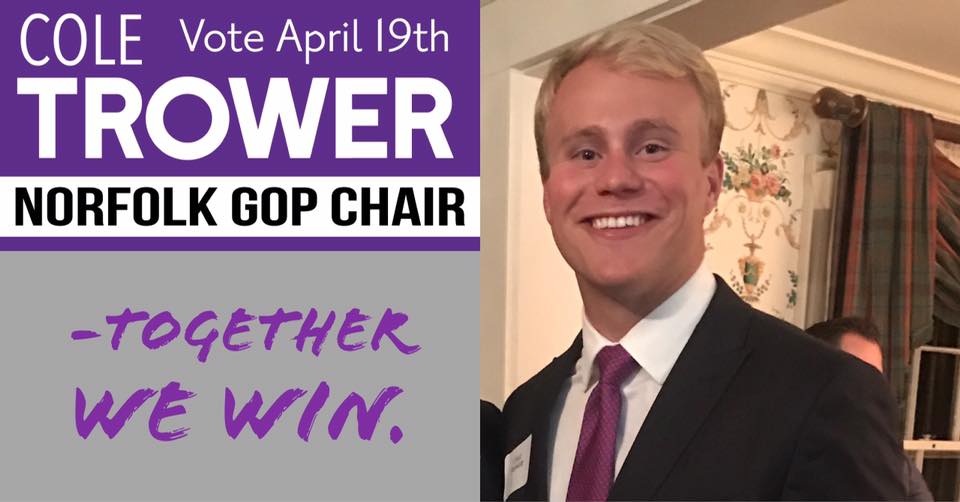 What happened in Newport News? Glenn Youngkin Campaign [strategist?] melts down, adds to history of bad behavior – The Bull Elephant May 5, 2021 at 3:06 pm

[…] on Trower’s past bad behaviors in public here and […]

This is a pattern. Where ever Cole Trower goes, trouble follows

At first I thought Ron Meyer moved to Norfolk? The article above makes it look like Trower and Cherry were in Bloodsport, but upon reading the Pilot it clearly states that both of them had their private argument away from the unidentified GOP hooligans.

Give me a call. I will tell you what went on at this meeting. The Pilot has exagerated of course.

There were no F bombs and obsecenities. Congressman Taylor’s staff was there, and the entire meeting was recorded.

This whole situation can be laid at the door of the current Chairman, Tom Cherry.

Ah ,
Reminiscent of the Campbell County Republican Mass Meeting about 4 years ago.
Don’t you hate when people change the rules while your playing to possibly suit the rule changer himself.

6 year old brats do this in kickball.
They say;
I’m taking my Ball and goin home.
The others say;
go play with yourself.

Wish we could get enough attendance at our meetings to have that kind of drama.

I think it was Times Dispatch
Shapiro said the party has drove members to work with the other side to get issues addressed.
I know if one of my Subcontractors can’t accomplish what I need , I move on to another maybe not immediately but it creates a fork in the road but on that note I do play well with others, it is a Team thing.