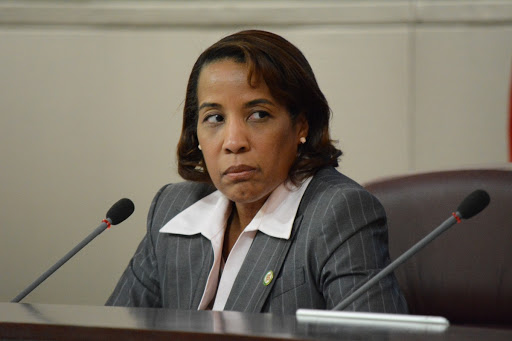 As expected, Governor Northam has announced that he will allow Northern Virginia to remain closed for “at least” two weeks after the rest of the state begins to reopen on Friday.

Whatever happened to Northam’s “One Virginia” where he said he would not allow parts of the state to open while other parts remained closed? He felt sorry for the businesses in Bristol Virginia who watched their customers shop and dine across the street in Bristol Tennessee but he would not allow them to open until Richmond and NOVA were also open. Our Governor is a hypocrite of the first degree. Despite what he said just a few weeks ago, the Governor will allow parts of the state to remain closed until all businesses in the region have been destroyed if that’s what their leaders choose. One-quarter of Virginians live in Northern Virginia.

Loudoun’s Chairman of the Board of Supervisors, Phyllis Randall (needless to say, a Democrat) has said Loudoun may not meet the necessary criteria for reopening for many months. From her Facebook page:

“Increased testing and tracing (second subjective criteria)
QUESTION: When is it enough and when will we reach that number?

ANSWER: Enough means we can test people even when they are not symptomatic and can trace test. Getting to this number could be many months.“

This means no school in the fall. All of Loudoun’s restaurants, breweries, and wineries will fail, along with all other small businesses. The only people with jobs will be those who work for the federal government or their contractors. With virtually no tax revenue coming into our state and counties, our taxes will be raised sky high and Northam and the other Democrats will demand the federal government bailout Virginia.

Loudoun is doing better on COVID-19 than the rest of the state, but no matter, it will remain closed as long as Randall wants it closed. From VPAP.org:

Why isn’t Trump leading and telling these Blue states and regions they must reopen? Trump shut the country down, why isn’t he leading the charge to reopen it?

An unemployment rate of between 10% and 15% in the fall will guarantee a Democrat in the White House and both Houses of Congress. Trump needs to counter this, now.

The Governor has not said how long Phase One of reopening Virginia will last. NOVA leaders will not say how long they will keep the region closed. We know nothing other than Northam, the other Democrat leaders in Virginia, and the other Blue states, want our economy to collapse. It’s ALL about the politics for Democrats. They don’t care one whit about the people. The end ALWAYS justifies the means, and the end is all about winning, regardless of how many lives are destroyed in the process.