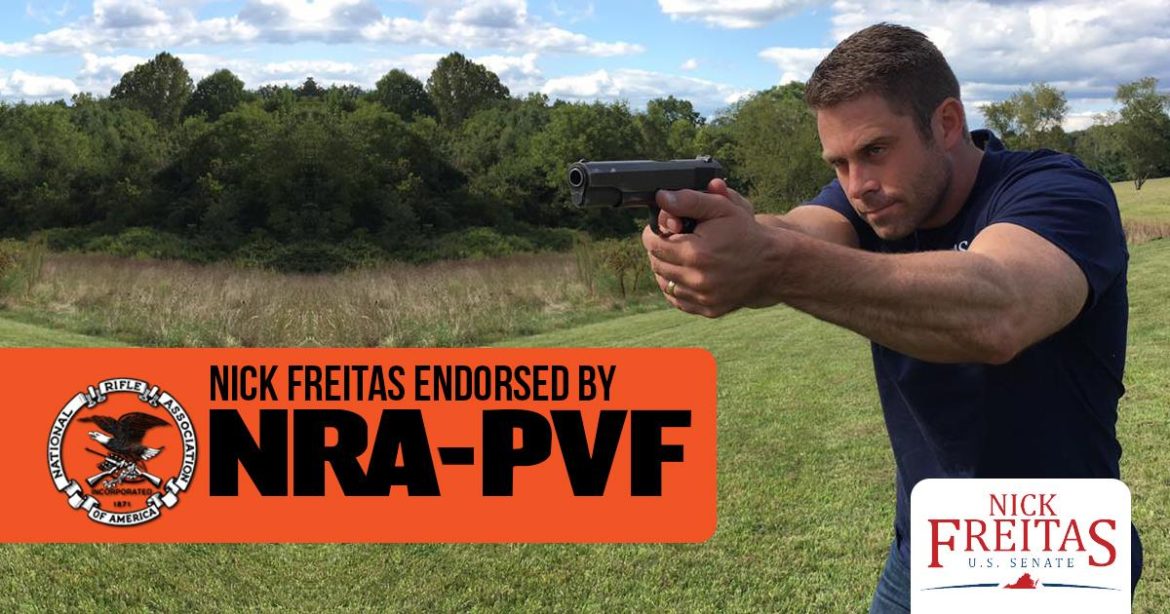 The National Rifle Associationâ€™s Political Victory Fund has endorsed Delegate Nick Freitas for Senate. He is the only candidate to receive an A+ ratingÂ  with â€œ an excellent voting record on all critical NRA issues,â€ along withâ€œvigorous effort to promote and defend the Second Amendment.â€

Delegate Freitas responded to the endorsement, “I am proud to receive the NRAâ€™s Political Victory Fund endorsement and to have received an A+ rating. Iâ€™ve pledged to defend the Second Amendment and unlike other candidates in this race, Iâ€™ve got the record to prove it.â€

The National Association for Gun Rights has also endorsed Delegate Freita and given him an A+ rating.

Nick Freitas speech in the House of Delegates on gun control went viral, having been seen by 40 million. It’s worth another look:

More on candidate Freitas and his endorsements here.Â