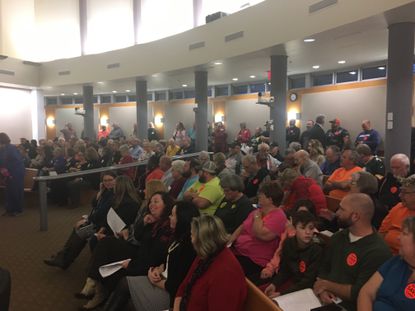 The Board of Supervisors of James City County addressed the gun sanctuary situation.  Involved was a resolution making(?) the County a Sanctuary county. Although I did not see the final vote, it was unanimously in favor of the resolution.  Here are my observations regarding the commentary leading up to the vote:

At this point, there doesn’t appear to be any specific action associated with the resolution – other than to send it along to Richmond.  It remains to be seen what the County sheriff will do. Will he enforce the laws against the gun owning citizenry or simply ignore the laws and leave the State Police to fend for themselves?

I close with the fact that the Chief of Police in Detroit has recommended that his citizenry arm themselves.  His argument is simple – the police are understaffed and can’t be everywhere. Detroit, therefore, is more than a gun sanctuary, it is a pro-gun and pro second amendment city.