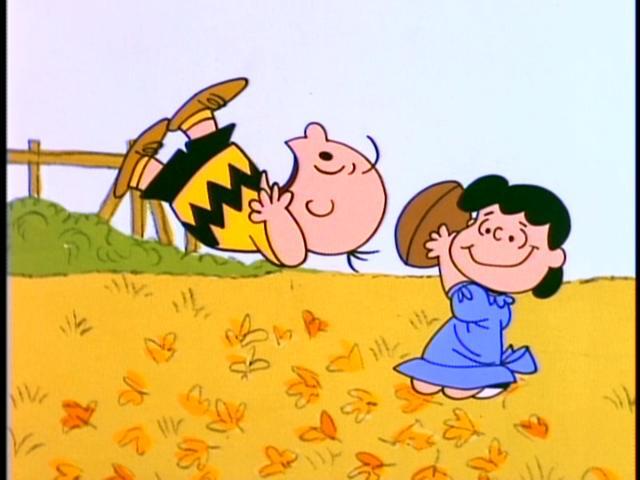 Another year, another Christmas, and another giant, pork-filled, budget-busting, debt-increasing, “pass-it-or-the-government-will-get-shut-down-and-we’ll-be-blamed-for-it,” omnibus spending bill has landed on the desks of the members of the U.S. House.  Newly-minted Speaker Paul Ryan has graciously given House Members, and the public, a whole TWO DAYS to try and read through this 2000 page nightmare.

Not only that, but Ryan is most likely going to pass this bill with a majority of Democrat votes and a select number of Republican votes.  This violates the Hastert Rule which states that legislation would not be brought to the floor for a vote unless a majority of Republicans support it.  Ryan promised that he would follow the Hastert Rule if he was elected speaker, and at the first major opportunity he is ditching that promise.

What juicy nuggets are in this bill?  Well, let’s see:

The bill provides $1.6 Billion to re-settle illegal immigrants through 2018, and does nothing to stop the settlement of Iraqi and Syrian refugees in the US, despite the blatant security issues in those programs.

The bill provides Obama the ability to fund the Green Climate Fund which is part of the new Paris Climate Deal.  The fund is designed to transfer money from wealthy countries to third world countries as a way of us apologizing for ruining the planet.

The bill includes language that will TRIPLE the number of H-2B visas for foreign workers competing for more low-skilled positions with American citizens.

The bill suspends the medical device tax as well as the “Cadillac tax” on high-cost employer health care plans, which takes away the incentive for businesses and interest groups to forcefully work for a repeal of Obamacare.

And what did we get out of this “grand compromise” that the White House says “met President Barack Obama’s priorities”?  Well, we are going to let American oil companies export crude oil.

This is a perfect example of why people are upset.  This omnibus bill represents everything wrong with Washington today.  Budget and spending bills are put off, and delayed, and ignored until it is too late to do anything about it. Then we are told we need to swallow these giant horse-pills to keep the government going.  I was willing to cut Republicans a little bit of slack in 2014 because we didn’t control the Senate and Harry Reid was blocking everything he was being sent, but that excuse doesn’t fly anymore.

We control the House.  We control the Senate.  If Congress had been doing their jobs the dozen or so Appropriations bills would have worked their way through the proper Committee process and been dealt with one at a time, with less ability for the Democrats to grandstand, and no real threats of shutting down the government.

Ryan is promising that next year things will be different.  We are being told that, “this is all Boehner’s fault.”  That he left this mess that Ryan had to clean up.  Except next year we will be in the middle of the Presidential campaign, and nobody will want the threat of a government shutdown to derail our Republican candidate.  Then even if we win the Presidency, we will be told that we have to pass just ONE MORE omnibus to get past the final days of Barack Obama.

Is it any wonder why people are so frustrated with government?  Is it really a mystery why someone like Donald Trump can have such strong poll numbers?  The American people are tired of feeling like Charlie Brown trying to kick the football, while Republican leadership is Lucy pulling the football away at the last second once again.

The corporate wing of the Republican party complains bitterly about the anger of the grass roots, the rise of the Tea Party, and the (so far) dominance of Donald Trump in the Presidential primary polls, but they need to realize they have only themselves to blame.  If you want to deal with the anger and the disillusionment and the mistrust, then there is a very simple solution to it all.

KEEP YOUR PROMISES, AND DO THE JOBS YOU WERE ELECTED TO DO.

We have no one to blame but ourselves. Conservatives fall for the “most electable” line all the time and we end up with the Romney, McCain people as our candidates. Comstock was endorsed by Mark Levine and now has a voting record worse than Dem. Congresswoman Maxine Waters and it’s only her first term in office. But guess who send them there? The voters. Stop blaming the politicians – we put them there.

[…] for President. Conclude what you will.  We have previously written how bad the Omnibus Bill is, here and […]

So, when do the pitchforks come out?

Not too many people have pitchforks any more.

I’m not sure everyone completely comprehends that this is not just a budgetary spending allocation bill BUT also a 233 page tax subsidy bill as well. The tax bill section INCLUDES THE COMPLETE LIST of Democratic tax extenders NOT a single one of which was stripped out by the Republican majority thereby codifying them in the budgetary process. Everyone of Obama’s green subsidies were extended and Obama’s executive order based expanded eligibility for the earned income tax credit and the refundable portion of the child tax credit under his current open immigration policies were codified without any effort at reforming the main welfare programs themselves, a death blow to the only major fiscal reform Republicans have enacted in two decades, the 1996 welfare reform bill. The deal removes for two years the tax on “Cadillac” insurance plans and medical devices and blocks the enactment of the health insurance tax for 2017, a transparent ploy by K Street and the GOP establishment to repeal only the Obamacare provisions most opposed by corporate lobbyists. The bill not only fails to defund the resettlement program, but fully refunds the broader resettlement effort at $1.67 billion. This is just a few of the nuggets that have been included (minus the individual Senator program pork rinds) without a trace of underlying funding which blows out spending appropriations by over $53 billion from just last year alone! By the way if you are a working class American unemployed or underemployed by the Obama hope and change economy you are looking at a very difficult future, as the bill quadruples the number of H-2B visas for next year and since we lack a reliable, working tracking system these individuals and their US born children will unlikely ever return home, as the children will be granted automatic citizenship and can secure welfare benefits on the parents’ behalf under programs discussed above. Why do we even have a Republican Party, let alone majority, as this bill and it’s tax extenders might as well have been produced by Nancy Pelosi and her Obama Democrats. This completely disgraceful effort may have accomplished one more thing, not just a major blow to the Republican establishment’s future re-election prospects, but the actual electoral death of the party of Mitch McConnell and Paul Ryan and a tremendous boost to guaranteeing the upcoming Republican presidential nomination to Donald Trump. It’s just stunning in it’s hopeless, unthinking, self destructive, political craziness. It seems they are almost crying out to be put out of their misery and removed from elected office.

You left out the Cybersecurity bill which serves to nullify the Freedom act.

The presidency is not the priority of the ruling class.

We should ask our party apparatus and our elected officials their position on this and take careful note of their responses. Are WE part of the problem or part of the solution?

Even with a Republican House and Senate, nothing changes. Obama gets what he wants and the hell with the American people. Is it any wonder why people support Trump?

Don’t blame this on Obama and Democrats. It is the Republicans who have the majority in the House and the Senate. This is both parties annual gift to the American Corporation.

Ryan is a liar.

It’s our own damn fault. Where did our Congresscritters fall on this?