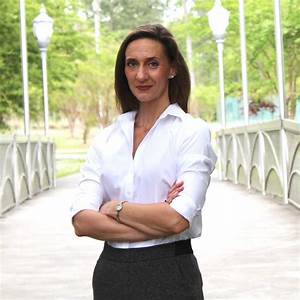 Op/Ed by Gina Ciarcia: My Fight is Right Here

My husbandâ€™s pager began to beep.

Sitting on the couch in front of the TV, we had just watched the second plane fly into the South Tower of the World Trade Center. Deliberate. Intentional. Not an unfortunate accident. A premeditated attack. I held our little infant, born just a couple of weeks earlier. I was uncertain of what all this would mean. Like every other American, I was horrified by the scale of the death and destruction on our own soil, and I, too, was incensed by the audacity of its perpetrators.

By mid-September, my husband and his Force Reconnaissance team had departed from Camp Lejeune and were on the ground in Afghanistan sleeping in tents, eating MREs, and clearing caves in search of the troglodytes responsible for 9/11. Americans were primed for retaliation. We were at war, and we intended to make the al-Qaeda terrorists and the Taliban, their facilitators, regret what they had done to usâ€”to our people; to our homeland.

We came in hot. We rained down our fury on their heads. If the world wasnâ€™t sure before, they would know unequivocally that you do not attack America without paying a price too heavy to bear. Sure, there had been the USS Cole, and the embassy in Kenya, but this was different. They had poked the sleeping giant too hard this time, and in his own bed at that. Now it was personal, and so our air strikes lit them up accordingly.

I wrote letters to my husband, the kind you send through the mail. We also emailed, but the dial-up was slow and cranky. He called a couple times a month, and if I wasnâ€™t home when he did, I missed his call.

As I write this, it is our sonâ€™s twentieth birthday. America is no longer the country she was at 8:45am on the morning of September 11th, 2001. The Taliban is dictating the terms of our shameful and botched retreat. It is likely we will abandon many of our own citizens to those same murderous barbarians we sought to annihilate twenty years ago. Our allies are incredulous; our enemies are emboldened; our veterans are disillusioned.

On the home front, the solidarity brought about by 9/11 has vaporized and bitter division wreaks endless havoc. We are constantly biting and tearing at one other. Police who were hailed as heroes are now derided as pigs. Neighbors have turned against neighbors, and school children are bringing home permission slips in order to participate in the daily recitation of the Pledge of Allegiance. The body politic is crippled, and from the White House to the schoolhouse, and every institution in between, Americans distrust their leaders.

We have lost our way. Our national identity crisis is coming full circle, and weâ€™re a hot mess. The wisest course now is to look to the past to remind ourselves of who we are and what we believe. Unfortunately, weâ€™ve allowed the birds to devour most of our bread trail that leads back home. Fools have encouraged us to jettison our history and reject its wisdom, and we have complied. Contemptuous academics in our universities extol Castro and disparage Jefferson. We snarl at our nationâ€™s greatest men while bemoaning the anemic leadership of our own time.

This national schizophrenia has led us to a most unhappy place, and a dangerous one at that. Our enumerated rights are assailed regularly, and there arenâ€™t enough safe spaces for the offended multitudes. Politically and socially, our position is precarious. Justice Learned Hand once stated, â€œLiberty lies in the hearts of men and women, and when it dies there no constitution, no court, no law can do much to help it.â€ America is in cardiac arrest.

Our country is so much more than the geographical space she occupies. The men and women who fought in Afghanistan were in large part fighting for an idea: a unique and exceptional idea called â€œAmerica.â€ Thousands of years of western political thought had finally and grandly culminated in the audacious truths stated in our Declaration of Independence. The structure of our government prescribed in our Constitution has proved itself to be the most sagacious in the history of the world. America was, and truly is, remarkable, and it is right that we should say so.

Although we are in crisis, I have faith America will pull through. Undoubtedly, there must be a changing of the guard, which necessitates that everyone of us must get involved in politics at every level: city, county, state, and federal. We must scrutinize candidates, attend meetings, hold elected officials accountable, and walk into the voting booth fully informed. Is this inconvenient? Yes, but so is capitulation to the Taliban; so are thousands of Afghan refugees; so is international ignominy. The time of sitting on the sidelines is long past, friends.

As a wife of a veteran, a mother of five, and an educator, Iâ€™ve made the choice to run for delegate in Virginiaâ€™s second district because I care deeply about the next generation. It is our responsibility to hand off the country better than we received it. I love Virginia and her place in our great American story. I love my neighbors, and I want to represent them and be their voice in Richmond.

My husbandâ€™s fight was over there; my fight is right here. May God bless our efforts, and may God bless America!

Gina Ciarcia is running for Virginiaâ€™s House of Delegates in District 2. Find out more about her campaign at www.ginaforvirginia.com.

Serving our country has always been the only way of life for Gina Ciarcia. Gina is the proud wife of a retired Marine officer and mother of five. Both in and out of the classroom, Gina has devoted her time and energy to providing quality education to her children and students through years of homeschooling, tutoring, and full-time teaching. Knowing first-hand what it means to serve on the home-front, Gina and her family have sacrificed for our country and our American way of life through numerous military deployments and changes of duty stations. Her Christian faith, her family, and her community have always been her top priorities.

The communist liberals are loving this losing in Afghanistan. They want to emulate their Soviet brothers and comrades. They hate this country and want us to be more like Afghanistan.