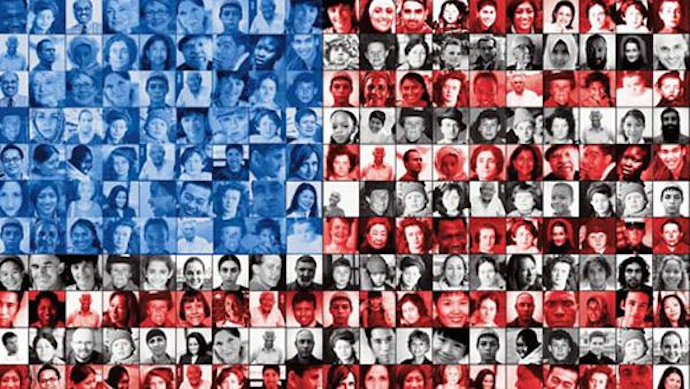 “A Party isn’t diverse just because it says so,” according to Alfonzo Lopez, Delegate to the Virginia General Assembly, representing the 49th District. This tired diatribe is a bitter, futile attempt to discount the slate of Republican candidates for state and local office in Northern Virginia. However, what Delegate Lopez is missing is truly crux of the matter.

The Northern Virginia GOP slate of candidates at the state and local level is composed of both women and men, and multiple ethnicities – no amount of dismissive scoffing will make that less true. If you’re going to be honest and compare apples to apples, that is a significantly more diverse slate than the Democrats are putting up.  (And judging from what former Democrat candidate Atif Qarni has to say on the issue, that lack of diversity on the Democrats’ side might be purposeful).

However, to really understand the magnitude of the diversity the Republicans are bringing to bear this year, one really ought to take a look at the candidates’ backgrounds and credentials. Many are small business owners; several are military veterans; a few are first generation Americans; and a couple of us are even immigrants ourselves.

There is, however, one unifying fact among all the diverse candidates: we are Americans first. The Republican candidates running for office aim to unite instead of divide; we approach solutions holistically as beneficial to ALL of Virginians (or detrimental as such).  Dividing the state into subgroups and factions and creating the perception that their interests are at odds is really the Democrats’ purview.

Diversity in itself is not a value. One’s skin color or ethnic background are not indicators of sound judgement or ability to lead and govern.   Our elected officials have no right to pigeon-hole Virginians into racist subgroups based on misguided, narrow-minded convictions that in order to benefit a segment of the population, we must cause harm to others.

We must uphold the laws of the state, and we must protect Virginians’ ability to retain their earnings.  We owe it to Virginians not to take on more debt, federal mandates, or unfunded liabilities until we can pay for the existing encumbrances and social programs. It is unfair to Virginia’s taxpayers of any color to continue to waste increasing amounts of their hard-earned dollars – money that we can invest in our businesses and create high paying jobs.  That’s money we can spend on our children and ensure they have an education and opportunities. Money we earned.

Ironically, the diversity we Republicans represent was hard-fought.  Several of us are immigrants and children of immigrants who came here seeking social, religious, and economic freedom from oppressive totalitarian regimes. The ever-growing heft of the government programs foisted on us “for our own good” without considering economic consequences hearken back to the very countries we escaped from.

I pledge to represent my diverse district without regard to race, color, ethnicity, or background. Fair and just governance cannot be accomplished in any other way.

Anna Urman is the Republican candidate for Virginia’s 43rd House of Delegates district in Fairfax County. She is Director of the Virginia Procurement Technical Assistance Program, former Director of the South Fairfax Small Business Development Center, and is a principal in a boutique consulting firm, Tactical Insights, LLC. Ms. Urman fled the Soviet Union with her parents in 1988 to emigrate to the United States. She lives in Fairfax with her husband and their two daughters.

молодца, госпожа урмана!
I am the descendant of Russian Jews who fled the pogroms in 1904. My great grandparents, Meyer and Minnie Goldner, and their ten children did not come thousands of miles to re-establish tsarist tyranny on these shores. However, an unhealthy percentage of today’s immigrants – by coming here illegally or by attempting to foist their religious ways on the general population – are trying to recreate the very things they allegedly fled. And the Democrats pander to this lunacy.