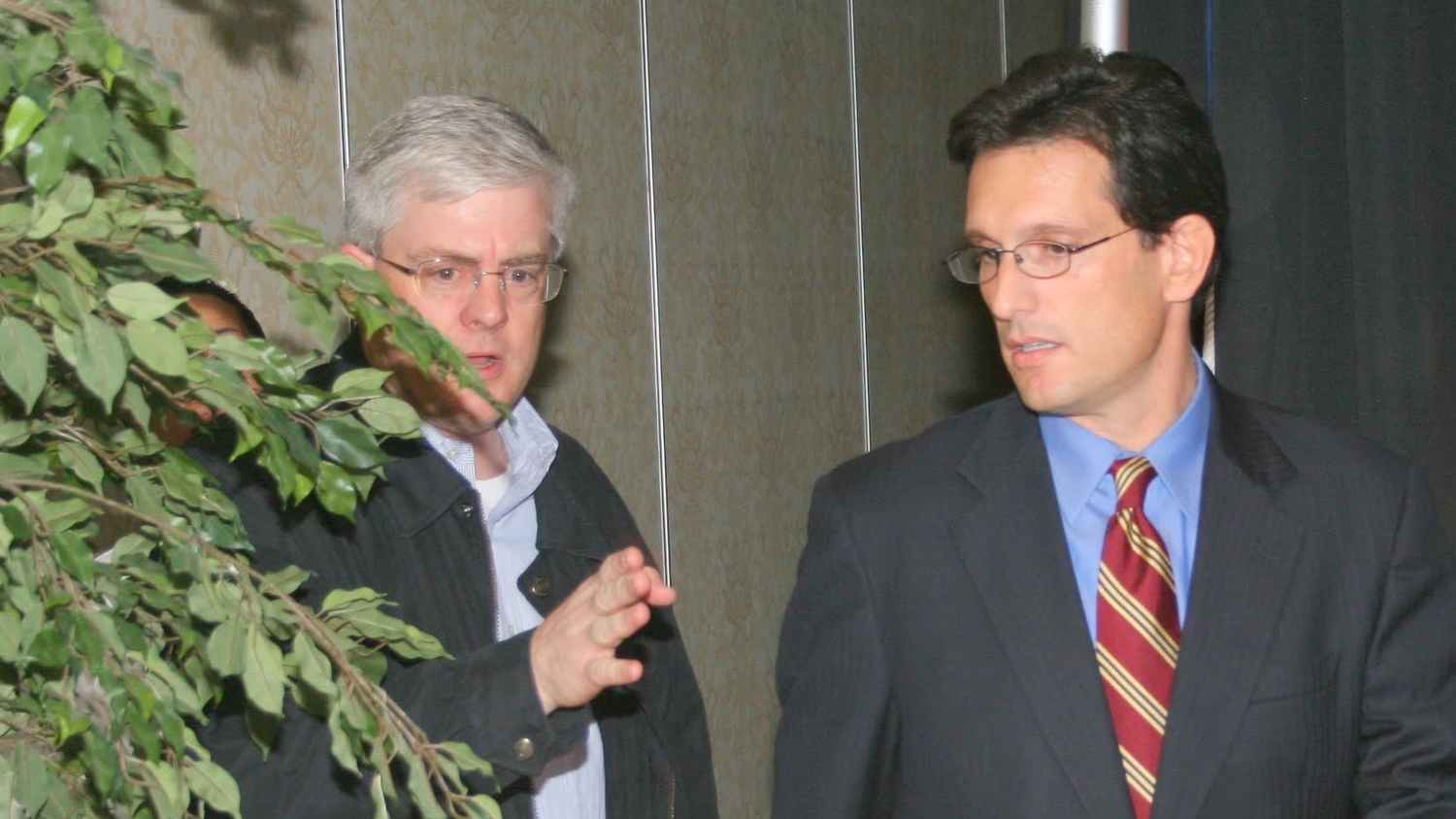 Patent Dishonesty From The Virginia ‘Conservative’ Network In The 8th

Last night, addressing the Arlington County Republican Committee, the leader of the 8th Congressional District VCN/NextGen State Central Committee slate implied that the Conservative Fellowship was some ‘special interest,’ while also claiming her ticket was not beholden to any special interest. This is a complete falsehood, and saying it with a straight face requires unmitigated gall.

Indeed, in her quest to make the case for open primaries (more on this later), this candidate has lied numerous times in this campaign about the state of RPV’s finances and about the history and financial impact of statewide conventions.

I don’t subscribe to the “participation trophy” view of the nomination contest, so I favor party-run processes to choose our nominees. Nevertheless, even if you don’t, you should still support the Fellowship ticket in the 8th. Let me share a number of reasons why.

First, we really AREN’T beholden to anyone. The Fellowship doesn’t stand monolithically for anything beyond a commitment to ensuring the grassroots are given a voice, and to adhering to the values of the Virginia Republican Creed in a broad sense. There is a large diversity of opinion in our group.

In contrast, our opponents are cat’s-paws for many of the folks who seek to control the party from the top down, and are willing to cripple it to make that happen.

The Virginia Conservative Network is the Young Guns Virginia group rebranded. Its core is the same crowd. Eric Cantor, George Allen, Mike Thomas, Mike Wade, and the list goes on. The folks that tried to slate off delegates to Congressional District conventions in 2014. These people see RPV as a cash cow, and believe it is their sinecure to run the party, and that the hoi polloi (the rest of us, actual grassroots Republicans) should simply shut up and take our marching orders from them.

Not least among them is our old friend Ray Allen, who infamously bragged that he would starve the party financially by keeping the donor class from supporting it. Interesting that the main criticism last night by this same State Central candidate was that RPV raised 10% of what DPVA did in the first quarter. If true, she and her allies had a direct hand in ensuring a low fundraising haul. With one hand, they do their best to deprive RPV of the funds needed to be competitive, while on the other, criticizing Chairman Whitbeck and the State Central Committee for a situation of their own creation

[As an aside, the bulk of the Conservative Fellowship wanted a Presidential Nominating Convention. Does anyone seriously doubt that our coffers would be overflowing with cash right now if we’d had our convention in late March, as originally proposed, and it was used to bind our delegates? Even without that contest, this year’s convention is poised to clear hundreds of thousands of dollars. A conservative estimate for a presidential convention had RPV clearing north of $500,000.]

If this lobbyist/consultant-driven crowd regains control of RPV, which they had until 2013, and really until John Whitbeck became Chair, RPV will again be run with the interests of current and former elected officials, establishment candidates, and consultants, and the profit margins of McGuire Woods and Creative Direct in mind. The conflict of interest is massive.

NextGen GOP is a Republican ‘millenial’-themed group founded by former staffers and supporters of Bill Bolling, and allies of the Kilbergs, who supported Terry McAuliffe once Ken Cuccinelli became the obvious gubernatorial nominee for 2013. At the same time, the Rexrode/LaCivita crew somehow got control of Cuccinelli’s campaign, hired this very same State Central Candidate as a staffer, and then tried to turn Ken Cuccinelli into a warm, fuzzy, more moderate version of himself, rather than run him as the unapologetic conservative who won by landslide margins for Attorney General in 2009! You can’t make this up.

Part of the VCN crowd’s claim is competence, supposedly in contrast to the Fellowship. Judging from what I’ve seen out of them, I wouldn’t trust this crew to assemble even a single IKEA bookshelf.

Fun fact: Bobbie Kilberg and her allies held a fundraiser in Virginia for George P. Bush in 2014 for his run for Texas Land Commissioner, but couldn’t manage to assist Virginia’s own conservative candidates. She also couldn’t make up her mind between Chris Christie and Jeb Bush for President this past time. How’d that work out for her?

These are the puppetmasters, along with elements of the House Republican Caucus, behind the VCN/NextGen State Central slate. One of the goals of the VCN is to ‘forestall as many primary challenges as possible.’ These folks are elitist in elemental form.
The candidate in question actually WORKS for George Allen, yet claims she will be an independent conservative voice on State Central, right alongside George Allen’s campaign manager, Mike Thomas, who serves as First Vice Chairman and as a lobbyist for McGuire Woods. Even better, the registered agent for the Virginia Conservative Network is actually located at the address of George Allen Strategies!

I debunked the lies she spread about RPV finances and conventions publicly at several candidate forums, and in emails.

She claimed RPV was broke, and could not afford to pay off the costs of the 2015 Advance to the Homestead. I spoke with both RPV Chairman John Whitbeck and Treasurer Rich Nilsen about this, and learned that our leadership was negotiating a potential price break for holding the advance there in future years, which is why the payment had not been made. There were plenty of funds to cover the cost in RPV’s account.

She also claimed that conventions lose money. This was clearly false, as was easily proved after some research. In 2013, the convention made hundreds of thousands of dollars for the party, allowing it to survive the starvation diet imposed by the VCN crowd. In fact, every convention has made money for RPV, with one exception. This was 2009, when she and her bosses and associates conspired to have the State Central Committee remove the sitting party chairman and install a willing conspirator as his replacement, and then handed the reins on the convention over to the McDonnell campaign. That convention ran far over on expenses, including over $140,000 on production alone. (Remember all the fancy audio-visuals in that convention? Really nice, but not really necessary). That convention lost $76,000 thanks to them. McDonnell’s campaign, to their credit, reimbursed RPV for the $76,000 of RPV’s money that they overspent.

Faced with this evidence, my opponent did not attempt to defend her previous errant assertions, but suddenly stopped using them, without apology or even acknowledgment. This not only demonstrates where her bread is buttered, it goes to her character.

Since then, she’s encouraged delegates to speak to her and her ticketmates privately about conventions. I have little confidence she will be any more truthful in such conversations. Such dishonesty should be a disqualification for election to the Party’s governing body. (For the record, I know several VCN folks who are fine, upstanding individuals, and this is not aimed at them).

I can promise you this: I and my ticketmates will be TRULY independent grassroots conservative voices on the State Central Committee, accountable only to 8th Congressional District Republicans who sent us there. Bank on it.

At the end of the day, THAT is what this election is about: Will Republican Party of Virginia maintain its hard-fought financial and operational independence from the Richmond establishment machine? Will current leadership be allowed to continue reversing the horrible ruin inflicted upon it by its former lobbyist and consultant overlords? Or will we once again make the Party a meaningless empty shell, whose principal usefulness to elected officials is a bulk mail account and as a place to park loyal staffers? Will the Party serve the grassroots, or will it go back to being at the beck and call of current elected officials and their minions?

The choice is clear for grassroots conservatives, and really any Republican interested in having a voice in the party: Elect Robert Kenyon, Paul Blumstein, and Anna Urman to the State Central Committee from the 8th District.

Patent Dishonesty From The Virginia ‘Conservative’ Network In The 8th was last modified: April 22nd, 2016 by Robert Kenyon

Thank goodness we still have Barbara ComObama in the 10th.

[…] So what does he do? He launches into an angry, bitter and incoherent rant about it. This childish response is becoming far too typical within factions of our party. You can read the entire post here. […]

Interesting article. What’s even more interesting is that in October of 2015 Anna Urman sat down for a interview with the Connection Newspaper. During the interview she was asked, “Name three favorite endorsements,” She responded with, “Republican Liberty Caucus of Virginia, VA NextGen GOP, Sen. Mark D. Obenshain.”

I somehow don’t think that’s more interesting than the contents of the article.

Well you wrote this to attack next gen and the vcn so I don’t imagine you would find it interesting that one of your running mates seems to favor those you disdain.

I’m sure she appreciated the endorsement. Nevertheless, the truth of this article matters, and no one is going to fall for your red herring.

No herring of any color. Just an observation.

Because appreciating an endorsement is somehow equivalent to “favoring?” How cute.

Robert if you trust Anna then I will trust her. Thanks for letting folks know about NexGen GOP. I shall keep a sharp eye on them.

I trust Anna implicitly. Just as with VCN, I know a few of the NextGen folks, and they’re fine, but just helping the wrong team. I ran Anna’s campaign last year in the 43rd, and we were grateful for the endorsement in an incredibly tough district. With a few exceptions, I don’t view politics as personal.