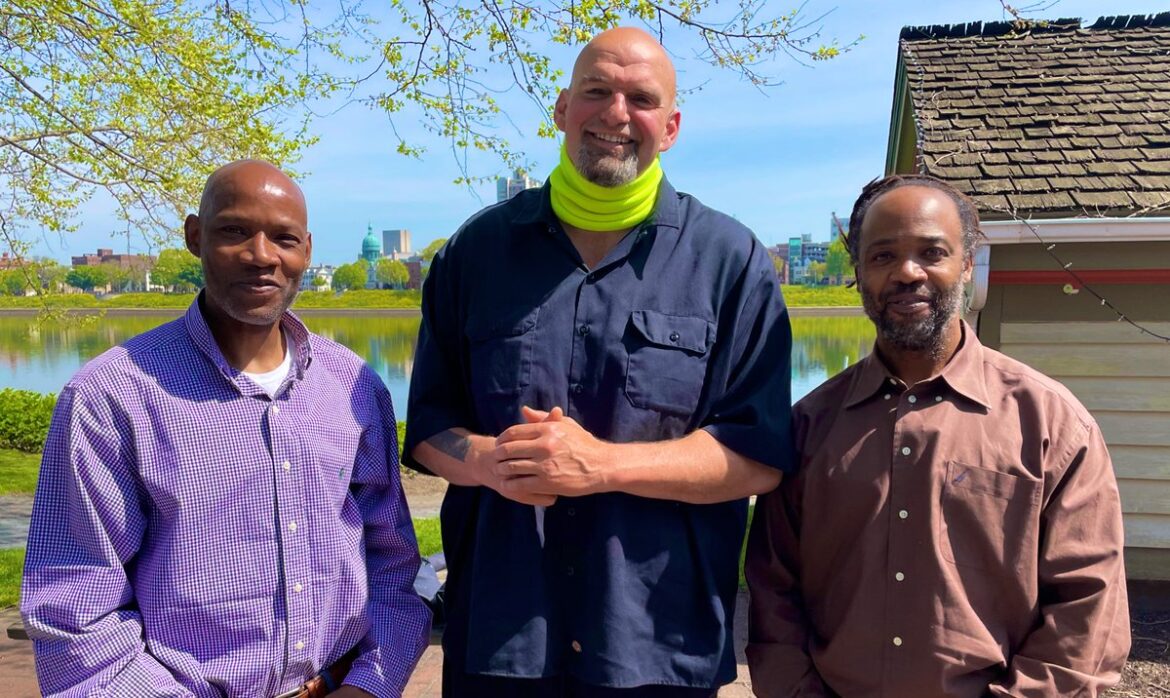 Their conviction was for a murder they actually participated in, as judges — mostly Democrats — have repeatedly concluded over the years, citing a wealth of evidence. They were caught in the getaway car, mere minutes after the crime. Right after their arrest, they were positively identified by witnesses as being the perpetrators. Dennis Horton shot Samuel Alemo multiple times, killing him.

Yet Fetterman dishonestly responded with the claim that the Hortons “spent 27 years in prison for a crime they didn’t commit.”

The progressive media could not be bothered to look at any of the court records showing the Hortons’ guilt or affirming their convictions. Instead, they implied that the Hortons might possibly be innocent, because the Hortons themselves claim that, and because their sentence was commuted. But criminals typically lie when they claim to be innocent, and the Hortons are obviously lying. Their dishonesty and lack of remorse are why Fetterman was wrong to hire them. The Hortons are unrepentant liars who show no remorse for the loss of human life.

And as any reporter should know, a commutation does not vacate, or call into question, a conviction. It is a way of showing leniency to a guilty offender who is viewed as having been punished enough already. Journalists admit as much when they don’t sympathize with the person whose sentence was commuted. When the Republican official Scooter Libby had his sentence for perjury commuted, no journalist anywhere in America took that as proof of his innocence. The fact that Pennsylvania let two murderers out after 27 years doesn’t prove they were innocent. Most guilty murderers serve less than 27 years in prison.

Some in the media gullibly swallowed the Hortons’ claims whole, even when they were contradicted by court rulings. As a lawyer, best-selling author, and former federal appeals court clerk notes, here’s how the gullible Chris Hayes of MSNBC  (“who majored in ‘Easily Fooled’ studies at Brown University”) tells the Hortons’ “actual story” (a story that is not the actual truth):

“According to brothers Dennis and Lee Horton, on Memorial Day 1993, they were out for a joyride when they picked up their friend, a guy named Robert Leaf.

“What they did not know was that Leaf had just murdered Samuel Alemo and was currently being pursued by the police. They were pulled over and all three men were arrested.

“The police involved with the case were accused of using a whole host of problematic tactics during the investigation [accusations laughed out of court by Democratic judges]; eyewitnesses changed their story [they did not] after prosecutors tried to pin the crime on all three of them — the Hortons as well.

“And the district attorney’s case file, which was not made available till 2018….included a note stating Leaf is the shooter and a police note indicating Leaf acknowledged his role — all seeming to clear the Hortons. [It did not.]

The Horton brothers, who are black, refused a plea agreement because they said they didn’t want to plead guilty to a crime they did not commit.”

Below, I have edited Hayes’ description to include only those parts that are relevant and actually true:

“They were … pulled over and all three men were arrested.

“The Horton brothers … are black.”

Luckily for people interested in knowing the truth — a group that decidedly does not include Chris Hayes — the Horton brothers spent their years in prison clogging up the courts with frivolous appeals…In dismissing their most recent appeal, here’s how the Pennsylvania Superior Court summarized the “evidence adduced at trial” — that is, evidence presented in open court, supported by physical evidence and eyewitness testimony, subjected to cross-examination, and believed by 12 members of a jury:

“During the course of the robbery, [Dennis Horton], who was carrying a rifle, shot Samuel Alemo multiple times. Alemo later died from his gunshot wounds. [Dennis Horton] also shot Luz Archella and her daughter Luz Martinez, injuring both. Leaf brandished what appeared to be a black pistol while Lee took money from bar patrons. After leaving the bar, the three men fled in a blue automobile.

“A passerby was able to supply police with a description of the vehicle and a partial license plate number. A radio call was sent out, which included a description of the three assailants, their vehicle, and the last four digits of the license plate. A police officer observed the vehicle a short time later only a mile from the crime scene, and placed [Dennis Horton] and his companions under arrest.

“Police recovered a .22-caliber semiautomatic rifle from the backseat of the car, as well as a black pellet gun under the front passenger seat. Ballistics testing identified the rifle as the same weapon used during the robbery at Filito’s. [Horton], Lee, and Leaf … were taken to the hospital where Martinez and her daughter, as well as another bar patron, Miguel DeJesus, identified them as the robbers.”

(The judges, incidentally, were all Democrats, including the only black woman on the 38-member appellate court, who subscribes to the theory that prison is “The New Jim Crow.”)

As you can see right away, one problem with the media’s version of events is: What the hell happened to the other two guys?

This was a daytime robbery of a bar, where two of the perpetrators walked around, taking the patrons’ wallets at gunpoint — not a nighttime mugging witnessed from 20 yards away. The victims had plenty of time to observe the perps. However much criminal defense lawyers attack eyewitness testimony, the patrons certainly knew it was three guys, not one; that they were black, not white; and they were male, not female.

But more important, right after the murdering thieves sped off, a passerby called the police with a description of the car, including four of six numbers from the license plate. Within minutes, that very car was stopped by the police a mile from the bar. And you’ll never guess what they found in that car … three black guys and a recently fired rifle!

Explain, again, how the Horton brothers happened to be in that car?

Right after their arrest, all three men were positively identified at the hospital by the people they’d shot at earlier that day. But even without that identification, again: They were caught in the getaway car, mere minutes after the crime.

So if I understand it correctly, [Hayes’s] theory of the crime is as follows:

Immediately after the robbery — and I mean immediately! — Leaf told his REAL accomplices: I’ve got a fantastic idea! You guys get out of the car. I know these two brothers — the Hortons — who look exactly like you and I’m pretty sure are wearing the exact same clothes. Also, their car is identical to yours and — you’ll never believe this — their license plate number is only off by two digits. I’ll just call them to come pick me up and wait here by the side of the road with the long-barreled — and easy to conceal! — rifle we just fired — OH CRAP! IT’S THE POLICE!Look, it would be one thing if Fetterman defended his years-long PR campaign on behalf of the murdering Horton brothers by saying, They’ve served long enough! Everybody deserves a second chance…. in that case, at least Fetterman would only be a …. fool, and not a despicable, bald-faced liar

Unfortunately, the death penalty was not applied to these murderers. So we spent millions on housing, food, clothing, and court silliness. Now they are out running around and are much better prepared to kill again.

Denial is a river Democrats drink deeply from.