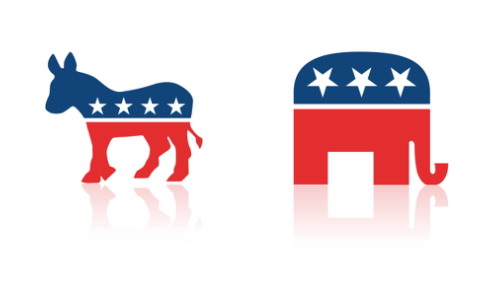 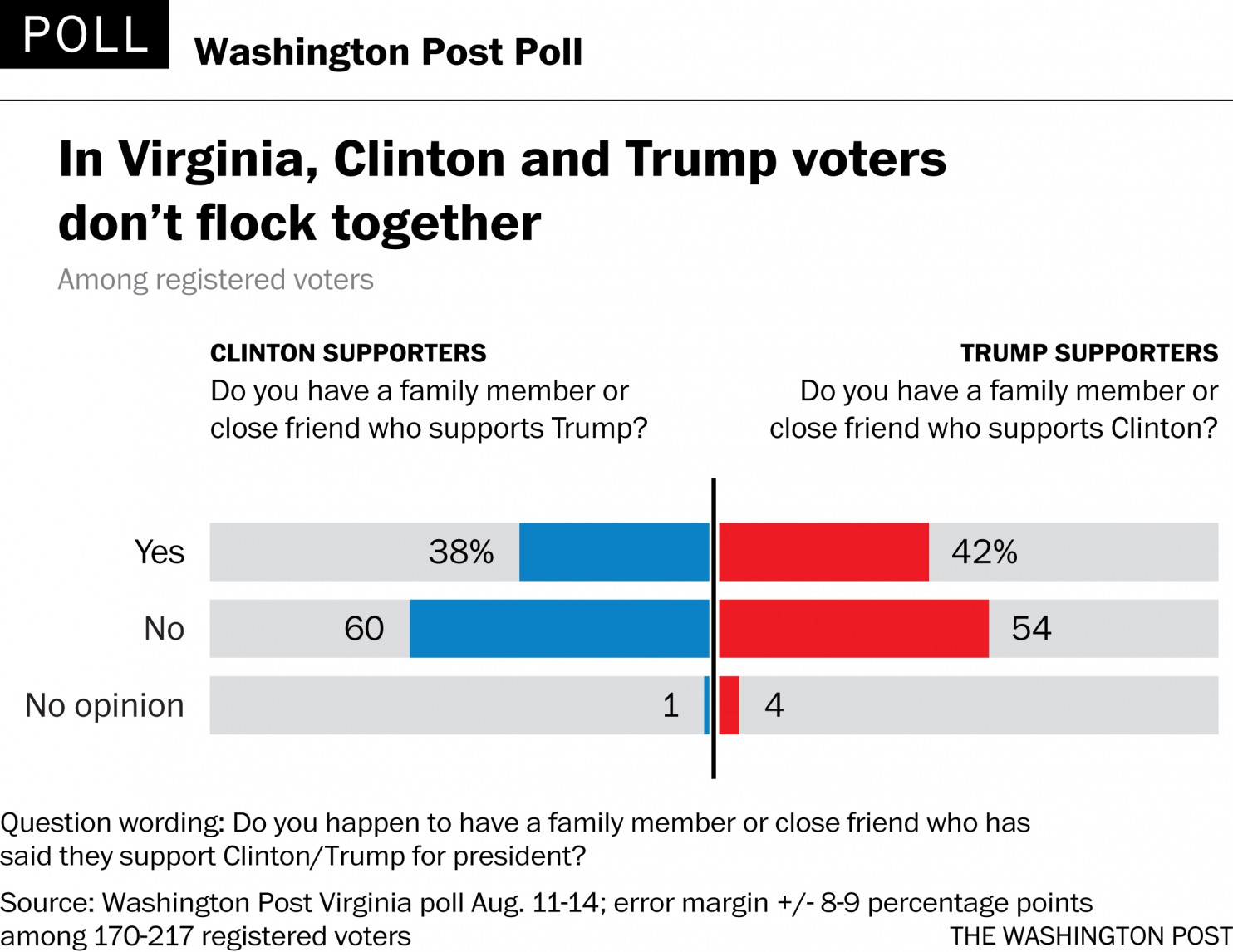 It seems more and more people are practicing  “sorting” living in neighborhoods where people think as they do. This sorting includes churches, schools, and clubs. From the Washington Post,

And I thought it was only folks like me who are involved in politics and therefore surrounded by like minded people.  Even my neighborhood is 100% Republican, and very strong Republicans. Apparently I am not alone and such neighborhoods are common across the commonwealth.

This year many voters on both sides don’t want to admit who they are supporting for President.  Both candidates are strongly disliked by a large segment of the population,

“Most people think that one of them is the devil and the other one is just slightly more acceptable than the devil,” said Quentin Kidd, a Christopher Newport University political scientist and director of CNU’s Wason Center for Public Policy. 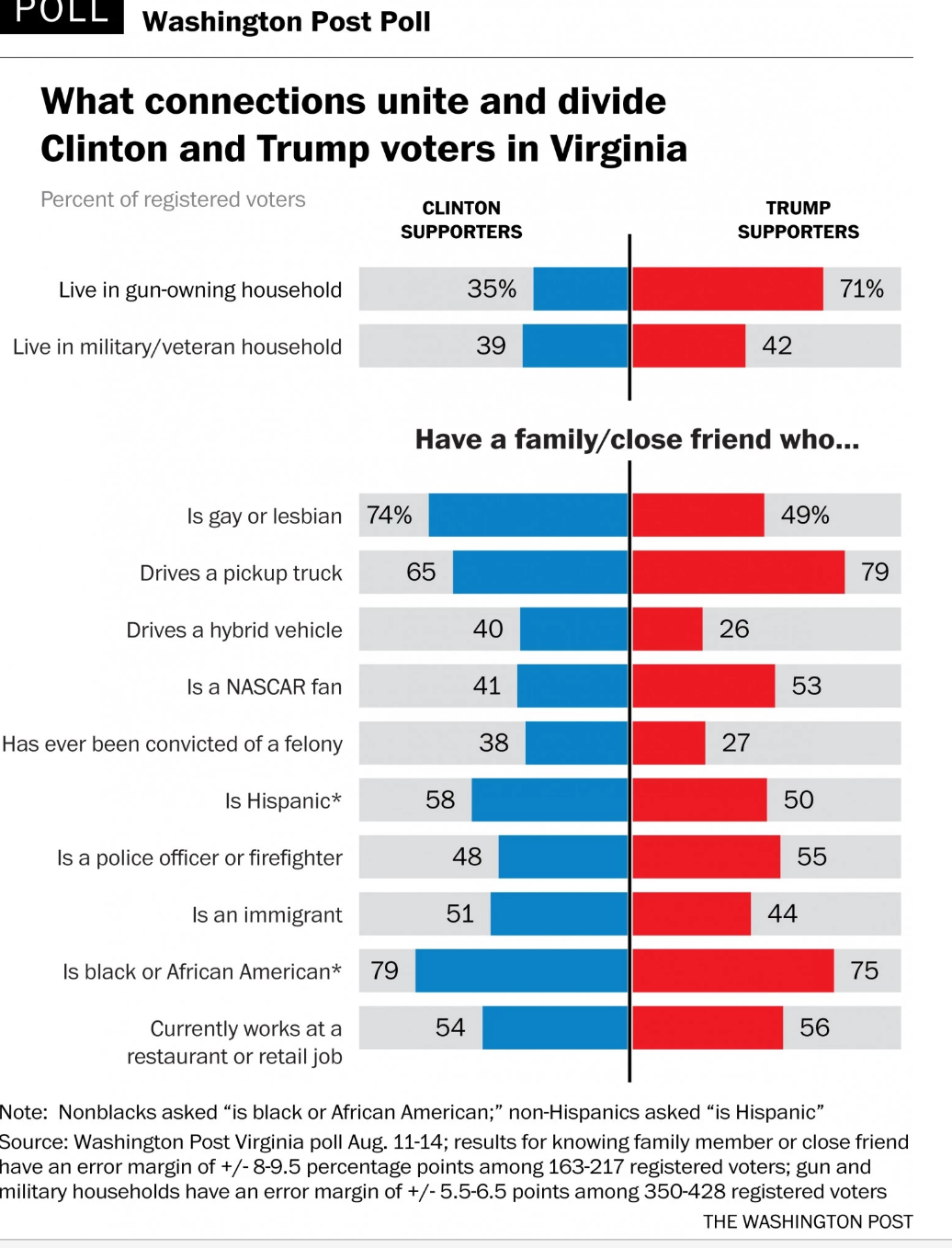 Read more about what divides us along political lines here.

The problem, in my mind, is that facts and logic have been replaced by gotcha. This even affects Bible study groups which are supposed to focus on the spiritual but often degenerate into subtle little political digs.

I ran into this at a leftist oriented Bible study group. I tried to move things from politics to spirituality, but eventually failed when Trump started running. Lots of snide comments and the like including accusations about conservatism in general. I finally lost it one night when one of the group members decided that an outright lie was acceptable. I confronted him with facts and didn’t stop when he tried to defend the lies. This created real discomfort – something I never intended. By the way, I was a Cruz supporter at the time so the snide comments were equally distributed to Cruz and a Trump. This group had been together for years and even with the bonds of faith and brotherly love, politics eventually destroyed the groupl

What divides us? I’d say it is the space between the u and the s.

It’s always good to have a doctor in the house.

The posts tend to get over-serious and I thought that a little levity may brighten things up.