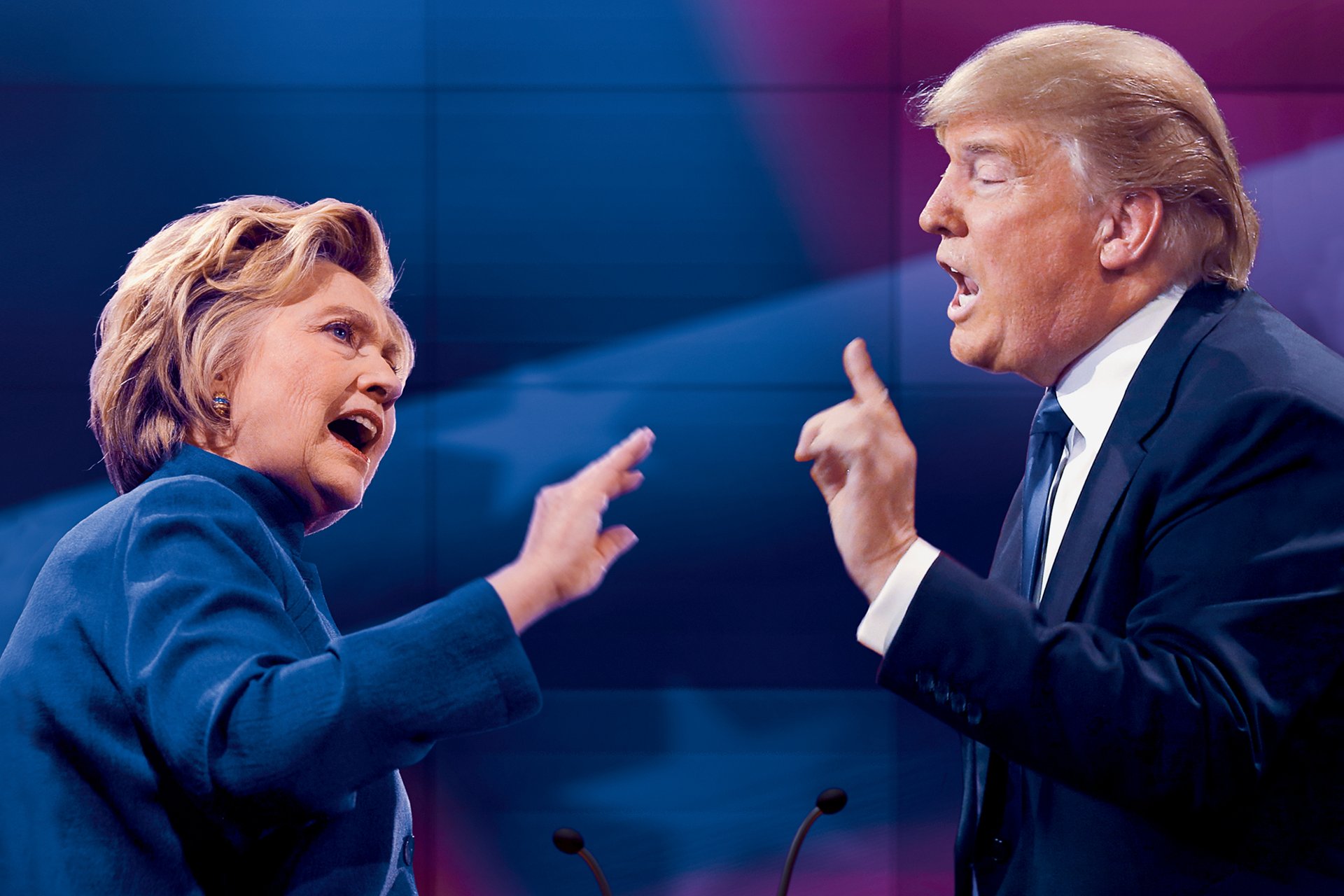 Presidential Debates Matter–Will Hillary be a No Show?

We have had Presidential debates every election year since 1976. The first debate for this year will be on Monday evening. Â After each debate Presidential polls move, sometimes by a lot. Â Larry Sabato at UVA’s Center for Politics has put together a chart to show how the polls changed from the week before the debate to the week after the debate. 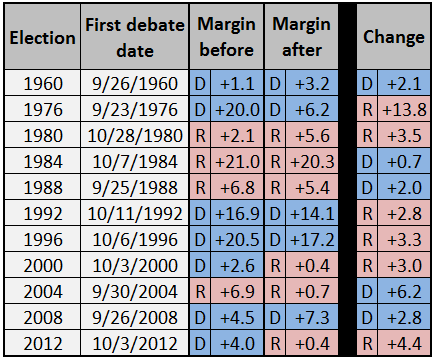 This source says the Clinton campaign is negotiating to have a seated debate rather than the two candidates standing. Â That won’t happen. Hillary also asked for a stool to stand on but that request was denied. However she will have a custom made podium to minimize the height difference between Clinton and Trump. Â She is 5’4′ and Trump is 6’2″.Â

Conservative Daily Post, also says Clinton is looking for a way out of the debate, either by claiming illness, or something else. Â Because this is the only source to make this claim, I am very skeptical. Â We do know that Hillary did very little campaigning this week, one quick trip to Florida on Wednesday and the same on Monday with a visit to Pennsylvania. On Tuesday she cancelled her trip to North Carolina for a large fundraiser, giving no reason for the cancellation. It is assumed Hillary spent the rest of the week prepping for the debate after her poll numbers fell in several swing states. Trump is now ahead in North Carolina, Nevada, and Ohio, based on the latest Fox Poll.Â

Clinton could be off the campaign trail because she’s huddling with her team and working hard to prepare for the debate. Or she could have been too ill to campaign this week.

A visual summary of Hillary’s many illnesses: 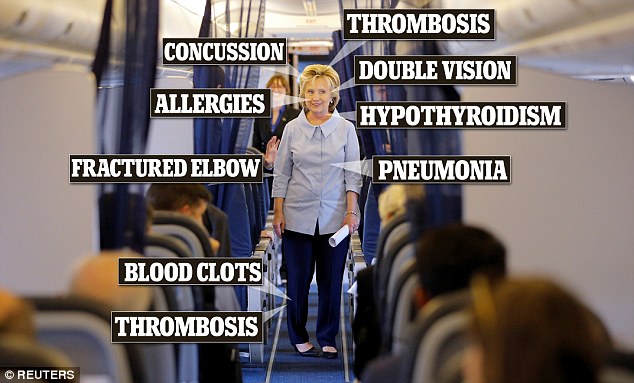 Presidential Debates Matter–Will Hillary be a No Show? was last modified: September 24th, 2016 by Jeanine Martin

With the right to work Republican BS on the ballot, I may vote a straight ticket. No to RTW, no to Trump, no to the Republican Party.

Trump has abandoned the words that made him a winner over the other 16 pieces of Republican trash.

If the election were tomorrow, Hillary it would be. Screw Norment, Howell, and the power company. Screw right to work and going back to double digit annual increases in Republican healthcare.

AHAHAHA! The Donald doesn’t mess around. He will chew her up and spit her out. There are not enough garbage cans in the world to hold the trash on this woman.
https://theconservativetreehouse.com/2016/09/24/donald-trump-gives-media-cuban-sandwich-for-pre-debate-discussion/

One would think even democrats would be smart enough not to mess with The Donald!

The Clintons truly do not realize what they are playing with, they are so used to everyone bowing down to them. Trump always manages to stay three steps ahead, he has no fear, and he refuses to play the PC game. It is a thing of beauty to witness, not to mention refreshing.

Off to HQ to work some more..

You rightwingers amuse me . . . you fall for every bit of bullshit that floats around the rightwing echo chamber.

She is woman, and no one cares to hear her roar. She will power through right on down to the floor.

If a nominee falls at an event and no one is there to record, did it ever happen?

We live in the world of constant video, someone will record it either by video or audio. I have noticed more and more people record their TV so if the media outlets scrub something it is still recorded.

I never wish ill will on people w/health problems, but the Beast is the exception. She has no business running, her chance was in 08. God forbid should she cheat her way into office, she will not survive her first term. It is scary to think of the characters behind the scene that would be running the country.

And then we get Tim Kaine for many years?

Interesting that you feel that way because there’s nothing the least bit amusing or entertaining about you.

He’s either assigned here or he gets paid to disrupt — it’s what they do, the occupying left.

Ah, yes. The do love the occupying and disrupting. They think it’s fun, or something. Who can understand what why leftists do what they do? They enjoy nothing more than being miserable.

They prosper and have power when chaos rules, a contented voter will not support the agenda of the left.

If she cancels Trump needs to still have the debate w/an empty chair, or podium.

The fact she requested a seated debate is telling. It is mind-boggling that this woman is so ill, and everyone know it, that she refuses to step down for the sake of her own greed and need for power.

This is much ado about nothing, her exoskeleton will support seating, standing, and parked.

She will be like Geoff on the Craig Ferguson show.

Fox News just reported that Obama used a pseudonym to hide his activities with Hillary’s private e-mail server. Now we know why Comey didn’t indict. The pebble of indictment would have spread not only to Bill Clinton but to Obama and probably a bunch of other world and national leaders. The criminal case would have gone on for a decade or more, cost billions of dollars, and the election of 2016 might very well have been cancelled. None dare call it treason, but that is apparently what it is.

“Fox?” Well, there’s a reliable source if I ever heard one.

They report, we decide!

The distort. We deride.

The no-show must go on!

Okay, seriously, if she doesn’t show up, that’s most likely the end of her campaign unless she creates the mother of all excuses. Like, WW3 started and they needed my expertise for creating strategic plans.

You are so funny!

You do not get over pneumonia in a couple of days particularly when you are a senior citizen. You also dont normally collapse when you have pneumonia. She has been minimizing her contacts and saving her energy. Maybe it will work – she certainly has a first class well paid medical staff around her.

This is very high stakes and great pressure involved. However, having a moderator in your camp is certainly comforting.

Yesterday I heard that Lester Holt is a Republican. Could that possibly be true?

Trying to put a Holt to rumors?

The Lester you know…

I don’t see how you can be lead anchor on NBC and a Republican. By the way, do you have a private email so that I can send you something. I have tried through the contact and have no idea if anything ever gets through to you.

I haven’t seen anything. I will attempt to send you something, unless of course you are kidding.

Are you really that stupid? Have you heard of this new invention . . . it’s called GOOGLE.

Took me all of 3.5 seconds to find that Lester Holt is, in fact, registered in NY as a Republican. Here’s a copy of his voter registration.
http://nymag.com/daily/intelligencer/2016/09/trump-is-wrong-lester-holt-is-a-republican.html

Stop with the name calling. This is your last warning. You really should take your angry and bitterness to a democrat site. You’ll fit right in there. Here we don’t tolerate it.

Answer the question. You could have found Lester Holt’s party registration as easily as I did. Instead, you decided to run without the facts . . . which is typical of rightwing commentators . . . don’t tell the whole story.

And ban people who point out your omissions.

Ok, so you told the whole story. You confirmed the rumor that I heard. Anything else?
No I don’t ban people for omissions, I ban them for continued name calling. Understand the difference?

OJT. I have had pneumonia on a number of occasions. By the way, I think she is subject TIAs which are forms of temporary blackouts of a few seconds.

You can clearly tell from her interview with Zack and the plants that she had pneumonia — taped the same day.

But later that day, from 50 feet away she did have a miraculous recovery when she latched on to the little girl. ‘Delicious precious life force!’