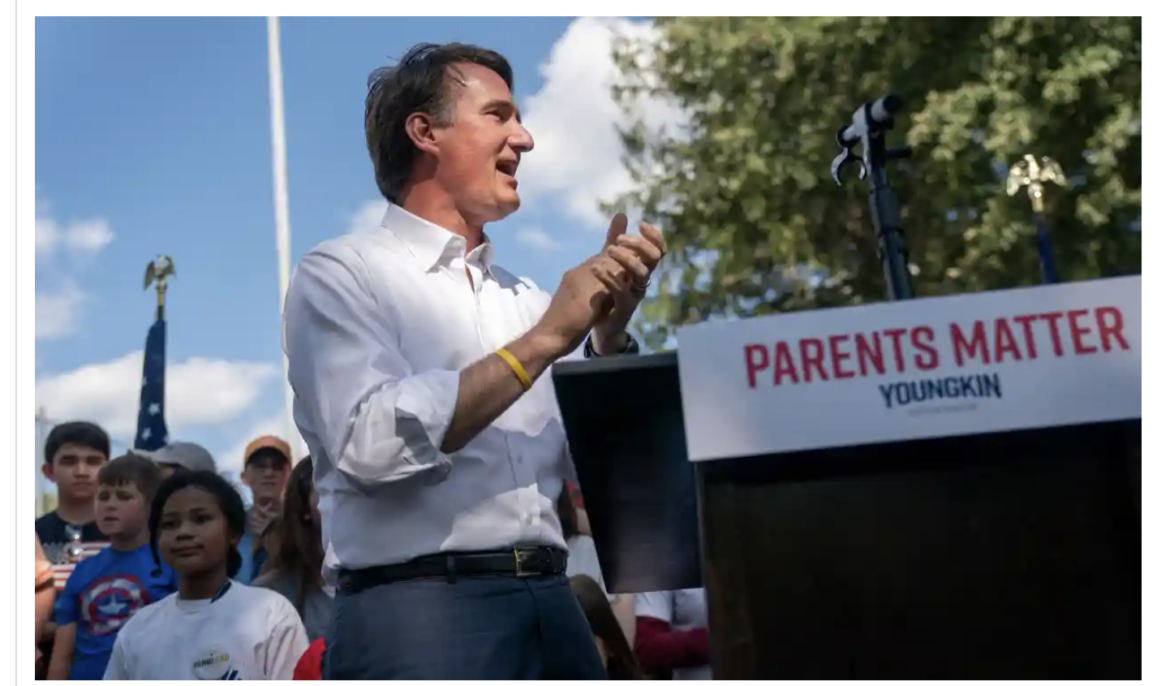 Promises Made.  More Promises Kept.  Governor Youngkin has issued Model Policies for the Treatment of Transgender Students in Virginia’s Public Schools (K-12).  The Proposed Guidance Document is now open for Public Comment, closing at 11:59PM on October 25. [A link is provided below.]

The Youngkin Administration offers a carefully reasoned document that:

“recognizes that each child is a unique individual with distinctive abilities and characteristics that should be valued and respected,” and

“fully recognizes the rights of parents to exercise their fundamental rights granted by the 14th Amendment to the U.S. Constitution to direct the care, upbringing and education of their children.”

Furthermore, the document cites Virginia Code as reaffirming “the rights of parents to determine how their children will be raised and educated.”

The Northam Administration issued Model Policies in 2021 that ignored parental rights and other constitutional principles and instead promoted cultural and social transformation in schools via transgender policies. These policies now have been withdrawn and replaced by the Youngkin Proposed Guidance Document.

Significantly, under the Guidance Document:

sex means biological sex; and transgender student means “a public school student who parent has requested in writing … that their child be so identified while at school.”

The Guidance Document carefully outlines relevant federal, state and case laws to support its proposals.  And it includes compliance requirements for local school boards once the 2022 Model Policies take effect.

Over 9,000 public comments (largely opposed) were submitted when the Northam Administration proposed its 2021 Model Policies.

As of this writing, public comments on the Youngkin Administration 2022 Model Policies and are nearly 54,000.

You have a couple dozen kids on a girl’s soccer team. One reveals as transgender and demands to be allowed to dress in the girl’s dressing room. Some girls complain because of sexual harassment. In Vermont, the school district banned the girls from their dressing room and turned it over to the transgender. The girls now have to change in a bathroom. Can this get any more perverse and just plain stupid. Punishing the many for the sake of the one mental case is what the new Democrat Socialist party is all about.

Youngkin is a jerk

And you are an idiot.

no one is being groomed. What a sick and perverted thing to say, good God. Get some help