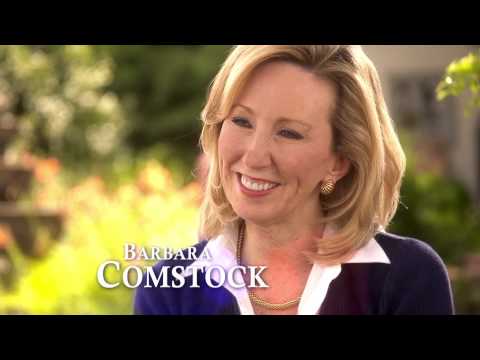 A sweeping health bill that will help every American has passed overwhelming in the House with the leadership of Congresswoman Barbara Comstock (R-VA10).  The 21st Century Cures Act passed the House on Wednesday by a vote of 392-26. It is expected to also pass the Senate and be signed into law.

The 21st Century Cures Act will force the FDA to get drugs to market faster than they have in the past. People die while the FDA holds up drugs that could help them. FDA knows they may have the cure for some diseases but they won’t let people have the drugs, not even dying patients. It currently takes an average of 12 years to bring a drug through the FDA and to the consumer. It’s ridiculous. Too many people die waiting. The Cures Act change that by speeding up the FDA process.

From the Loudoun Times,

“The 21st Century Cures Act  is a game changer in medical innovation in the fight for cures of chronic diseases,” Comstock, who won re-election in November, said in statement. “This legislation will help the United States lead the way in medical research and brings hope to patients with cancer, Alzheimer’s, diabetes, heart disease, and other conditions as we fight to find new cures.”

Senator Tim Kaine has said he will support the Cures Act in the Senate but far left Senators Bernie Sanders and Elizabeth Warren have vowed to fight against it. They are concerned that it will help the big pharmacy businesses by getting their products to market sooner.  Seriously? THAT’s their concern?  What about people who are dying while they wait for those drugs?  At least Kaine isn’t that looney.

“Sen. Kaine will support the 21st Century Cures Act, bipartisan legislation which includes critically important funding for the National Institutes of Health, including the Cancer Moonshot Initiative,” Kaine spokesperson Sarah Peck said. “The bill also includes $1 billion in funding to combat the opioid abuse crisis and improve access to mental health care, which will have a tangible impact on the daily lives of Virginians in need.”

Senator Warner has not said if he will support the Cures Act.

The bill includes $1.8 Billion for cancer research.  Frankly I can’t imagine anyone NOT supporting the Cures Act.

The federal government is my favorite charity. I make a point to give every year.

I am so proud of all of our benevolent elected officials. The are so generous!!!

Is this bill even real ?

I just ask because the only other place I’ve read about it is on the fake news site washingtonpost.com

Where does the $1.8 billion come from? At least we can stop all this constant fundraising for the various cancer and opioid causes.

The “21st Century Cures Act” is a scam that will endanger patients and enrich big pharma.

75% of the organizations that lobbied for its passage are funded entirely by pharmaceutical companies.

Under the guise of speeding up FDA approval of drugs, the Act will allow anecdotal evidence to be used to approve drugs — not evidence developed in rigorous tests, but feel-good stories with no basis in fact.

The US currently has the world’s fastest process for approving new drugs.

Another provision, inserted at the request of Senate Majority Leader
Mitch McConnell, would accelerate approval of untested regenerative
therapies as long as they are labeled a “moderate risk,” the lowest classification with the least stringent regulatory requirements. This measure would directly benefit Ed Bosarge, a wealthy Republican donor who has heavily invested in so-called “regenerative medicine.”

Another provision of the Act exempts physicians from the current requirement to disclose fees and other payments they receive from drug companies.

This Act is typical republican legislation . . . put lipstick on a pig, call it a fashion model, and all the republicans vote for the pig.

Ironic but good that Congress is limiting the overreach of an unelected bureaucracy.

As others are questioning, “How is the government going to pay for that pork?”

Does posting comments on TBE articles qualify one as having mental health issues? 🙂

And we all need reminding that the titles of most bills are exactly opposite to their net effect.

The 21st Century Cures Act is a drug company stockholder’s dream and a consumer’s worst nightmare.

Congress should not be greasing the skids to license experimental vaccines that government will recommend and legally require healthy children and adults to use.
https://uploads.disquscdn.com/images/87b90d57347131da8b345cf7391eb62711f686045ce2b911755753ab89664473.jpg
It is a prescription for disaster.