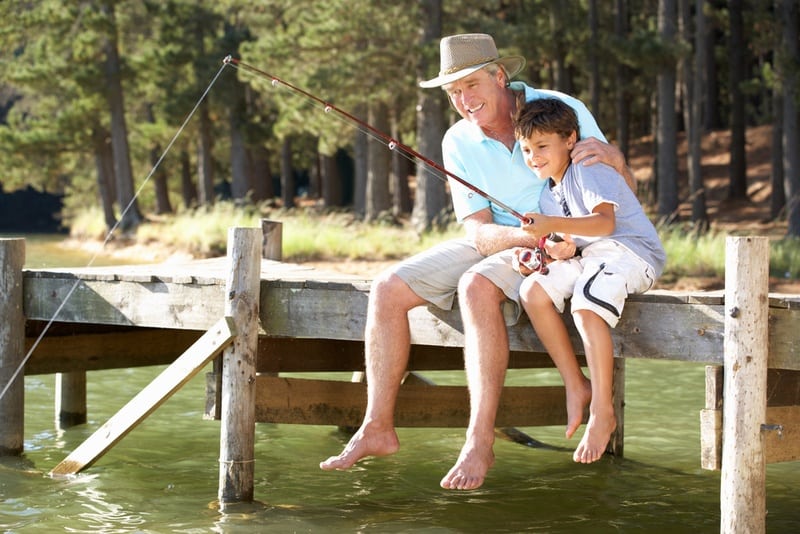 Imagine, if you will, a grandfather living in Midlothian, Virginia.Â  He is thinking about spending time with his grandchildren to fish, camp, hike, show them how to build things, or maybe even hunt.

Then our grandfather is asked by the Virginia Republican party (the local County unit or a candidate) to volunteer this Saturday to knock on doors, pass out Republican literature, man a booth at a fair, or make phone calls in a phone bank.

Heâ€™s a volunteer.Â  He has a choice.Â  He doesnâ€™t have to do it.Â  And that is one of many fatal flaws of the Republican establishment.

Our hypothetical grandfather has a choice:Â  I could spend Saturday with my grandchildren making memories for a lifetime.Â  Or I could volunteer for a â€œmoderateâ€ Republican who is not all that different from the Democrat he is running against.

I could enjoy time with my family this Saturday.Â  Or I could do the hard work of electing a candidate who will ignore me and my beliefs.Â  The candidate will get the salary, the title, the prestige, the honor.Â  My beliefs will be trampled.Â  The candidate will tell me he is going to do this or that, but I havenâ€™t seen moderates follow through once elected.

Can the Republican Party inspire would-be volunteers to choose between going fishing or camping or hiking with their grandchildren or helping elect Republicans?Â  Why would a grandfather give up quality time with his grandkids or even just fix up things around the house?Â  Without volunteers giving up their time, how are candidates going to win?

The Republican Party just cannot kick its addiction to trying to be like Democrats.Â  The Delaware Insider pointed out: â€œThe question the GOP endlessly seeks to answer is this: how can we please the Democrats today?â€Â

Itâ€™s been over 50 years since Phyllis Schlafly wrote her landmark guidebook for Republican candidates:Â  â€œA Choice Not an Echo.â€ Â  Ronald Reagan ran on â€œBold colors â€“ no pale pastels.â€Â  Â  Reagan explained as if he were speaking this very day:

We Republicans, I think, can do something about this… but not if we try to be all things to all people.Â  There are some in our midst who’ve suggested that we should broaden our base.Â  Except that what they mean by broadening our base is to blur the image, to make us indistinguishable from the other party.

May I suggest that the meaning of the last election will not be found among those who voted.Â  It will be found by polling those who stayed home.Â  The biggest voter block in our history.Â  And why did they stay home?Â  Because they said they could not see any difference between the two parties.Â  I think they are basically wrong.Â  But I think this is also an indication of what our answer should be to those who would make us more like the opponents.

I became a Republican not because the parties were the same but precisely because they are different.Â  More than half of those who didn’t vote have been polled and say it no longer makes any difference which party wins.

Gerald Ford said that Ronald Reagan couldnâ€™t win.Â  Reagan won and then won re-election in a landslide.Â  Reagan was so smashingly successful by taking strong positions that the establishment country club Republicans had to start calling themselves conservative by 1988.Â  That gave us President George H.W. Bush.Â  In 1992, when Bush lost to Bill Clinton, exit polls showed that the voters perceived Clinton as more conservative than Bush.

Self-proclaimed Republican experts still donâ€™t get it.Â  They are experts because they insist that they are experts.Â  Thatâ€™s what they tell us.Â  But ever since 1964 to this very day, they are still trying to convince us that the only way for Republicans to win is to become more like Democrats.

Last Saturday, Virginia Republicans held a somewhat comical â€œunassembledâ€ convention.Â  â€œWhen is a convention not a convention?â€ one may quip.Â  I had to drive an hour and a half to Richmond to spend about 3 minutes casting my vote and then jump in my car to drive home.Â  Thatâ€™s a COVID-19 convention.

Virginia Republicans retired the incumbent establishment Republican Jack Wilson, who â€“ along with predecessor John Whitbeck â€“ presided over disastrous failings and decline for the GOP in Virginia. (Not that earlier leaders were any better.)

The new Republican Party of Virginia Chair is Rich Anderson.Â  It is not completely impossible, though unlikely, that Anderson will actually try to change things for the better.Â  He made noises in the campaign of understanding the urgent need for dramatic improvements, but evidenced a soft spot for the status quo.

But the next day, the Stockholm Syndrome Republicans showed they learned nothing.Â  They are still arguing passionately that Virginia is sliding blue, and so Republicans must not demand ideological â€œpurityâ€ conservatives as candidates.Â  We must run squishy left-wing Republicans who stand for nothing.

â€œModeratesâ€ cannot grasp that Virginia is trending to the Left because the GOP has offered voters nothing worth voting for, has failed to make the case for its policies, never answers outrageous and ridiculous Democrat accusations and lies, and is fundamentally incompetent.Â  Failing to offer any difference or explain why our way is better is the problem, not the cure.Â  We have lost Virginia by forfeit.Â  Actually no one is demanding â€œpurityâ€ â€“ just competence.

One of the most revealing reactions is the accusation in Virginia that opponents of the status quo are promoting a â€œtear it downâ€ mentality.Â  We are not â€œtearing down Virginiaâ€™s Republican Partyâ€ by demanding that we â€“ finally â€“ modernize and get serious.Â  We have fallen into a ditch but some Republicans refuse to admit we are in a ditch.Â  Â  Some Republicans just want their own little club, their own sandbox more than they want to win elections.Â  Republicans cannot grow the party by offering nothing to the voters.