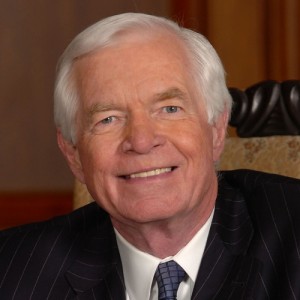 Rick may have spoken too soon. As of August 4th, McDaniel has officially filed a challenge with the SREC of the MSGOP, asking them to overturn the runoff-result and name McDaniel the nominee over Cochran. Should the SREC not do so, McDaniel can opt to seek judicial review via a challenge-lawsuit. SREC hearing was requested for ~8/12 and lawsuit must be filed by 8/14 or 8/19 (not sure if business-days or total-days are indicated in the statutes). http://mcdaniel2014.com

why do we always talk in percentages-How many people can vote in Mississippi? I can’t seem to get an answer to that question from Google

Reply
Once again, on participating in party functions when it ain’t your party | HoodaThunk? June 29, 2014 at 3:34 pm

[…] to the point where the left-leaning Washington Post says it’s probably not the case. There’s a lot more suggestion that MS GOP primary winner Thad Cochran courted and relied on Democrat voters to defeat challenger Chris McDaniel, enough so that sitting GOP elected and others are markedly […]

the rules should be…you can vote in a runoff…ONLY if you voted in the first primary election…You MUST be of the party that is affected by the primary ie Republican or Democrat. NO crossover voting especially in a runoff.

We now know for sure it is all about power. It is not about principles. It is not about people. Thad Cochran wants power. The Chamber of Commerce, all they want is power… The GOP – it’s not a Grand Old Party – it’s Guardian of Power. That’s all it is.”

Again, the stupid party prevails. Does anyone, with a modicum of common sense, think that allowing Democrats to vote in a Republican primary is the smart thing to do. Obviously, establishment Republicans think there is nothing wrong with it as long as their guy wins. That is why they were so quick to dismiss the David Brat election as Democrat influenced. Thanks to Rick Shaftan for putting that idea to bed.

I know this is not what establishment Republicans want to hear, but principles matter. Allowing Democrats anywhere near a Republican primary election is un-principled and ethically wrong, even if it is legal in Virginia. I expect Democrats to be ethically challenged, but I expect Republicans to at least understand the concept. Maybe I expect too much.

McDaniels should do a write in campaign. Cochran won because 30K+ democrats voted for him that otherwise would have stayed home. There very well may be fraud going on, but I am not sure if it is enough to reverse the outcome.
IN the general the dems are running a candidate, so they will vote for the dem.
If the Dem wins, so what. The establishment deserves to win. They are openly trying to destroy grassroots. Cochran is a crony capitalist demented old fool. He will do what his masters tell him to do. He will vote for amnesty, etc. Who needs more of this?

I would probably break out in a rash if I were to do this, but it seems to me that the establishment Republicans in General and Mississippi in particular, needs to be taught a hard lesson. The tea parties in Mississippi should throw their support behind the Democratic candidate and term limit Senator Thad Cochran. It they are willing to play the race card on the tea party and solicit Democrats to participate in a Republican primary runoff. Let the Democrat win. Deny the establishment Republicans their pyrrhic victory.

In the words of the best Secretary of State we have ever had, “What difference, at this point, does it make?”.

The Donk candidate in MS voted against Obamacare. Is supposedly pro-life and pro-gun, and as of now is still opposed to ssm.
He like Cochran likes pork. Beyond the label there is literally no difference between the two, though as a freshmen senator Childers would be limited in his quest for pork in ways that Cochram, as Appropriations Committee chair, would not.

Sometimes it feels as if the GOP is the CVS Pharmacy to the Donks Walgreens.

Apparently, McDaniel is contesting the results. Who knows if he will prevail but his first action will likely be to challenge illegal votes from Democrats that had already voted in the Democratic primary. Like in VA, you can only vote in one primary so if you voted in the Democratic primary, you cannot also vote in the Republican primary or runoff.

These type of significant pattern shifts raise as many flags to me as they do assumptions of the execution of a successful strategy. In a state where the dead are well known to vote with some regularity its often difficult to draw voter motivations without a Ouija board.