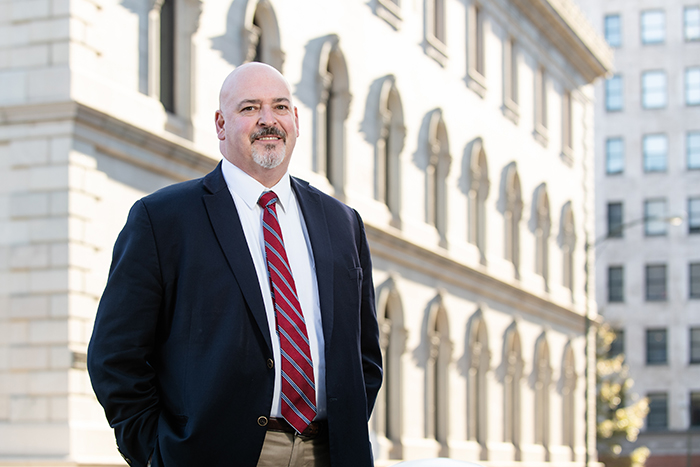 Delegate Todd Gilbert (R-15th district), likely to be the new Speaker of the House (source: virginiabusiness.com)

Republicans flip 7 seats to take the House of Delegates

“Virginia voters made an historic statement, delivering a clear rebuke of the failed policies of the last two years and electing Republicans up and down the ballot.

“In addition to electing Glenn Youngkin, Winsome Sears, and Jason Miyares, voters have given Republicans a majority in the House of Delegates. We have clearly won six seats previously held by Democrats and we are excited to welcome Jason Ballard, Tara Durant, Kim Taylor, Otto Wachsmann, Tim Anderson, and A.C. Cordoza to the oldest continually-elected legislative body in the new world. Congratulations to each of them, as well as Mike Cherry, Marie March, Phil Scott, and Wren Williams on their elections.

“We are grateful to Virginians who place their trust in us, and we look forward to immediately going to work with Governor-elect Youngkin and his administration to restore fiscal order, give parents the voice they deserve in education, and keep our Commonwealth safe. Our work begins now.”

Delegate Gilbert is likely to be the new Speaker of the House and he will do an excellent job for us.

I’m waiting for Gen Lee’s statues to be restored!

We won big because Trump was not on the ballot. We can have good policies, goid leaders, without Trump.

Without the successes of Trump, the failures of the Biden administration would have been less obvious. Yes, we can win with good policies and good leaders, but it is important to give Trump credit for making it possible.

by the way, My neighbor was just in the ER. She had a severe reaction to the Pfizer shot. The ER hospitalist said they see more people with severe and even life threatening reactions to the vaccine than they do to covid itself. Fortunately, my neighbor didn’t have the deadly blood clots. However, she is still quite ill – severe headache, chest pains, swollen lymph nodes, dizziness, extreme fatigue.

I will freely admit here and now that I was completely wrong. I fully expected the fraud machinery that the dems used to steal 2020 to be out in spades last night. I badly misjudged the efforts of the Republican Party of VA to stop the steal. My apologies to them. That said, I am PSYCHED about the win and the prospects for next year and bringing back Real President Trump in ’24. Americans have awakened from the long national nightmare and are taking BACK the country.

The Gov race in NJ was a nail biter to be sure. Had Jack run a stronger campaign he would have won. It was tough to overcome the deluge of Soros money pouring in though. I suspect that the dems might be a little more nervous about ‘22 now.

“It’s morning in Virginia!” It certainly is. 2021 was the most depressing year ever. It felt like the hordes of Mordor had surrounded us and were closing in. And then….

And then… the peasants rose up!! As David Axelrod, former Obama economic advisor said.. Democrats are composed of minorities and sissy ass suburban white college indoctrinated fools. They don’t understand real people at all… Boy is that true.. Lowdown county, ironically the epicenter of the MacCauliffe’s loss , were busy banging the equity drum and making gender fluid bathrooms and teaching about how race determines everything in the United States and how oppressed minorities are… all the while living in the richest county in America thanks to the government.. and boom… they caused their sugar daddy to crash…
I am afraid though to use an anology from movies, the Demorats are just going to use their loss to build a better death star… as the terminator said… I’ll be back…

Sounds like someone convinced Mac man to not release his legal attack dog and instead concede. The dems saw the party’s political big picture going forward with a challenge would eventually look like one of those Hunter Biden paintings.

And there you have it. Looking forward to more of the true Virginia Conservatives coming out in the coming months!!