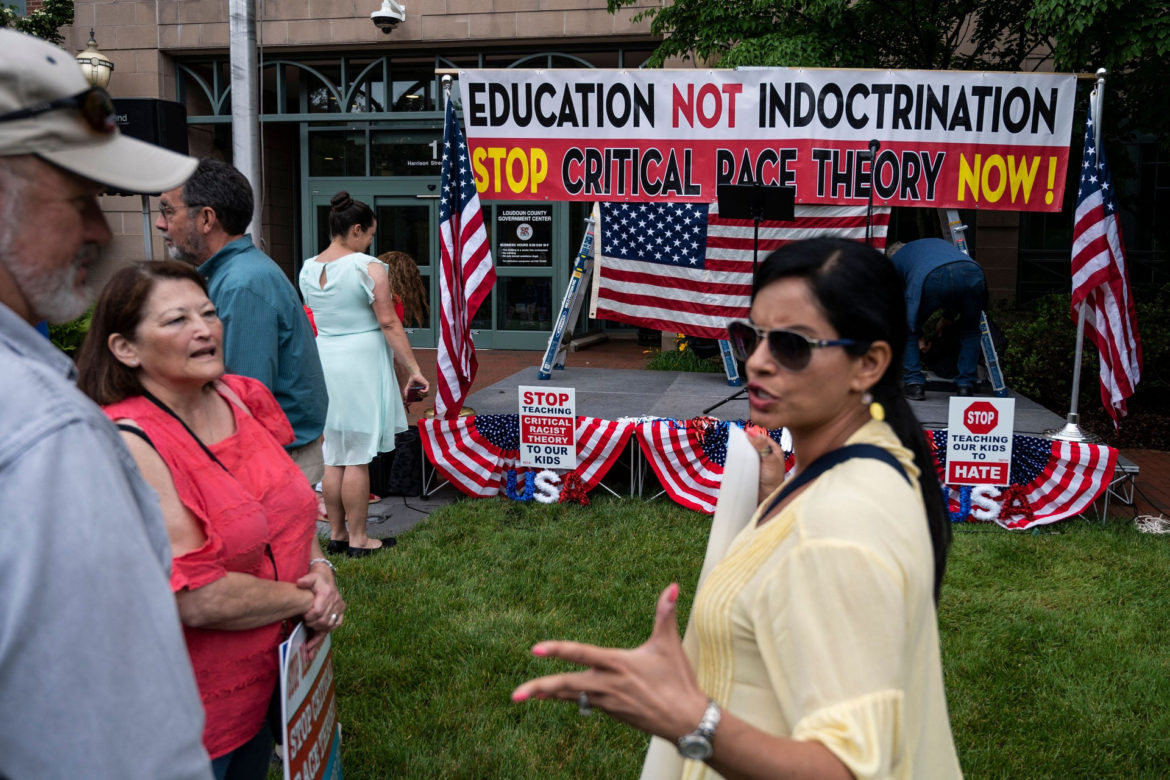 The National Journal’s Josh Kraushaar notes that the winning Republican candidate for governor of Virginia, Glenn Youngkin, “carried 37 percent of the Jewish vote in Virginia, per exit poll. An awfully high number for a Republican.” He points to a story by Jewish News Service, “Exit poll finds decline in Democrat support by Jewish voters in Virginia.” Kraushaar notes that a news “story of a local Dem lawmaker’s anti-Semitism wasn’t covered in the hometown press” such as the Washington Post, “but was alarming to local Jewish leaders.”

That Virginia Democratic legislator, from Fairfax County, peddled conspiracy theories, such as accusing Israeli spies of creating “fossil fuel wars” and falsely claiming Israel caused the bloody war between Iran and Iraq. “Mossad creates fossil fuel wars using malicious intel, most famously the WMD lie Colin Powell spewed to the world to justify the Iraq war,” said the Democratic legislator on Twitter, referring to Israel’s intelligence agency. He attached to the tweet a news article that made no such allegation. Israeli intelligence was not cited by then-Secretary of State Colin Powell.

Virginia Democrats may also have lost support from Jewish voters by having schools assign books lionizing anti-semites to students. For example, books by critical race theorist Ibram Kendi were assigned to students in two Virginia counties, notes George Mason University law professor David Bernstein. Kendi idolizes Angela Davis, who defended antisemitic persecution in the former Soviet Union, supporting the jailing of Jewish dissidents and asking that Soviet authorities keep them in jail. As he observes, in Virginia, the counties of “Arlington and Fairfax both assign a book(Stamped: A Remix) that calls MLK Jr a racist for being against racial separatism, and whose heroine is literal Communist Angela Davis.”

This year, the Arlington, Virginia schools distributed at least 500 copies of the book Stamped: Racism, Antiracism, and You to students at Wakefield High School. The book is by Ibram Kendi, a critical race theorist. Law professor David Bernstein notes that the book gets historical facts wrong and promotes a conspiracy theory. Bernstein says that “many high schools and middle schools are assigning” this book to students. Kendi is the author of a “comprehensive introduction to critical race theory,” according to the progressive online magazine Slate.

Democratic candidate Terry McAuliffe claimed that critical race theory has “never been taught in Virginia.” But in 2015, when he was governor before, his Department of Education instructed schools to “embrace critical race theory” in order to “re-engineer attitudes and belief systems.”

Virginia’s official “Roadmap to Equity“, published by its progressive Department of Education, thanks critical race theorist “Dr. Ibram X. Kendi” in its acknowledgments section, saying, “we would like to acknowledge the following organizations and thought leaders for their research and scholarship contributions that have informed the development of the EdEquityVA Framework:… Dr. Ibram X. Kendi.” Kendi says he was “inspired by critical race theory,” and that he cannot “imagine a pathway to” his teachings “that does not engage CRT.”

That official Virginia state “roadmap” applies the principles of critical race theory, rejecting equal opportunity in favor of equal outcomes. It promotes “equity” rather than equality. “Equity” is about racial “outcomes,” not equal “opportunities” or achievement based on “ability.” It advocates “eliminating the predictability of student outcomes based on … ability [or] socioeconomic status.” But it is only natural that a student with more “ability” will perform better than a student with less “ability.” Moreover, if poor students from broken homes “predictably” do worse because they are less prepared for school or have lower IQs, that’s not teachers’ fault.

The Loudoun County, VA public schools paid a contractor to train their staff in critical race theory, giving it $3,125 to conduct “Critical Race Theory Development.” Critical race theory is a growing presence in urban school systems and Democratic-controlled areas. Twenty percent of urban school teachers have discussed or taught critical race theory with K-12 students, as have 8 percent of teachers nationally, according to an Education Week survey.In Virginia, teachers are pressured to promote notions of “equity” that are rooted in critical race theory. They are now assessed based on eight factors, including whether they demonstrate a “commitment to equity.” This year, the Virginia Board of Education adopted a new “performance standard” for teacher evaluations that asks whether a “teacher demonstrates a commitment to equity.” So the vague, politically-loaded concept of “equity,” which does not mean “equality,” is now a factor in teaching evaluations.

True. But keep in mind there’s a significant difference between the politics of observant and Orthodox Jews (like me) and those who are Reform, Conservative, Reconstructionist and non religious. Orthodox Jews in Virginia are probably 80 to 90 percent conservative Republicans, and this is now the fastest movement in Judaism. The remainder are probably 75 to 80 percent liberal, especially Jews who are non observant. But the fastest growing segment are Jews who are unaffiliated with any synagogue and don’t practice at all. Could be as high as 45% of the Jewish population of the US.

Only 37%? How long will this death wish continue. Over the past decade, the democrat party has abandoned the American Jewish population – and yet they still hang on to the idiotic idea that the democrats are the way to go. Liberalism is idiotic. And Jewish liberalism is insane.

Agree with you 100%. Unfortunately a significant number of Jewish Americans refuse to see the obvious. The problem is that Jewish Americans cannot give up their long held beliefs that Democrats are allies. They continue to idolize FDR who was an overt anti-semite as well as Jimmy Carter, Barack Obama and Joe Biden.