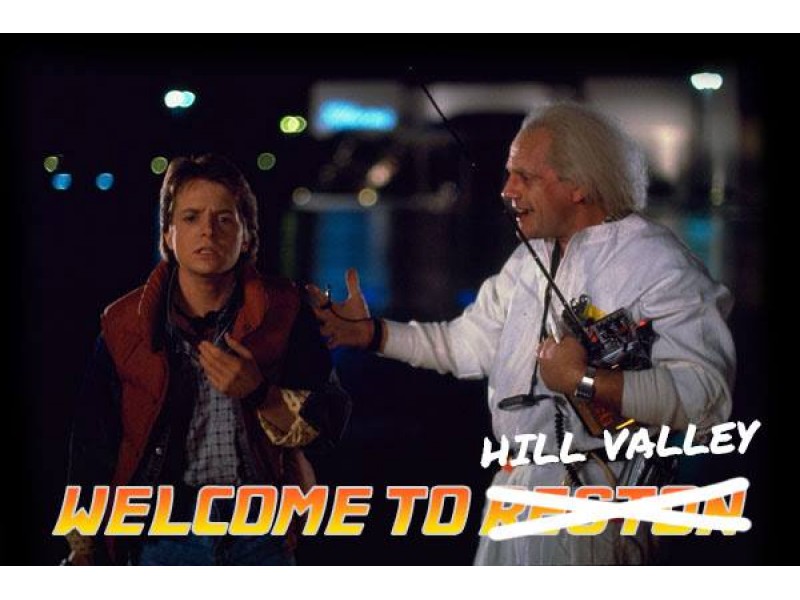 Reston Virginia to Change Its Name

Reston Virginia will change its name to Hill Valley for five days in October to honor the 5th annual Washington West International Film Festival’s tribute to the 30th anniversary of the movie “Back to the Future”.

The board of supervisors has approved the name change for October 21st through October 25th.  The date October 21st, 2015 is the exact date that the movie’s lead characters, Doc and Marty, took the DeLorean time machine into the future.

On October 25th the festival will host a red carpet screening of the movie.  Christopher Lloyd, who played Doc Brown; Trilogy co-writer and co-producer, Bob Gale; Claudia Wells, who played Jennifer in part one; and James Tolkan, who played Principal Strickland, will all be in attendance.  Other stars are also expected to attend.

All proceeds from the screening will go to the Michael J. Fox Foundation for Parkinson Research.