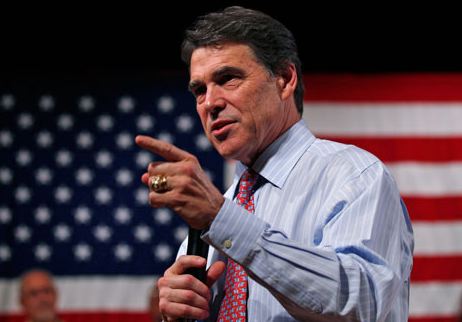 For those of you who have woken up every morning, checking the polling of your favorite candidate in the middle of August, please allow me to serve as your honorary health professional. Don’t panic! Don’t let your blood pressure build. September polling doesn’t matter. In the first week of September, 2011, Rick Perry was polling at 30%, Mitt Romney at 23%, Michele Bachmann at 12%, and Ron Paul at 7%. By primary day in Virginia, only Mitt Romney and Ron Paul were on the ballot. Ron Paul got 40% of the vote.

In the third week of October in 2011, a CBS/New York Times poll showed Herman Cain was polling at 25% and Mitt Romney at 21%,

There’s reason to think that if Cain continues to fade, Gingrich will continue to gain. Among Cain’s supporters 73% have a favorable opinion of Gingrich to only 21% with a negative one. That compares to a 33/55 spread for Romney with Cain voters and a 32/53 one for Perry.

That’s some hard hitting analysis right there. Pretty predictive of the final outcome, no? Well, don’t worry Rick Santorum fans, because it’s only November! From November 2011 to February 2012, the Republican Electorate flip-flopped, by wide margins, between Gingrich and Romney. Gingrich at one point enjoyed a 21 point spread. At another point, Romney enjoyed a 25 point spread. Then, in what has become the fashion for the Republican Electorate, mid-February issued a new turn of events. February 11th, Rick Santorum blew through the establishment ceiling with Trump-like numbers, polling at an unstoppable 38%!. Again, from Public Policy Polling:

Riding a wave of momentum from his trio of victories on Tuesday Rick Santorum has opened up a wide lead in PPP’s newest national poll. He’s at 38% to 23% for Mitt Romney, 17% for Newt Gingrich, and 13% for Ron Paul. Part of the reason for Santorum’s surge is his own high level of popularity. 64% of voters see him favorably to only 22% with a negative one. But the other, and maybe more important, reason is that Republicans are significantly souring on both Romney and Gingrich. Romney’s favorability is barely above water at 44/43, representing a 23 point net decline from our December national poll when he as +24 (55/31). Gingrich has fallen even further. A 44% plurality of GOP voters now hold a negative opinion of him to only 42% with a positive one. That’s a 34 point drop from 2 months ago when he was at +32 (60/28).

The Iowa Caucuses were held in January. This is important to note, because Rick Santorum’s Iowa Caucus victory may not have propelled him to the Republican Nomination, but it did catapult him in the polls. In New Hampshire, Mitt Romney beat out Ron Paul and Jon Huntsman. This second place finish in New Hampshire kept the Paul Campaign alive. By February, Ron Paul was behind the three most consistently well-polling candidates (Gingrich, Romney, and Santorum). So New Hampshire matters, but it doesn’t guarantee victory.

Don’t worry so much about September polls. Follow your candidates. You want them polling in the top 3 in Iowa, top 4 in New Hampshire, and top 5 in South Carolina by January. The Iowa Caucuses will be held in February next year. Until then, if you really want to judge the quality of your favorite candidates, follow these 5 important measures:

It’s September 1st. If your candidates of choice are raking in large amounts of small donor contributions, are active in the majority of early states, have campaign teams and staffs in those states, are actively working to get on the ballots, are focused, on message, and are free of disastrous political blunders, then your candidates are going to be just fine.

Don’t panic. Breathe. For the love of God, turn off Fox News and take some evening walks with your spouse or your trusty canine companion. 2016 isn’t here yet.

I think that Newt Gingrich Says it best, “Now, it’s possible this is all just summer amusement. But it’s perhaps more likely that this is a country so fed up with failed bureaucracies,
leaders who don’t seem to listen, and the left-wing effort to browbeat
it through political correctness that it is now moving toward a genuine
earthquake.”

An impending earthquake is certainly what it *feels* like right now, but it’s still early.

Yea, and if they named earthquakes, would the one coming be named Romney?

That would make the one after that “Stimpson”, and it would be a very small aftershock that is quickly forgotten.

Aren’t you forgetting a couple things between Romney and Stimpson? (Not that your amusing analogy should be given more weight than you intended…but still).

I couldn’t think of a more appropriate “S” political name to meet that description. I awarded myself triple points by indirectly referencing Trollolol’s rabid support for Stimpson and his predictions of her decisive victory.

Did I support Stimpson, or, did I support the candidate I perceived as being anti-establishment?

What I find fascinating about you Bruce, is that somehow you have managed to convince yourself that “they” have extended membership to you into “the” club.

Were you invited to the Jefferson Hotel last Thursday night?Well?

“They” no doubt have a negative opinion of waiters who wear blue shirts? Eh?

Trollolol, Gloria Grandeur. You supported Stimpson and the candidate you perceived as being anti-establishment at the same time (It’s two for the price of one!). You went all-in and whammied yet again. In this relationship breakup, it’s not “us”, it’s “you”.

You seem to have an unnatural fascination with my clothing selection. Last Thursday night, I was wearing a tropical print shirt while having yet more Confederate Flag fun at work.

I agree with you on the first paragraph. No problem.

But Bruce, you ever think of yourself as a “pilot fish” for the Establishment? Google it if you need to.

Seems appropriate, does it not?

Don’t hate me because I’m beautiful.

I don’t hate anybody.

We all know how that ended. Perry was never going to get anywhere as the GOPe didn’t want it to happen. They wanted Romney and Romney is what we got. Ron Paul got 40% as a protest vote. Funny how everyone forgets that. Now does everyone remember how it happened? Is it going to happen again?

That’s strange. I seem to remember it as Rick Perry bumbling his way into oblivion and nobody really giving a fark about the Virginia primary in the end,