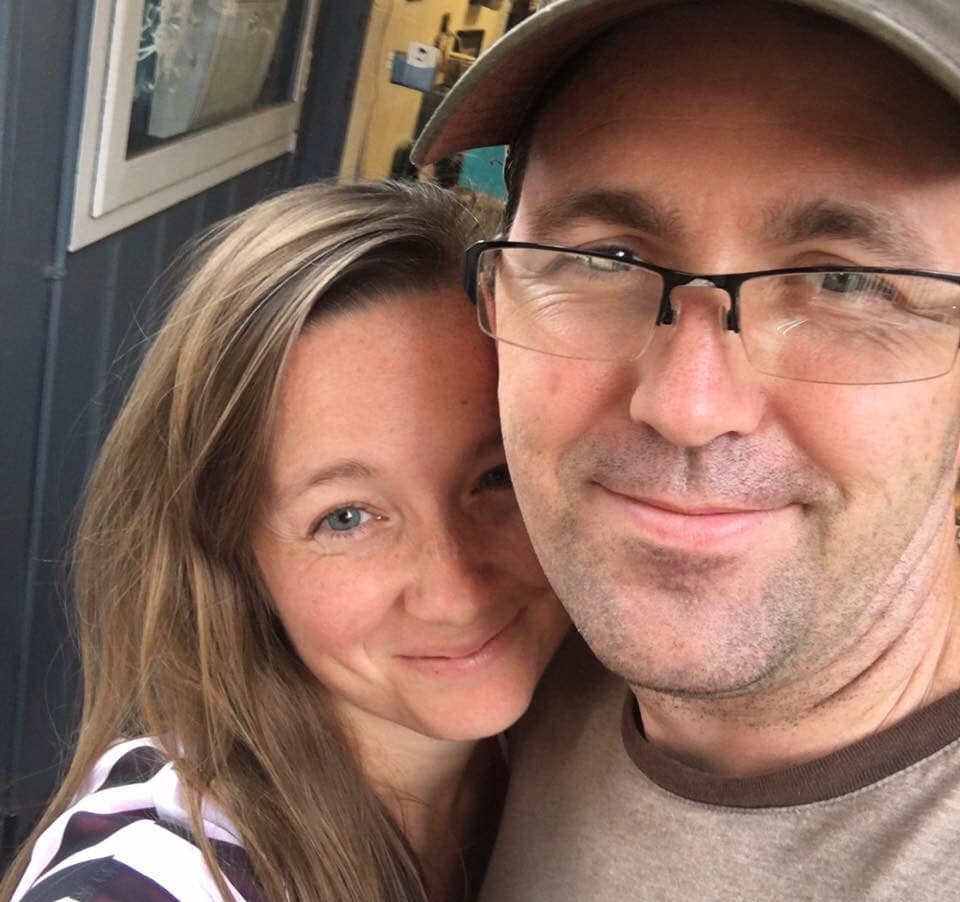 Mike Dunlap and his wife Tiffany

Right From The Start: Posturing vs. Governing in Loudoun County

Everyone knows Democrats have a better ground game everywhere they decide to compete. They are well-financed and using their base constituencies comprising of unions, environmentalists, pro-abortion, anti-2A, LGBT activists, and other groups, it’s tough to stand toe to toe with them. We can’t let that divisiveness happen again.

One bright spot that gives Republicans hope for 2020 was the effective solidarity of conservative grass-root activists when it came to 2nd amendment threats from our socialist Governor and General assembly over the last three months.

A grass-roots effort sprung up with ferocity. Not just right-wingers, but gun owners from across the political spectrum, who recognize that “shall not be infringed” is a limitation on governing bodies.

Normally, saber-rattling from the right is ignored in the media, making it difficult to sustain momentum. This time though, because of the overwhelming cacophony of Virginia counties, cities & towns crying out in one voice, that we will not stand for this, the issue had to be covered.

Under relentless pressure from the political center and the conservative right, enough pro-2A Democrats defied their Party and voted with the people and their Constitution. The war by the left-wing socialists infesting the Commonwealth is not over by a longshot, but now we know how to galvanize a majority.

But it is important to note that the herculean effort to preserve the second amendment was accomplished by leveraging the first amendment to its breaking point. What I mean by breaking point is that hundreds of local jurisdictions passed resolutions and official statements implying they would not succumb to an unconstitutional gun grab by the state.

Many of the governing bodies went so far as actually to say, “our law enforcement will not comply.” Many towns, with no law enforcement capability of their own, simply stated their support of the federal and state constitutional protections of a simple inalienable right.

As simple as it sounds, some towns even managed to screw that up. Lovettsville was one. Five of six council members were absolute cinches to support an Official Statement, as was the mayor. Four conservatives and a left-leaning moderate (councilman Schilling) plus the mayor, if there were a tie.

It didn’t end well. Three of the councilmen, who initially proposed the Statement, dangle at the end of Warner Workman’s puppet strings. Anyone who has run for office in Loudoun County and accepted “help” from Warner knows the perils of his divisive rhetoric that, more often than not, hurts more than it helps.

The Statement from his puppets looked like a sixth grader had written it. While the goal was laudable and the outcome never in doubt, this particular Statement did not reflect well on the Town of Lovettsville, Second Amendment activists, or conservative Republicans in general.

Councilman Mike Dunlap attempted to save the day for everyone by proposing an alternative Statement that made everyone look good. It was no less forceful, no less concise in its full-bore support of the right to keep and bear arms.

The only difference was that it was intelligently crafted and appeared to be written by a college graduate rather than cobbled together from a google search.

The LCRC knows Mike Dunlap, his integrity and conservative credentials are unimpeachable. He has been a member of the Lovettsville Town Council for over two years, a lifelong conservative, and has served on the staff of seven Republican members of Congress and pounded the pavement in countless Republican campaigns. Mike is an active Naval Reserves Officer.

Mikes’ attempt to replace the poorly composed Statement was blocked on procedural grounds, and the original passed with only one NO vote, Councilman Jim McIntyre, who wouldn’t have voted for it if Mother Theresa had proposed it.

Mike abstained. He has been a 2nd Amendment advocate all his life and was representing the people of Lovettsville. Because of his endorsement by the LCRC, he was obligated to vote for a Statement worthy of those constituencies. The document that passed did convey support for the second amendment as written; its form, however, was an embarrassment to good government.

While three councilmen postured for their puppet master, Councilman Dunlap kept his eye on the ball, good government through conservative principles. The Party should be proud of its council endorsement in Lovettsville.

Mike is the only Councilman on that dais with a solid record of supporting conservative causes and candidates for decades. The other self-identifying conservatives are trying to do to the LCRC what they do in Lovettsville, divide the republican faithful, and bully the non-conforming.

That divisive behavior doesn’t win recruits or inspire the uncommitted to follow our flag, nor should they influence party endorsements. Mike Dunlap has earned his endorsement with his feet and has never turned his back on a party platform plank.

The Democrats are organized, fired-up and deeply committed to taking Caleb Kershner and Dave LaRock’s seats. There is no time for party in-fighting. Lovettsville is a small town in the Catoctin district that can help keep it red. Mike Dunlap and those like him can keep it that way.

Right From The Start: Posturing vs. Governing in Loudoun County was last modified: February 24th, 2020 by Frank McDonough