Tom Rust (R- Herndon) has just submitted compromise legislation (HB 5008) to expand Medicaid under Obamacare via the murky Medicaid Innovation and Reform Commission (MIRC).  The bill, if passed, would expand Medicaid pursuant to a set of bureaucratic procedural hoops, rather than directly through the legislature.[read_more] 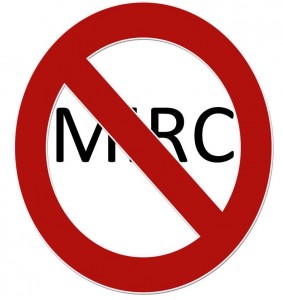 There are only four statutes in the bill, and here is how this whole deal works:

MIRC: The Virginia Commission created by the General Assembly to assess the expansion of Medicaid.  It seems to have both legislative and executive powers.

Secretary: This is the Virginia Secretary of Health and Human Resources, currently Bill Hazel.

All federal funds will be placed in a separate fund aside from the general fund, this includes the funds for Medicaid expansion that start at 100% of the state costs and decrease to 90% of the costs by 2020 (Provided Congress does not change its mind).  42 U.S.C. § 1396d(y).

This is a convoluted interim program designed to provide health insurance premium assistance to Newly Eligible Individuals while we wait for the Secretary and MIRC to go ahead and expand Medicaid.

If you enjoy giving yourself a headache start reading at the beginning of this proposed statute and find where Medicaid expansion occurs.  Otherwise I’ll save you the trouble.

The Secretary is supposed to come up with a report for MIRC on how to expand Medicaid and submit it to MIRC by December 15, 2015.  MIRC then does the following:

“If the Commission determines that federal medical assistance funds for newly eligible adults as provided in 42 U.S.C. § 1396d(y) or other federal funds combined with current and projected annual savings to the general fund and other nonfederal net savings associated with the implementation and operation of the Innovation Plan are sufficient to cover the costs to the Commonwealth of coverage for newly eligible adults, then the Commission shall approve implementation of such coverage.”  Va. Code § 32.1-373(E).

What does all of this mean?  Once the Secretary has submitted his report, if the MIRC determines that expansion is paid for by federal funds, or by “cost savings,” then the MIRC must expand Medicaid.

“Cost savings” usually consist of savings due to (government) economies of scale and other rational economic behaviors of individuals interacting with government.  In other words, cost savings are magical fairy dust used to obliterate any meaning behind government budgeting.

The Rust plan is nothing more than a convoluted plan to expand Medicaid.  With the inefficiencies of the Bridge program, it may actually cost more than simply expanding Medicaid at the outset.

What a convoluted mess. Legislation like this shouldn’t see the light of day unless it can be written in clear, certain terms. It is written in such a complicated manner that one could construe many things. Heck, I would be willing to bet that most lawmakers couldn’t even tell a constituent what most of it even means!! Written by a lawyer no doubt.

The Democrats are hell bent on making sure McAuliffe gets to expand medicaid to fulfill his campaign promise. Why is a so-called Republican helping him to accomplish that goal?

The people of Virginia have spoken very loudly that they do NOT want medicaid expansion. How many times do these idiots representing us need to be told that we don’t want it!!!!

That is a very good question. Who is Tom Rust and what is his motive here?

Delegate Rust is the former mayor of Herndon and has been in the General Assembly for a little over 10 years. He was the only Republican delegate to support Medicaid expansion openly.

Prior to unveiling this plan, he indicated that it was a market based approach emphasizing employer based plans and vouchers for buying insurance privately. This is what ended up being the Bridge program.

As with many of the folks pushing expansion, Del. Rust laments leaving taxpayer dollars in Washington that have been paid by Virginians.

Thank you I was not familiar with him. A “leave no Fed funds behind” proponent irrespective of what the final individual taxpayer bill may really amount to in the future.