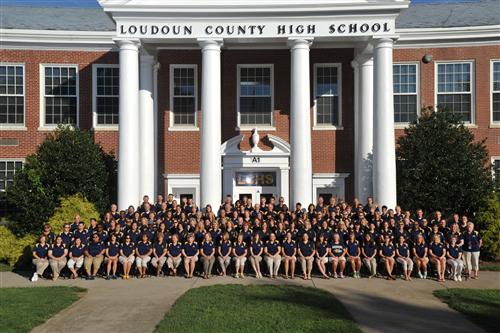 The Loudoun County School Board (LCSB) is voting soon regarding radical sexual orientation and gender identity policies which will impact students and school employees. While it is good to protect all students, including those most vulnerable, it would not be in the best interest of any students to move forward with this policy change for many reasons.

It is important to note there is no legal authority which allows the LCSB to make these changes. Virginia is a Dillon Rule state, which means school boards have only those powers that are specifically conferred on them by the Virginia General Assembly. Earlier this year, I sued AG Herring to get a nineteen page Official Advisory Opinion, in which he admitted there is no federal or state law requiring public schools to implement sexual orientation or gender identity polices. If LCSB goes ahead with this policy change, they do so in defiance of the law and risk wasting taxpayer dollars defending against challenges, as Fairfax County is doing now.

If anti-bullying policies are not working, then fix those policies. I recently asked a school board member how many complaints of mistreatment of homosexual and transgender kids have been reported in the Loudoun school system. The reply was no surprise; there have been none. The proposed policy change proposes no definitions of “gender identity,” or “sexual orientation.” This invites situations where teachers, parents and students are targeted with legal action and permanent marks on records if they even accidentally call someone by the “wrong” pronoun.

School boards are obligated to create policies which contribute to the healthy development and education of our children. However, it is short-sighted to ignore the well-documented potential of harm to the physical and mental health of children associated with improper treatment of these lifestyles. Having teachers acting as role models while alternating their appearance and mannerisms between male and female, or being openly homosexual around impressionable young kids, would be a distraction at least and harmful at worst.

There is an abundance of credible information indicating that the homosexual and transgender lifestyles are harmful to kids and adults. This is a quote from a petition to the Supreme Court in the wake of Obergefell v. Hodges by the United States Justice Foundation:

The human and economic toll of the needless premature deaths of thousands of people in homosexual lifestyles is horrifying. A host of sexually transmitted diseases have higher rates in the homosexual population compared to their heterosexual counterparts.”

This side of homosexuality is not likely to be presented to parents whose children are targets of this social experiment.

…educators and legislators to reject all policies that condition children to accept as normal a life of chemical and surgical impersonation of the opposite sex. Dr. McHugh, referring to transgender behavior, said, “… an objective psychological problem exists that lies in the mind, not the body, and … treating the behavior as normal and denying proper treatment amounts to child abuse.”

The public will be best served if schools stay out of the “business” of sexualizing our kids. Materials used by schools describing homosexual and transgender behavior are sexually explicit. Studies on the exposure of students to sexually graphic material reveal negative psychological effects. One study from 2011, “Associations Between Young Adults’ Use of Sexually Explicit Materials and Their Sexual Preferences, Behaviors and Satisfaction,” revealed that students who reported frequent contact with sexually explicit material began having sex at younger ages and had more casual sex partners. Numerous credible studies support this conclusion.

It is very important to know the connection between the LGBT movement and nondiscrimination policies. In some areas of America, middle school and high school youngsters are being encouraged to come out as gay, lesbian, bisexual, or even transgender through pro-homosexuality school clubs. Meanwhile, activist teachers are incorporating homosexuality-affirming lessons in curricula and defending their “right” to be openly homosexual in the classroom, regardless of parental opposition. Parents must recognize these strategies are well underway, and boldly stand up to protect our kids.

School must be a place where kids learn, prepare, and acquire skills for adult life. We are the guardians of our children’s innocence. Teachers, administrators, and elected leaders need to respect parents’ values and realize that policies seeking to normalize abnormal behavior will harm school children.

I encourage all Loudoun citizens to share your support for keeping schools safe for all students by voicing opposition to the proposed change in LCPS’s nondiscrimination policy before the January 10th, 2017, meeting by sending an email to [email protected]

The best thing you can do for your children is to never let them see the inside of a public school as a student!

Am hoping that vouchers without stringers becomes the new normal for American children and families. The abusive nature of public “schools” is getting to be quite too much.

That any policies regarding sexual orientation belong in the secondary school curriculum or extracurricular activities seems to be a reasonable question to take under discussion by both the local communites’ citizens and their duly elected school board representatives. My opinion is basically they do not but I realize that many other citizen voters in Mr. LaRock’s 33th district don’t agree with that assessment.

Therefore I find little to disagree with IF he had kept his discussion bounded by that criteria but that is not what is being pushed here. It is NOT just the consideration of these sexual orientations in our school system but more along the lines of open advocacy of anti gay and gender choice issues that derive from Mr. LaRock’s own deeply held religious beliefs and convictions. In many ways he ends up holding the same proselytizing attitudes that he accuses others of but in opposition.

He is of course more then allowed to hold these personal beliefs and object to their adherence by others citizens as he see’s fit, as a matter of free speech, as long as he remains on the side of nondiscriminatory tainted communication and behavior. But as an elected official that issue shifts as Mr. LaRock is the delegate for all of the 33th District both those that placed a vote for him and those that did not and while he is not required to agree with differing opinions as an elected official he was NOT elected to further the positions and beliefs and concerns of the Christian evangelical movement.

Mr. LaRock’s venue is not a pulpit but a state legislative seat representing ALL the citizens in this geographical district. This is something he seems at times to lose sight of in my opinion in the execution of his state and district obligations. So I not only disagree that simply serving your own personal convictions, even if they represent the vast majority as one comment herein claims (a ridiculous statement in and of itself in my opinion) but it is not the role either the constitution or representative government defines for that of a elected representative.

Mr. LaRock needs to find a way to work with all individuals even those he disagrees with to try to understand their position rather then let personal orthodoxy do his thinking for him. Either that or perhaps it would be best for him and his constituents both for him to find another avocation then elected office, one which doesn’t require and call for open engagement in areas that you may well vehemently disagree with.

Very proud of my Delegate Dave LaRock for articulating the values of the vast majority of his constituents. This is exactly what I want my representatives to do.

The public would be better served if politicians in Virgina focused on jobs, the economy, and exporting illegal immigrants.

I hope you include elected School Board members in your comment.

How much education does one need to work at McDonalds or Wal-Mart, because that is about all that is left? Besides being government employed or getting a “g check”.

When you constantly “educate” children to be complainers, you end up with unemployable adults. Many companies now hire consultants to help them essentially deprogram millenials who think they are entitled to the keys to the company president’s bathroom and the corner office as well. Other companies skip hiring such people altogether and go to the AI and robotics solutions (which are increasing for every type of activity).