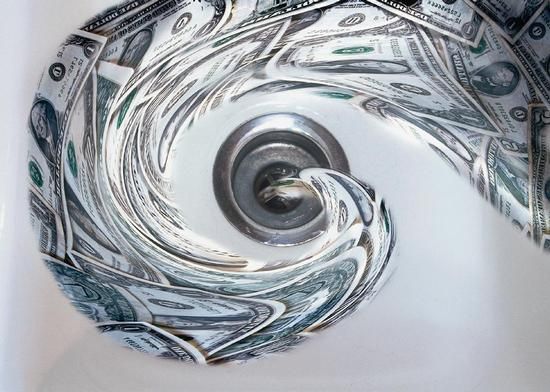 Scott Yorkâ€™s latest flyer asks us to look at his record but doesnâ€™t mention that he led the charge to bring Loudoun County into Metro. Â Â A quick glance at recent newspaper articles reveals the folly of Scottâ€™s advocacy for Loudoun joining Metro. Â

Metro ridership has declined for several years. Â According to Metroâ€™s own Board members, riders are abandoning the system because safety and other operational issues have made it unreliable. Â They also blame trends towards working at home for fewer riders. Â Fewer riders mean less fare revenue and, of course, costs keep going up so the Board is casting around for more funding. Â DCâ€™s Board members claim they will veto any increase in fares or cuts in service. Â The only recourse would higher contributions from the member jurisdictions.Â

Meanwhile, MDâ€™s Board members vow to veto plans to increase pension contributions to help make up the shortfall in the underfunded pension system. Â The good news is that they recommend funding the system later, after the current problems are resolved. Â By joining the system, Loudoun can help pay down this $1.5 billion debt when (if?) the current problems are solved.Â

These veto threats point out another problem: Â poor management. Â The Board is so dysfunctional they cannot agree on anyone to run the system since the previous General Manager quit in January. Â Â Safety issues will be the new GMs first order of business since they have resulted in Metro being the only subway operator in the U.S. placed under Federal Railroad Administration oversight.

In another recent article Sen. Mark Warner (D-VA) is shown taking a test ride in â€œthe vehicle of tomorrow,â€ an experimental self driving car. Â Self driving cars, by increasing highway capacity and allowing stress free commutes, will further decrease the market for transit. Â Metro is in a vicious circle: Â declining ridership, higher fares and higher subsidies leading to further losses in ridership and higher fares. Â Between teleworking and self driving cars, the days of mass transit are numbered, a nineteenth century technology for the twenty first century. Â

So, Metro needs the member jurisdictions to increase funding for ongoing operations as ridership declines and fares increase. Â They will also need to increase contributions to the systemâ€™s pension funds. Â Faced with such an attractive opportunity, Scott York leads Loudoun into the money pit â€“ and puts us at the mercy of MD, DC and the liberals of Arlington and Fairfax. Â They will get to decide how much Loudoun needs to contribute in the future.

Led by then private citizen Dave LaRock, a grass roots movement in Loudoun fought against this nonsense 3 years ago. Â Several members of Loudounâ€™s Board of Supervisors joined in resisting this nonsense including Gary Higgins and Eugene Delgaudio. Â Others however, led by Scott York caved in to union and developer blandishments and led Loudoun into this metro debacle.

Look at his record â€“ and vote against Scott York and for Charlie King.

I don’t recall, is Loudoun on the hook for operating expenses as well as capital?

Yes, 4% of every expense. So if an escalator breaks in PG county, we pay 4% of the cost to fix it.

And the same applies for loudoun….pg pays for our broken escalator. But speaking of flyers in the mail, I just recieved one from the Republican Party. It listed with photos every republican nominee with the exception of Charlie Kiing. Heck….even chapman was on the flyer. This speaks volumes of the lack of support Charlie has. Either that or they don’t think he photographs well. Or maybe both. Goes to show that low ball tactics are not well recieved.

You forgot to mention that the Metro is old and falling apart. Loudoun’s metro won’t be needing the extensive repairs that the rest of the system continues to require. Surely you’ve heard about all the problems.

Charlie King is the Republican nominee and included on all literature and on the sample ballot. Loudoun Republicans have sent NO mailers.

Or you live in Dulles…where the incumbents have failed to include the Chairman choice of the party and including York instead. This will not and has not ended well for them. After their tenure…they’ll join Joe May on the outside looking in.

Please stop in more often. We need your voice.