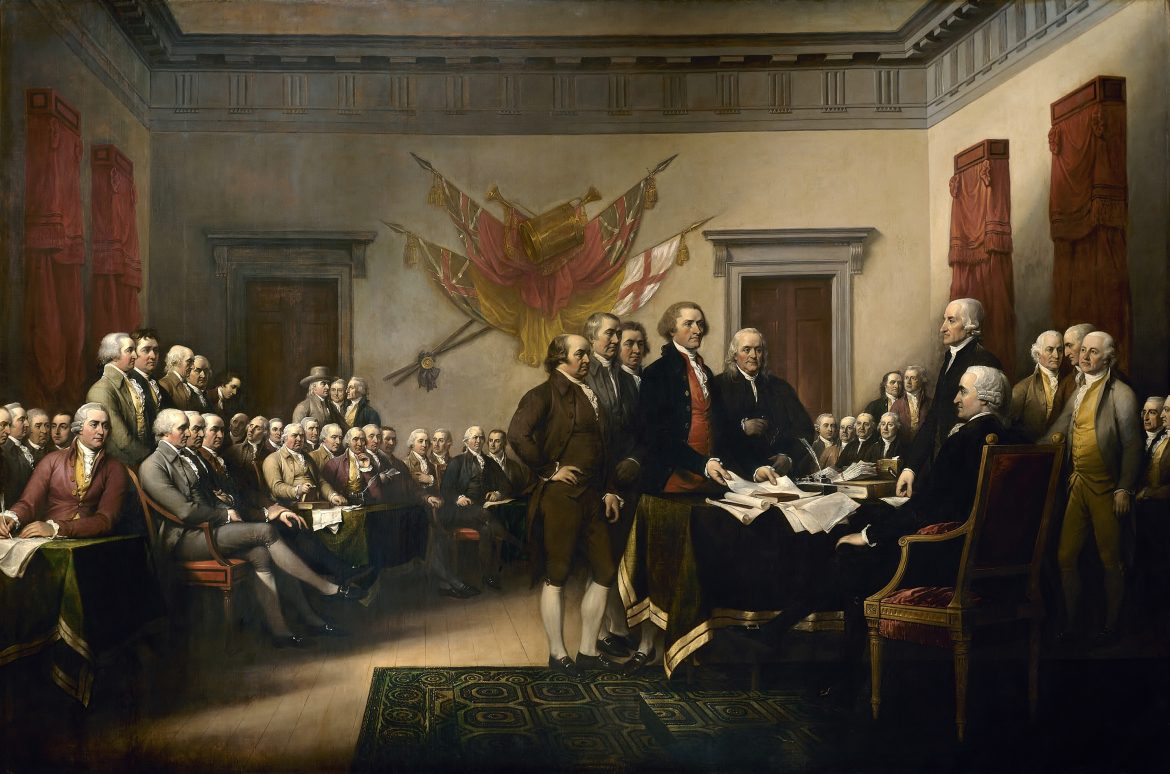 Americans are selling their birthright even though the majority don’t even know what that means.

Back through history, the eldest son’s birthright gave him a double portion of his father’s inheritance along with becoming head of the family in his father’s place, ownership of the family’s property, and both authority over and responsibility for the welfare of the rest of the family.

The Bible (Genesis 27) tells the story of Esau, who sold his birthright to his fraternal twin (and younger brother), Jacob, in return for a bowl of stew. Esau was a rugged man and his father’s favorite; Jacob was a “mama’s boy.” One day, Esau came in from a long hunting trip, and all he could think about was eating. Jacob, who was in the kitchen cooking, said he would give Esau a bowl of stew in exchange for his birthright. Esau was so much more concerned about his stomach than about his heritage and his future that he agreed to the deal. That was a huge mistake that Esau regretted for the rest of his life. Esau had no respect for his birthright, and apparently neither do the majority of Americans.

The American birthright is Life, Liberty, and the Pursuit of Happiness. Our birthright has given us a double portion of the bounty of this planet. We didn’t steal it. We created it within the framework of the government that God gave us over 230 years ago. We prosper or not as a result of our own labor and ingenuity. We rise or fall on our own merits, not the dubious merits of a faceless “collective,” nor at the whim of some government authority. And we don’t hoard our wealth. From our position of responsibility among the family of nations, America is the greatest source of humanitarian aid in the world, bringing comfort and relief to disaster victims around the globe.

Our founding fathers gave their blood, fortunes, and personal honor to provide us with freedom from overbearing government intrusion in our lives. When people had a genuine need, neighbors would help their neighbors. They did it to build community. Families took responsibility for themselves and did it with their own toil and sweat and risk. They did not need or want government intervention. They had each other.

The birthright our founding fathers gave us includes the right to speak as we wish, gather as we wish, publish newspapers and other writings as we wish, and worship as we wish. They limited the scope of a federal government to that of a single face to the outside world, which as a result allowed the people of each state to be in charge of their own lives, families, and businesses. They also gave us the right to defend ourselves from foreign enemies and from an intrusive domestic government.

But we are throwing that precious birthright away for “a bowl of stew.” We want the federal government to feed, house, and clothe us (with food stamps and other entitlements), to keep us from getting sick (national health care), and to let us do whatever we want with no consequences (abortion on demand and defund the police). People do not realize that these “bits of stew” are false hopes that lead to financial enslavement to a big government.

We have a generation of voters who as children were protected from every harm by “helicopter” parents and were provided with every material thing by parents who spent more time making money than raising their children. These children never received their birthright of self-reliance, entrepreneurship, and responsibility. When the parents quit providing the cushioning in life that their children had grown up believing they would always have, these grown children turned to the government for their protection from reality and responsibility.

This same generation were taught by teachers, a majority of whom lied about the American birthright. They taught that America was a colonial power that invented slavery. In reality, America was a group of colonies that banded together to win freedom from the overbearing government of the greatest colonial power in history. And slavery has been around a whole lot longer than America. Jacob (in the story above) had nine sons who sold another of their brothers into slavery nearly four thousand years ago. The truth is that slavery in America was an extension of slavery in the colonies of the British Empire. It took Americans less than 90 years – but more than 600,000 lives – to abolish slavery in America once and for all. Freedom is the birthright of all Americans – yet we are throwing it away for a figurative bowl of stew.

Famed radio commentator Paul Harvey wrote in 1952 that “A government that is big enough to supply you with everything you need is big enough to take everything you have.” A poll conducted by the Victims of Communism Memorial Foundation found that 70 percent of millennials were likely or extremely likely to vote for a “socialist,” while 50 percent indicated an unfavorable view of capitalism. This misguided and ill-informed generation is throwing away a birthright that they do not value because they do not understand its incredible value. And like Esau in the Bible, they will never be able to regain it once they lose it.