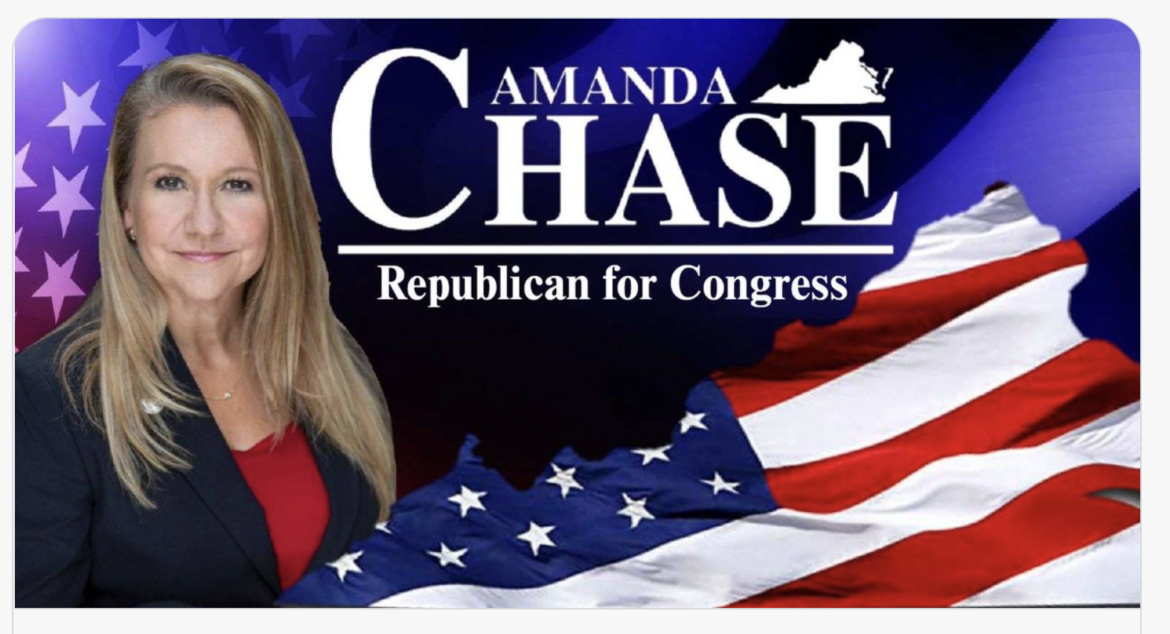 The field of candidates competing for the 7th district Republican Congressional nomination just became more crowded. State Senator Amanda Chase (Trump in Heels) has thrown her hat into the ring.

Also running in the 7th district to take back the seat held by Democrat Abigail Spanberger are State Senator Bryce Reeves, Governor Bob McDonnell staffer Taylor Keeney; candidate for the 2020 nomination Tina Ramirez; intelligence officer John Castorani, Attorney Derrick Anderson, and Gary Barve. This should be the easiest seat for Republicans to pick up in 2022 so it’s important we choose the right candidate to do that. Other seats Republicans that are likely to flip next year are the 10th district and the 2nd district.

Senator Amanda Chase announces a run for Congress in the 7th district was last modified: November 17th, 2021 by Jeanine Martin

Since the election disaster by Democrats 2 weeks ago, Dems,

1) Have conceded that inflation is a genuine word in the Father Joe dysfunction regime.
2) Father Joe Biden has instructed OSHA there would be NO vaccine mandate nor enforcement.
3) Has made it official, by official denial, that now “former VP” Harris, now paper tiger, is unofficially only the VP on paper. lol,lol,lol.
4) Trying to run from increasing energy/gasoline/diesel prices by blaming his zero leadership regime on
big oil. Saying they may have broke “the law” on oil prices. A diversionary tactic to mislead the dead.
5) BUT FATHER JOE HAS HIS MAJOR VICTORY. GIVEN TO HIM BY THE REPUBLICANS, AND THEM ALONE. A VICTORY THAT DEFINES HIS REGIME. Just like Trump’s tax cuts for the rich victory. Thanks be to the Republican party for giving its voters the finger, again, and again.
6) We still have Obamacare, thanks Republicans.
7) McConnell and McCarty, both need to be taken to the SPCA.
8) The FBI needs to investigate who got the cash for the Republicans to shit on its voters.

I have a serious question based on several of your comments, including this one. It seems that you profess to be a Christian on one hand, but then you mock and tear down our elected leaders, you mock them and show open disdain.

This is a dumpster fire waiting to happen.

Proving again that the government can do nothing right.

Abigail has done a great job. Amanda is certifiable, but a fave of the gop………..crazy

maybe the courts, which now handle redistricting, can put Chase in the 4th so she can run againt McKeachan

At this point the list of who is NOT running may be shorter…and nobody has seen a map. I’ll give some of them credit for not stepping out early and sucking attention from the November 21 candidates. Some of them showed us that courtesy, not all….