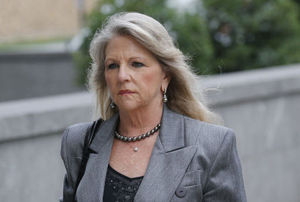 The US probation office will recommend to U.S. District Court Judge James Spencer that the wife of Governor Bob McDonnell receive 5 to 6 1/2 years in prison following her conviction in September for helping businessman Jonnie Williams while she was the First Lady of Virginia. [read_more] Most legal experts believe that Maureen McDonnell’s sentence will be much less than that since her husband was sentenced to only 2 years after a recommendation for over 10 years. Â Mrs. McDonnell will be sentenced on February 20th. Â Her husband begins serving his prison sentence on February 9th.