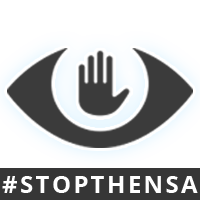 Today the second Circuit Court of appeals dealt a blow against government surveillance, but the Fourth Amendment protections against the telephone metadata collection program under the Patriot Act still remain unclear.[read_more]

Under § 215 of the Patriot Act the federal government is allowed to collect substantial private information about people pursuant to secretly obtained warrants.  § 215 has been codified at 50 U.S.C. § 1861.  The federal government has been collecting telephone metadata since at least May 2006 on all people in the United States without our knowledge.  (Opinion P. 14).  This metadata has been compiled in vast federal databases for use in future investigations, supposedly with adequate safeguards.  In short, every phone number you have called and that has called you since May 2006 is in a vast secret government database waiting to be datamined when someone you know is identified as a potential terror threat.  (Opinion p. 8).  The American public found out about this in June 2013 through the leaks from Edward Snowden.  (Opinion p. 13).  Various suits have been filed seeking injunctive relief and damages against the U.S. government.

The warrants sought violate the statute

The telephone metadata program, by contrast, seeks to compile data in advance of the need to conduct any inquiry (or even to examine the data), and is based on no evidence of any current connection between the data being sought and any existing inquiry.  (Opinion p. 72).

We conclude that to allow the government to collect phone records only because they may become relevant to a possible authorized investigation in the future fails even the permissive “relevance” test.  (Opinion p. 75).

In other words you cannot collect information that you expect will become relevant sometime in the future.  The warrants violate the plain meaning of the statute.

But what about the Fourth Amendment?

After spending 10 pages discussing the constitutionality of § 215, the Second Circuit concludes by saying:

I think they could have said in one paragraph, “as we find the warrants were issued in violation of the statute we do not reach any conclusions as to the constitutionality of the warrants.”

The case has been sent back to the trial court judge for further rulings.  This is a victory for civil liberty, but far from the sweeping victory civil libertarians were hoping for.

Setback for the NSA Domestic Surveillance Program was last modified: May 7th, 2015 by Paul A. Prados

If one will recall most of the changes to surveillance law made by the Federal Patriot Act were part of a longstanding law enforcement wish list that had been previously rejected by Congress, in some cases repeatedly. Congress promptly reversed course because it was bullied into it by the Bush Administration in the chaotic weeks after the September 11 attack. Once you acquiesce, for what ever reason, to allow these Constitutionally questionable acts they become like weeds taking root in your garden. The task of every removing them is daunting if not close to impossible. The cliche that the “solution is worse then the problem” may really apply in this case. Surveillance can become an addiction to those that hold the power to apply it to the lives of their fellow citizens. There will always be a “self evident” reason for the need for more sophisticated and intrusive technologies, always. We face this issue even here in Virginia where recently Gov. McAuliffe vetoed two compromise bills from Delegate Richard Anderson (R -51st District ) and Sen. Chap Petersen (D-34th District) that would have resticted only short-term use of license plate reader data, with his veto law enforcement how can indiscriminately collect data and retain it in mega databases for as long as they wish. And like at the Federal level, there will without question be further requests and demands from state agencies regarding collection and use of this information. This process needs to be halted and reversed how or the surveillance culture will continue to expand both nationally and locally.

“This is a legal victory for civil liberty, but far from the sweeping victory civil libertarians were hoping for.”

Whether or not that victory will translate into termination of any programs is a different story. And quite frankly a fantasy. The intelligence community has ways to evade these rulings while remaining within the letter of the law. Technology transfer are all too common, as are reciprocity agreements with other countries.