Shak Hill Comes Out Strong In Defense of the GOP 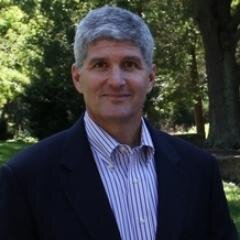 Shak Hill, Candidate for the GOP 2014 Nomination for U.S. Senate

Shak Hill calls on legislators to reject legislation mandating primaries for every nomination.

Shak Hill just scored a lot of points with the grassroots. In response to our call for all three declared U.S. Senate candidates to oppose legislation designed to strip the political parties of First Amendment freedoms, the former combat pilot and Air Force Academy graduate today made a public statement calling out those who use the military to shield their real intentions.

For background on the legislation in question, see more about it here in our post entitled Keep the Government Out of GOP Nomination Contests. Shak Hill’s response is in the comments section, and on a Facebook sharing of that post.

Hill first attacks this plan by correctly pointing out that the stated justification for the legislation (expanding military participation in nomination processes) is a “red herring.”

Please do not use the military as a red herring to diminish the leadership’s freedom within our party as guaranteed by the first amendment (the right to assemble – as we determine, not as determined by the state). As a decorated combat pilot who flew in defense of our nation, I know that what may seem honorable that takes away liberty is neither honorable nor just.

Hill doesn’t just take the side of the grassroots, he goes further and demonstrates a keen understanding of why this is important:

Our party has the opportunity to use one of four methods to select our nominee. As time and circumstances dictate, the party leadership can determine the best and most appropriate way to identify our nominee. Under NO circumstances should we arbitrarily abdicate our party’s flexibility to the state legislators, no matter how noble the cause. Please reject this power grab by the state!

Well done, Shak! We appreciate your leadership on this issue, and renew our call for Howie Lind and Ed Gillespie to also publicly oppose this attack on the First Amendment freedoms so important to the effectiveness of grassroots activism in Virginia.

Shak Hill Comes Out Strong In Defense of the GOP was last modified: January 18th, 2014 by Chad Ochocinco

[…] is in good company with his strong, principled stand. He joins fellow candidates Shak Hill and Ed Gillespie, as well as countless other Republican leaders from around the Commonwealth, in […]

you could try these out

Hill is 100% right about the concern regarding military participation in conventions being a red herring. If you’ve actually been to one, you know there is no underrepresentation of military at all – if anything, they are more represented in conventions since conventioneers come from military families more than the average primary voter.

To dispense with the rare individual who genuinely shares that concern – it’s a boogeyman. Military servicemembers have no problem being well-represented in a convention.

As far as the 99.99% of people who bring up this concern, they bring it up not out of any concern for military representation, but simply because it’s a convenient talking point so they don’t have to talk about their true aim – having primaries so that nominations can be bought by whoever has the most money. I confess I’ve had to suppress the urge to deck quite a few of these people, not just for the insult, but also for their craven, manipulative cynicism.