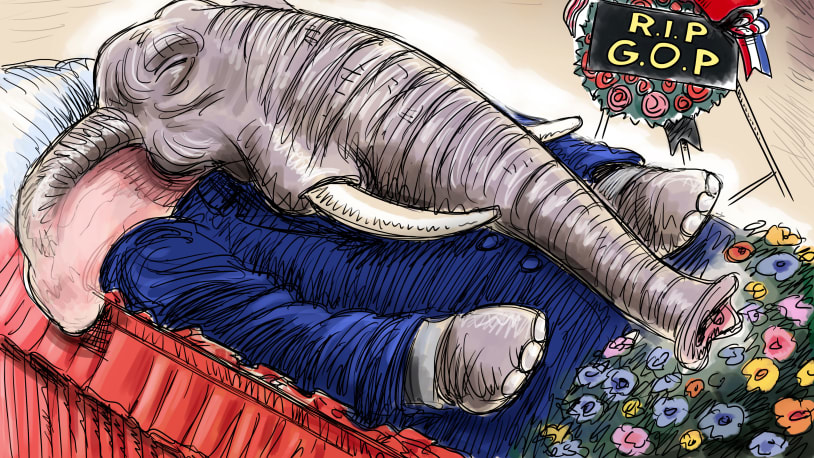 Humorist and singer Ray Stevens famously sang a song about how country folks would lay the body of a recently deceased person out in the parlor at home and hold a kind of wake at the house. It took the place of a viewing, because there were no funeral homes nearby. As the song goes:

“The church would loan you foldin’ chairs
An’ you’d have visitation and everything right there.
But when the night time come
You’d have to sit up with the dead.
’cause it wasn’t right to leave ’em alone.

He continues the tale:

“Well, the last time I sat up was in ’65
When my old arthritic Uncle Fred died.
He was 97 and so stooped over
That the mortician couldn’t straighten him out.

They used a loggin’ chain to hold him down
Covered that all up with a cape and a gown..
An’ didn’t tell nobody in the family
’cause that’s the kinda stuff folks just don’t wanna know about.

Well, we were all sittin’ there, it was three in the mornin’
An’ then there come up a cloud a-thunder, lightnin’ and stormin’.
Well, that lightnin’ flashed! And that thunder clapped!
And that chain ’round old Uncle Fred went snap!
It rattled and fell to the floor with a thump, an’ Uncle Fred just sat right up… (Yeow!)

When Uncle Fred sat up, so did everyone there
An’ there come a great partin’ of the foldin’ chairs.
I ain’t never seen so much jumpin’ and shovin’ before…”1

I cite this whimsical text because it reminds me so much of what happened this past week, when the “corpse” of the Republican Party – declared “dead,” “stone dead,” and “deader than dead” by various commentators, since the 2020 election – just sat right up. The result has been a “great partin’ of the foldin’ chairs,” with more pushin’ and shovin’ than has been seen for some time in various Democrat funeral parlors. That corpse showed surprising vigor for one so recently (and tragically) departed. It would appear, in fact, that the GOP wasn’t dead at all, but was merely taking a power nap before pulling up its suspenders and rolling up its sleeves to take the field again.

Election-results for the governorships of Virginia and New Jersey seemed to shock Democrats who were still basking in the afterglow of Joe Biden’s historic “victory.” Likeable, youthful former businessman and political novice Glen Youngkin – accompanied by his wife and handsome family of four children – stumped the Old Dominion with a message of unity, quality (racism-free) education, lower taxes, fiscal responsibility and prosperity. And on November 2nd he won a shocking 51-49% decision over former governor Terry McAuliffe, who ran as a Biden-Obama-Clinton liberal.

Although Joe Biden and VP Kamala Harris appeared at rallies with Mr. McAuliffe, their attempts to pull the ex-guv over the finish line swerved off the road and ran into a ditch. Hizzonor completely misread the temper of the state – running an angry campaign that stumbled and bumbled over the troublesome issue of critical race theory. He claimed that it wasn’t being taught in the state, but Virginians knew very well that it was. Saying CRT was just a “racist dog-whistle” used by “white supremacist” supporters of Mr. Youngkin, McAuliffe’s Big Media allies attempted to smear the newcomer with the hoary racism-charge which Democrats always use when they can offer nothing substantial to the voters.

Somehow – and Democrats evidently found this astonishing – Mr. McAuliffe’s reprise of vintage Obama-Clinton “hope and change” simply didn’t resonate with Virginians who are now wary of hazy golden promises that descend into higher taxes, trillions in wasteful federal spending, galloping inflation, and political business as usual. Having endured two Democrat governors over the past eight years – one being Mr. Mac, himself – Virginians were not buying what he was selling. He was a blast from the past, while voters were looking forward to leaving racial division behind and regaining prosperity and normal living. The McAuliffe message – “shut up,” he explained – was not received gladly by Virginians who were heartily sick of being told what to do by a black-face governor who seemed to think he had been elected Caesar.

In fact, it was Democrats’ attempt to paint Mr. Youngkin as a racist that fell flattest of all. His running-mate, Winsome Sears – a dynamic, articulate black woman who was a Marine Corps veteran – handily won the office of lieutenant-governor. In her stirring post-election speech she made abundantly clear that the Virginia she knew and cared about now was nothing like the Virginia her father came to in 1963. “We own the water-fountains now!” she joked, by way of declaring that Virginians were ready to move ahead together, united in wanting the best for their children and their communities. The “racism” slur was further stomped by Republican Delegate Jason S. Miyares, who upset a two-term Democratic incumbent to become the first Latino Attorney General in Virginia’s history.

Analysts and commentators will be arguing for a long time over whether Mr. Biden’s in-person support of Mr. McAuliffe was helpful, given that the president’s policies of open borders, COVID-mandates, higher taxes, inflation and trillions in new debt are widely unpopular. The wasteful $3.5 trillion “infrastructure” bill pushed by the House of Representatives, might have been the last straw for Virginians. All politics may be “local,” as Tip O’Neil once said, but the economy is a national issue with local implications. Virginians have spoken, and their message is: “let’s try a change from the previous ‘hope and change’.”

New Jersey’s gubernatorial election was not quite the same as Virginia’s, but there were similarities. I lived in Jersey for 4 years, so I understand a little about the state and its politics. I claim no significant expertise, but it was pretty clear that Jersey’s citizens were having a severe case of buyers’ remorse over Good Old Joe’s big spending, inflation, high gas prices and pandemic-mandates. This certainly did not help the campaign of Governor Phil Murphy, who staggered over the finish line just a whisker ahead of the GOP’s Jack Ciattarelli – the Republican businessman and former state legislator who campaigned on lowering property taxes and opposing COVID mask and vaccination mandates. He came very close to unseating the governor in a state which has a million more Democrats than Republicans.

Some Democrats are celebrating the first re-election of a New Jersey governor in 40 years, but others realize that the close result is a warning flag for Democrats, nationwide. Last year Mr. Biden carried Virginia by 10 points, and New Jersey by 15. But this week independents, minorities, and women did not vote in the same numbers that propelled the “basement candidate” into office. Some analysts wave this off as typical year-after voter-discontent, but they might be whistling past the graveyard.

From his basement in 2020, Mr. Biden made big (if nebulous) promises about uniting the country and restoring “normalcy.” He was going to be the calm, reasonable, good old Lunch-bucket Joe – a unifier and a welcome respite from the trash-talking Orange Man.

But this year, Good Old Joe is “governing” (if that term describes it properly), so we’ve all had a good look at his brand of unity, competence, and good government. To Joe’s young and independent voters, mandatory COVID vaccines, $4 gas, and wide-open borders don’t look so hot. And parents have had more than enough of dumbed-down, race-obsessed education for their kids.

Something had to give. And more tired old bromides about the evil Dr. Trump were not going to move the needle. The Virginia and New Jersey governors’ races were certainly local politics, but they had a national flavor, too. Democrats will ignore their lessons at their peril. They could fall as fast as they rose.

As for sittin’ up with the “dead” GOP – reports of a political party’s demise are usually much exaggerated. In 2003-’04, some commentators predicted that Democrats would be a minority party for years – possibly decades – to come. But in 2006 a war-weary public, sickened by political corruption, put Democrats back in charge of both houses of Congress. Two years later, voters elected a slick, virtually unknown, and totally inexperienced young Democrat senator to the presidency because he promised (undefined) “change,” gave inspiring speeches, and looked good in a $2,000 suit.

Times change – sometimes with amazing speed – and now they may be a-changin’ again. Religion is not the only venue where the dead can rise again. We may not need those folding chairs after all.

Sittin’ Up with the Dead was last modified: November 5th, 2021 by Woody Zimmerman

A very well thought out, documented and written article. Thank you for that.

And, as noted in the article and in the comments, we did not win a war. We won a battle. A very important, critical battle, but a battle, nonetheless. We are still losing the war, although we are in a better position now to change that state of affairs than just a couple of weeks ago.

Of all the lessons to be learned here, I think one of the most important is the value in showing people that it is ok to be conservative, and moreover, to speak out in public about it. That being unfairly labeled a racist, particularly by racists, is only fatal if you fold up and let it kill you. That, when you exercise your right to speak out, you give permission to others to speak out, too.

People of good will had become so frightened of being canceled, that they did not dare express their own views, which in turn stifled the discussion of important issues that affect everyone, today, and that we can actually address, today.

It is great to celebrate these wins; however, one of your fundamental messages is don’t get too cocky or too complacent. We need to keep fighting for America as America not the America as progressive (socialist) democrats see it.

It was all rigged. At this point, looks like Republicans did this to keep the drug companies happy. How? Because likely this will kill the Reconciliation Infrastructure package which was the hold up since August in the House. Neither party wants to inconvenience the drug companies which might upset the flow of cash to members of Congress. According to CBS News, $263 Billion so far this year alone has been given to Congress by drug companies.

It’s all rigged and crooked.

You actually raise an excellent point. is it Republicans vs Democrats or Americans vs globalists. It looks like our politics have changed so greatly that GOP and DNC are meaningless as the realignment occurs.