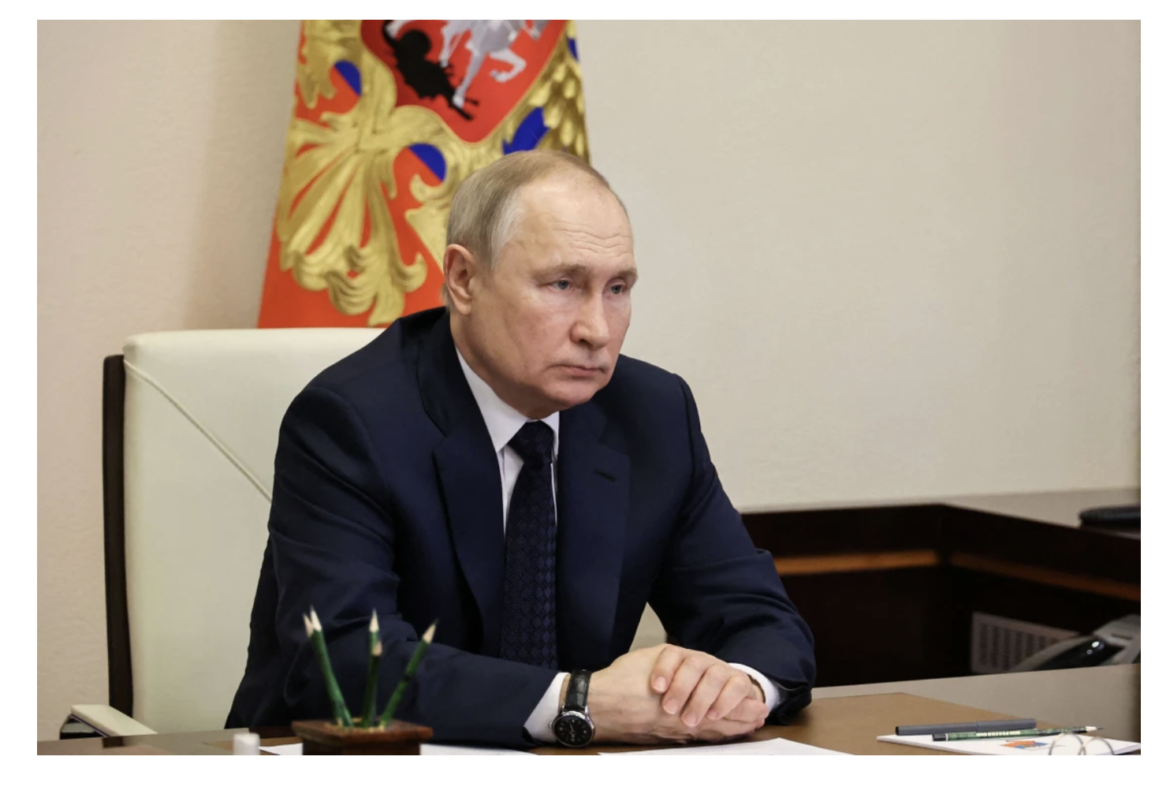 From the very beginning of the invasion of Ukraine Putin’s ambition has been focused on restoring both the grandeur and territory of the former Soviet Union. It is also my opinion as a former senior War Planner for the Joint Chiefs of Staff, that our debacle in Afghanistan was clearly the catalyst for this invasion now responsible for the deaths of thousands and unspeakable war crimes. President Biden should have been aware of Putin’s intent – when asked what do you think Putin will do, he simply responded – “My guess is he will move in.” What!

Although Putin has previously escalated only to de-escalate, the current stalemate makes it more likely that weapons of mass destruction may be employed on the battlefield. Soon after Russia invaded  Putin said he was moving his “deterrent forces” – code for nuclear weapons – to “combat ready” status. Russian military doctrine dictates that nuclear weapons will be used in response when the existence of the state is threatened.

With President Biden declaring that “regime change” is the goal of the conflict and that Putin is a war criminal, he has not given Putin any diplomatic “off ramps’ which makes the nuclear scenario even more likely. If Putin has no choice but trial as a war criminal, what does he have to lose? He has remarked that he will not suffer the same end as Moammar Kaddafi who was savagely beaten and assassinated by U.S.-backed rebels.

Putin has also recently upped the ante by declaring that the United States set the precedent for using nuclear weapons by bombing Japan in World War II. Unfortunately, all parties may be headed down a slippery slope from which there is no return.

What motivates  Putin to resort to this unthinkable option are years of perceived and actual humiliation at the hands of the West after the demise of the former omnipotent Soviet Union. Combine this with the fact that previous bloodshed and Russian atrocities committed against Chechnya and Syria escaped unified condemnation and direct international intervention and you have a recipe for disaster.   Unfortunately, Putin now has both the conviction and motivation to rebuild a new Russia regardless of the dire consequences that would dissuade any rational and sane leader.

Millions of dollars in un auditable U.S. aid may have for the moment caused a stalemate, but despite all appearances, Ukraine is not “winning.” Unfortunately, Ukraine is now in an even more dangerous and unpredictable phase that may have unintended consequences. After all, what does Putin have to lose?

Unfortunately, a war with unintended consequences may be looming with potentially devastating results. It was Robert Gates that stated, “I think he (Biden) has been wrong on nearly every major foreign policy and national security issue over the past four decades.” Let’s hope this time Secretary of Defense  Gates is wrong and our Commander in Chief is correct – there are no “winners” in a nuclear exchange.

Well, why is this guy saying this?

James,
You shouldn’t be scaring folks into a war.
The incredible foreign policies of the Obama/Biden/Clinton had created the first “Great Reset” and has brought the world a wonderful feeling of peace.
https://www.politico.com/story/2009/03/video-wrong-red-button-019719?_amp=true

Did then Vice President have access to the Top Secret Documents that he had stolen and were found in his sleep tank.
Were these “Top Secret” Documents used in his & Obama’s give away to Iran or China?
Did they help China in manufacturing the Bio Weapon used on the world? Or
Iran’s nuclear aspirations?
Did Russia have access to them?
Did then President Barack Obama declassify these documents that were stolen.
Shame, shame;
Biden in possession of stolen “Top Secret” documents that he did not have access to.
Did General Milley use the documents in his notifications to China?
Did they show travel paths for insurgents in the then Obama/Biden Administration’s open border?

Censorship at its finest. 😂 Truth hurts doesn’t it?

Poland is making preparations to insert battle tanks into Ukraine. If this occurs it will be a direct act of war between NATO and Russia.