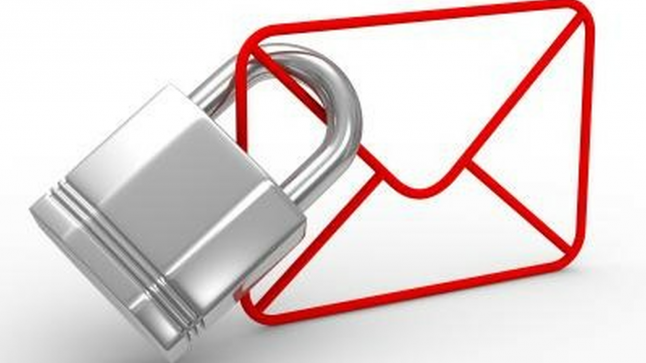 Members of Congress and many privacy advocates are busy selling the public on the Email Privacy Act by rightly claiming that government bureaucrats must first get warrants from neutral judges before they may obtain and read our emails.

The trouble is, as reported by The Daily Caller (â€œHouse Bill Lets Bureaucrats Read Your Email Without A Warrantâ€), this bill re-authorizes, blesses and encourages the very types of violations of the Fourth Amendment its proponents so righteously claim they are stopping â€” and even more.

To call the selling of this bill false advertising is being generous. Itâ€™s more like selling out the rest of America to protect special interests.

The bill purports to correct a flaw in an old law, the Electronic Communications Privacy Act (ECPA), under which government may use what are called â€œadministrative subpoenasâ€ to get our emails older than 18 months from third-party storage now called the â€œcloud.â€ That term was not known when ECPA was enacted because the cloud had not yet been invented.

Administrative subpoenas are government warrants to obtain papers, records, pictures, metadata, and more. They are issued unilaterally by government agencies, meaning without approval by neutral judges after â€œoath and affirmationâ€ of probable cause that some law is being violated. Those requirements are in the Fourth Amendment, which helps protect the security of our â€œpersons, houses, papers and effects.â€ Bureaucrats may issue administrative subpoenas based merely on â€œcuriosity,â€ a defense long used by Peeping Toms.

With peacock pride, advocates for the Email Privacy Act state what Americans know should be true: Government bureaucrats may obtain and read emails only with warrants signed by judges. Cloud service providers would never again need to spend money, time and resources responding to judge-less administrative subpoenas for our private emails.

Inexplicably, the bill then re-authorizes and blesses the use of judge-less administrative subpoenas by federal and state agencies targeting every other person, business or nonprofit organization in America. Whatâ€™s good for Google isnâ€™t good for the rest of us, apparently.

Proponents say the bill merely acknowledges current law under which there are over 300 federal statutes and some unknown number of state statutes authorizing judge-less administrative subpoenas.

The Email Privacy Act, however, will result in more administrative subpoenas being issued. Instead of one-stop violations of the Fourth Amendment, bureaucrats will now issue administrative subpoenas to multiple parties â€” just not to cloud service providers, and not just for our emails. Taxpayers, after all, are financing their violations of the Fourth Amendment.

The Washington Post recently reported how government inspectors use judge-less administrative subpoenas to obtain phone records of those who disclose illegal government conduct to the news media. Reporter Jerry Markon writes, â€œThere is a way for the federal government to easily obtain your phone and other records. Few people know about it. And when you get one, thereâ€™s not much you can do to fight it.â€

The governmentâ€™s message is clear: When someone catches the government breaking the law, donâ€™t call a reporter.

Thatâ€™s consistent with the history of why we have the Fourth Amendment. Englandâ€™s Star Chamber, synonymous with secretive abuse of power, bypassed judges and issued their own warrants to grab private papers and books to silence critics of the Crown and religious dissidents. The Fourth Amendment is paramount law instituting procedural safeguards against such arbitrary abuses of power.

The question must be asked: Why does legislation being sold to the public on the correct basis that the government must obtain warrants from neutral judges before getting our emails, turn around in the very same legislation to bless the use of judge-less administrative subpoenas? Is this Fourth Amendment schizophrenia just greasing the Washington skids for special interests? It certainly sends a clear signal to federal and state bureaucrats: Go ahead and subpoena the hell out of everyone, but just leave Google and the other cloud service providers alone.

The Fourth Amendment stands between us and a soft police state by ensuring that government has some verifiable and objective suspicion that a law may have been broken before government may snoop, invade and trespass on our personal and business private property and privacy.

Congressional hypocrisy and playing footsie with special interests is nothing new. But blowing smoke using the Bill of Rights is an unacceptable and dangerous sign of the weakness or constitutional corruption from our leaders in DC.

Originally published at The Daily Caller.

I share your pain and strident conviction but did you really believe a piece of proposed legislation called “The Read Your Emails at Will Act” was going to be appropriately nomenclatured for what this bill actually produces? The American people need to spend the time getting a lot more informed on the proposed content and implications of mislabeled legislation by reading articles such as this one (something I’m not optimistic regarding). The reality is you will NEVER see such an article as this in a MSM publication or media report and if mentioned at all it will be selling the lie. Conservative news organizations need to become more focused on disseminating iand reporting “intent” on all proposed legislation in a clear synopsis for voters and not just the major policy events like Obamacare and TTP.