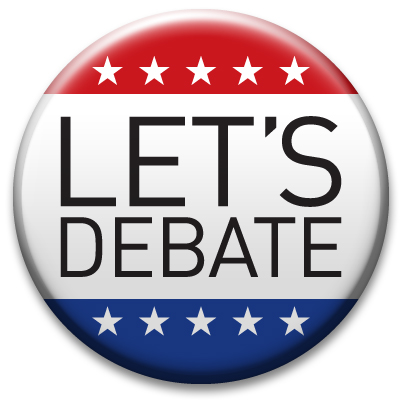 So, evidently my invitation to sit on the Fox panel tomorrow night as a moderator asking the â€œthe chosenâ€ Presidential candidates hard hitting, serious questions got lost in the mail.

I donâ€™t know about other movement conservatives â€“ as opposed to faux conservatives â€“ but Iâ€™m as sick of 30 second sound bite answers from both our candidates and our supposed leaders, as I am sick of these so-called â€œcommentatorsâ€ steerage of the process.

This gets back to a longstanding belief that genuine conservatives have completely lost the definition battle since Reagan, and now we have â€œsquatter conservativesâ€ that are camped out on certain catch-phrases that they know appeal to the vast majority of the Republican Party that self-identify as conservative. They know they will rarely have to defend them.

Many of these politicians start out lying to us about who they are, so if they get elected they have had plenty of practice. My personal favorite is, I’m a small government conservative.â€

During the 2014 election cycle herds of congressional and senatorial candidates used that phrase saying theyâ€™d defund Obamacare, stop Amnesty, control the wild spending – blah, blah, blah. Howâ€™s that working out for us?

These pretend conservatives do it, of course, because they know they can get away with it. The â€œcommentators,â€ most of whom make a living talking about these folks, let them slide for the most part, because itâ€™s their business–not a passion to see traditional or constitutional polices and values prevail.

Here are the top six questions and follow-ups I prepared in advance for tomorrow just in case that invitation shows up late:

Iâ€™m thinking that in case that invitation doesnâ€™t show up I better be ready with some popcorn and a glass of wine Thursday night.

Regarding answering any of your questions, no matter the answer, there is still a Congress to deal with.

A Congress that is controlled by Republican’s who have not even attempted to do anything related to your questions.

Corporate money rules Washington. Until that changes, nothing will.

Good job, Mike. Thank you. I still have problems with the many labels attached to “conservatives.” We need to be careful in applying the terms, and be guided by the actions demonstrated. I think that we need to go easy in our criticism of the current Republican majorities in Congress. They are powerless to override Obama’s veto, and will be effective only if we can win the white house next year. Crucial!

Serious questions that only a few of the top ten could answer conservatively and actually mean what they say. Let’s hope the Fox crew can meet your challenge.

Great post, great questions for our future leaders. I hope they get asked.