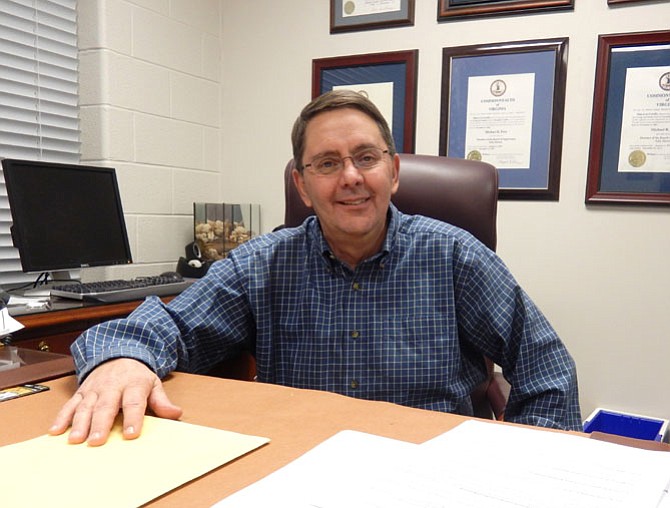 As expected, Republican Supervisor Mike Frey will not seek re-election for Sully District SupervisorÂ on the Fairfax Board of Supervisors. Â Frey made his announcement on Monday night,[read_more]

â€œRegarding the upcoming elections in November, I will not be seeking reelection,â€ he said. â€œYou reach a time where change is appropriate, and that time has come for me.â€

I’ve worked for the county for 37 years. I started working for [former Board Chairman] Jack Herrity in June 1978 and was then [former Centreville District Supervisor] Elaine McConnellâ€™s chief of staff for seven years before becoming the Sully District supervisor.â€

Mike Frey is undecided about his future. He will remain in Centreville but has not yet decided if he will seek another job, volunteer at the animal shelter,Â or coach little league sports.

Brian Schoeneman, currently a member of the Fairfax Electoral Board, will run for the seat. Fortuitously, Schoeneman moved into the Sully district last week. Schoeneman is an attorney and a labor lobbyist. In 2011 he ran for theÂ House of Delegates against David Bulova. Â It is believed Schoeneman will run as a Republican.

Come on Jeanine his press release could not make that clearer. “I look forward to working hard, earning the Republican nomination and running a successful campaign through November.â€Just because you don’t see eye to eye on every issue doesn’t mean you should pretend he’s not a Republican.