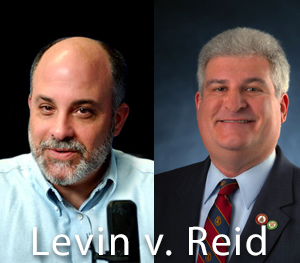 The wealthy Levin’s overreaction suggests criminal wrongdoing on his part. Has he made a deal with career CIA Russian Studies analyst Umstattd?

I see liberal attack and suppression against the things they hate is still alive and well on the web.

This charity has its headquarters based in Mo with offices in Loudoun. What office or property is he trying to write off in Loudoun? Does he own his office on Deerfield ave? Since he also lives in loudoun is he trying to also include his personal residence in this exempetion? There are specific guidlelines that I do not believe his charity has met:

He’s a brilliant attorney. You think he doesn’t actually understand the letter of the law? That was your first mistake.

No. I think Levin is a crook with links to Russian-speaking organized crime.
Which might explain his preference for Umstattd.

The Mayor is a nice enough lady–whose career in the CIA’s Russian Studies shop involved some not very nice stuff. Duh.

If you ever needed proof, this is a perfect example of how Mark Levin (and most of his fellow talk radio hosts) are all talk and no action.

Mark Levin isn’t stupid. He’s a smart businessman. He knows that he has no case here and it would cost way more than his $8000 property tax bill to move his organization over the county line. I’d have respect for Levin if he came out on his show and told the side of the story about him backing down… but that’s never going to happen. Image is everything to entertainers.

It takes a special kind of jerk to make me support/side with Ken Reid, and apparently Mark Levin is one of them. I’d never listened to his radio show before, but just from that short excerpt it is clear to me that he is an egomaniac who takes everything personally and denounces anyone who doesn’t agree with him completely as a liberal nutjob who hates America. There are so many things you can attack Ken Reid on, but this is not one of them.

I’ve been planning a special surprise for Reid when he runs again in 2015, based entirely on his vote to hang the County of Loudoun with a blank check to MWAA….. This just helped fill positions in that fight. It’s far from over…I’m just warming up.