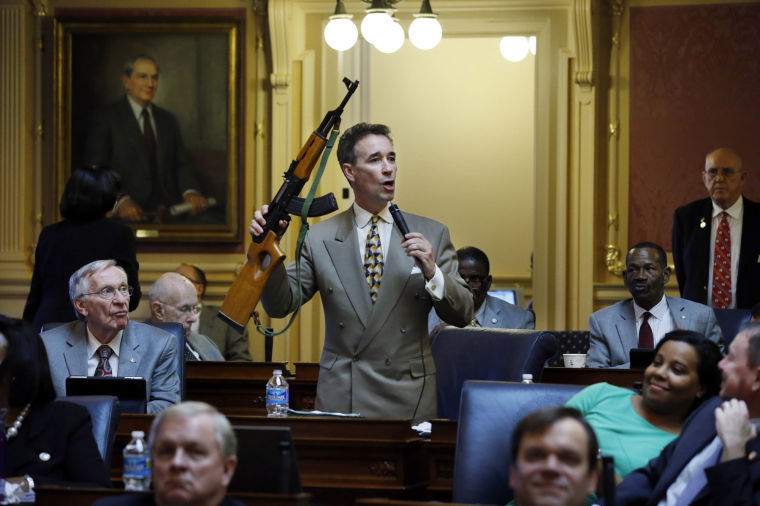 Ten YEARS for McDonnell and only 6 MONTHS for Joe Morrissey?

Delegate Joe Morrissey (Democrat) had sex with a teenager and impregnated her. Â He will remain a Delegate and lawyer but will have to sleep in jail for 6 months. [read_more] Meanwhile, former Governor Bob McDonnell (Republican) will serve 10 to 12 years for a ride in Ferrari and being in some meetings. More on the story here.Â Â More on the charges against Joe Morrissey here.Â Morrisey also nearly beat a man to death in 1999 and lost his license to practice law. That story here.Â  Morrissey’s bio.Â

Democrats and Republicans are calling for Morrissey to resign.Â Â Good for them! Why do I suspect he will ignore them?

Morrisey should be in jail, not in the House of Delegates.

Ten YEARS for McDonnell and only 6 MONTHS for Joe Morrissey? was last modified: December 13th, 2014 by Jeanine Martin

So is Morrissey going to be on the sexual offender list?

No as far as I can tell. http://sex-offender.vsp.virginia.gov/sor/statutes.html

This demonstrates how little we value young lives in our society vs. “stuff.” McDonnell gets 10 years for accepting “stuff” without giving anything in exchange for it, while this Democratic pedophile gets a mere 6 months and Democratic voters will still probably re-elect him again! Disgusting.

Outrageous. This minimal sentence is a miscarriage of justice.