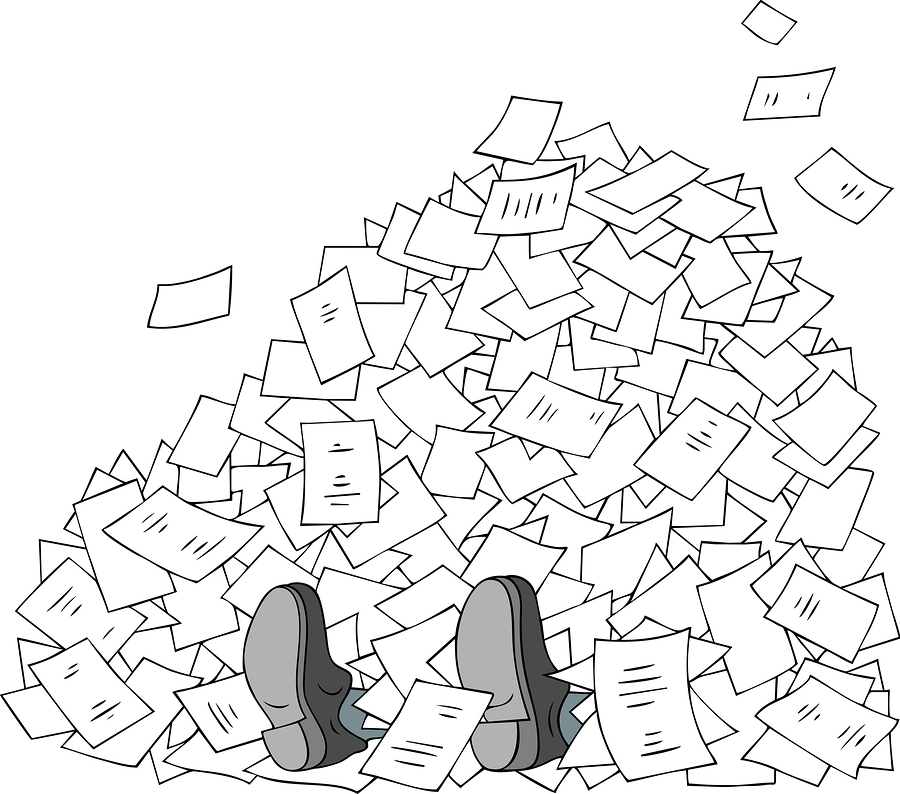 The Administrative State on Steroids

“The larger problem remains for working class Americans; their federal government is in a colossal mess.”[read_more]

Working class Americans are under assault by their own government on virtually every front, from their pocketbooks all the way up to their faith; the enormous administrative state is progressively more incompatible with individual liberty, less trustworthy in the fair application of the rule of law, and represents a greater danger to the Republic than even Congress.

Combined with political parties that time and again refuse to represent them, many citizens are bewildered by the sense of national drift and anxiety about the future. If the GOP can’t or won’t stop the federal overreach and bend the federal government back towards its defined constitutional roles, then working class Americans must find a new political movements that will – sooner rather than later.

The bloated administrative state – so vast that literally no one even knows where all the nooks and crannies are – has grown like crab grass over the past six decades. But the last fifteen years has seen explosive growth prodded on by the reckless expansion of two presidents; unchallenged by a corrupt political class in Congress who campaign against super-sized government, only to fund more of it when in office; and guarded by a facile and unreliable judiciary.

The exercise of political power amounts to nothing, after all, if you don’t have Guccis on the ground to make it happen.

As the administrative state has become more unaccountable, straining against the leash of congressional and the Constitutional restraints, it has grown regardless of which political party is in power. And Americans have discovered in recent years that this behemoth becomes more autocratic with its increased girth. Its magnitude and lack of oversight encourages a sense of privilege and invites secrecy, so increasingly the administrative state operates and rules by edict, and does so with little of the recourse accorded citizens in the civil judicial system.

If hard rule by decree should fail, at least 40 federal regulatory agencies have their own armed personnel and SWAT teams ready to compel citizens to heel. These include the Department of Education, IRS, EPA, Food and Drug, BLM, Railroad Retirement Board, TVA, Office of Personnel Management, Consumer Product Safety Commission, OSHA, and the US Fish and Wildlife, just to name a few.

You can’t throw a rock in Washington without hitting the front door of an agency or department of the federal establishment that isn’t rife with waste, fraud, cronyism, and politicization, of course. So it is not surprising that the administrative state works hard to protect itself from oversight using deception and complexity.

Obamacare, of course, is the gold standard for deception, written with enormous, open ended rule making authority for the administrative state that is busy destroying the American healthcare system. The Dodd-Frank financial “reform” act – another unread 2,000 pages of legislation – is also an assault on average Americans, that was overshadowed by the uproar over Obamacare.

Dodd-Frank, chief among its many sins, created the Consumer Financial Protection Bureau (CFPB) – the brainchild of then radical Professor, and now radical Senator, Elizabeth Warren. The CFPB was deliberately placed in the quasi-public Federal Reserve System, where it is virtually a free agent with negligible Congressional oversight and operating outside the federal budget process, like the Federal Reserve itself. It is the envy of the administrative state, with enormous and unchecked power that is methodically coiling around virtually every financial relationship and interaction that Americans have.

Besides the weak accountability of rulemaking beyond the reach of a public veto, there is another danger with the permanent administrative state. The government inevitably wants to govern every citizen on the basis of its own collective or individual biases.

Americans had a peek at this threat in practical application two weeks ago when the House Oversight and Government Reform Committee issued an investigative report describing how the Federal Deposit Insurance Corporation (FDIC) was in cahoots with the Justice Department in a secretive program named Operation Choke Point, that would force banks to cut off financial relationships with “payday lenders” and at least 20 other industries – including firearm dealers and manufactures – that the FDIC and Justice deemed “hi-risk” or “morally objectionable.”

The reason they kept the program hidden from the American people, was that the FDIC and Justice Department were deliberately colluding to financially ruin legal businesses and industries, along with the tens of thousands of jobs supported by those businesses. They “schemed,” according to the investigators, to leverage the regulatory grip the FDIC had on the nation’s 4,500 FDIC member banks, and during official audits at these banks the FDIC would “discourage hi-risk relationships.”

Emails presented by the congressional investigators show that the FDIC and their Justice Department co-conspirators developed the plan to influence banks’ decisions on who to do business with by labeling certain industries “reputational risks.” In essence, they strong-armed banks until they cut credit lines or closed business accounts in an attempt to run legal enterprises out of business.

The House panel’s investigation, led by Rep. Darrell Issa, R-Calif., and Rep. Jim Jordan, R-Ohio, examined briefing documents that show that out-going Attorney General Eric Holder was fully aware that Operation Choke Point was forcing banks to end business relationships deemed “high risk’” by the FDIC. Shockingly, the fact that these were legal businesses was never discussed, and didn’t even prick the conscience of anyone up to and including the Attorney General of the United States.

Committee Chairman Issa said in a statement, “It’s appalling that our government is working around the law to vindictively attack businesses they find objectionable.” Issa pointed out the obvious; that Operation Choke Point was inconsistent with the basic principles of good government, transparency and the rule of law. Since the FDIC is a quasi-independent agency itself, and generates its budget from member fees, it is unclear how much influence the Congress can have on its internal operations, despite these revelations.

The investigation also revealed internal emails that demonstrate that FDIC officials took action against companies because of their personal bias, and even smearing businesses by defamation was acceptable. The investigators noted that a senior FDIC official instructed that in letters and talking points prepared for Congress, that FDIC spokesmen and Chairman Martin Gruenberg always mention pornography when discussing “payday lenders” and other targeted industries. The official explained that was to draw a “good picture regarding the unsavory nature of the businesses at issue.”

But whether it is legally operating pay day or short-term lenders, legal firearm and ammunition manufactures or dealers, legal coin and tobacco dealers, or even legal pornography vendors, all of these targeted, businesses deserve one simple thing from their government – to be left alone. Individual citizens who are offended by such enterprises don’t have to use them, and the proper place for their regulation resides with elected legislatures.

The lessons coming from the rapid growth of the administrative state, though, could not be clearer. If they can write and enforce rules without fear of the Congress, and if they can close down legal business using tactics generally associated with organized crime, then there isn’t anything they can’t do to any industry or business – or individual. It is by definition extra-constitutional governance. The larger problem remains for working class Americans; their federal government is in a colossal mess. After November’s landslide elections, it appeared a rescue attempt was coming. Now that seems less likely, and a new political coalition of the willing is waiting for a leader.

The Administrative State on Steroids was last modified: December 23rd, 2014 by Michael Giere

[…] State – the permanent government (previous articles on the administrative state here and here) – impervious to the demands of accountability or legal consequences, with unlimited […]