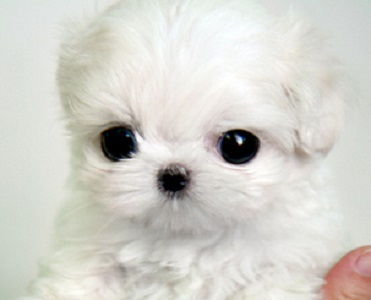 The Attack of the Fluffy Pocket Poodles

“Our government and our own Party have put law abiding, God fearing citizens in a terrible quandary.”[read_more]

Here is what we knew in November, 2014: Virtually every Republican House and Senate candidate in the country ran on some version of an anti-Obamacare, anti-Amnesty platform, and talked about the crushing tax burdens, spending, and falling wages that have been caused by the radical, ultra-left Democrats and their equally radical President.

Here is what we knew in December, 2014: Obviously unaware that the country just sent a “cease and desist” order to their elected officials, a lame-duck Congress passed the $1.1 trillion dollar CRomnibus budget, nearly 2,000 pages in length, that essentially continued the spending insanity, then some, through September 2015. In so doing they insured another year without serious action on much of anything.

Here is what we knew by late January, 2015: With the new Congress seated, it is now quite apparent that there will be no serious attempt to derail, defuse, defund, or overturn Obamacare, while its massive financial discombobulations continue to ripple across the economy. Only this week we learned that the Congressional Budget Office (CBO) was predicting that the nightmare would cost nearly $2 trillion dollars over the next decade, while costing 2.5 million jobs and driving Medicare sign ups through the roof. You can hear crickets in the Capitol.

According to most accounts, the new Congress will make no attempt to defund this radical leftist President and his clearly unconstitutional executive actions on Amnesty, immigration and enforcing existing law. Many think they will use the outstanding Homeland Security budget as a foil, to cover up their inaction with impassioned excuses.

In addition, this week the Senate is conducting hearings on the Attorney General nominee, Loretta Lynch. Lynch stated, in essence, that she would not enforce existing U.S. law that prohibits hiring illegal aliens. “Everyone has the right to work,” she intoned. Evidently, only Senator Jeff Sessions (R-AL) finds it unacceptable that the next Attorney General will refuse to enforce the nation’s existing laws.

It now also seems that are no serious plans to return the Congress to “regular order,” meaning that the government will not return to its historic practice of passing budgets through committees. Rather it will continue the more recent practice of having massive one-stop-shopping omnibus bills for an up-or-down vote, designed to continue huge spending, cronyism and fraud while limiting political accountability.

Friends, it appears likely that we bought a pig in a poke, again. The circus goes on. We can expect some very statesman-like words, and sonorous tones drifting over the airwaves in little ten second clips, explaining the “measured” actions, and “mature” work going on in Congress. It is all very, very serious work they’re doing “for the people.” And by the way, the members are making huge sacrifices to do it to us – or for us.

I don’t know about you, but I was hoping for at least a few street fighters in the new Congress. I wanted some folks on the Hill to start breaking furniture. Junk yard dogs if you will. I wanted some people to stand up and fight for America. To fight for you, and me. Instead, it looks like we’re getting nothing but fluffy pocket poodles.

How about some politicians standing in the well of the House and the Senate – and on the steps of the Congress, or in their own districts – and speaking for the average, hard-working Americans dealing with dropping incomes, reduced net worth, and increased tax burdens at all levels? How about a few politicians who care about the average families that live on $40,000 or $50,000 dollars a year, trying to raise kids and make a future for themselves through their own hard work.

How about some concern for the average working class family who has had their healthcare turned upside down both financially and functionally, only to be insulted day after day and told that millions of people who didn’t have insurance, now do have it – all the while knowing it’s hog swill and that no one gives a hoot about the impact on the average American working family?

How about some alarm for the dropping wages of the citizens of this country – both native born and immigrants – who do everything right, who live under the law and mind their own business; only to see their own government bend over backwards for people who broke the law to get here, most often diving head first into public welfare services, and bringing down wages? How about a touch of concern for the unemployed, underemployed, and those no longer looking for work that pushes the real unemployment rate to over 10%? Or the 93 million working age Americans not in the work force, or the skyrocketing rate of poverty, especially among children?

Just who is speaking for America? It obviously isn’t Obama and his ultra-radical party, and it’s now pretty obvious that it isn’t going to be our elected representatives. Then who?

This is a Republic, where citizen participation is mandatory, not optional for any success. So when does our disappointment, disgust, and outrage at the direction of the country translate into more than an angry vote? When do the people put their foot down, and what does that look like? If Congress can’t or won’t look after the national interest instead of their personal interest – then what? If they win elections one way then govern another, what alternatives are there? Marches, demonstrations, civil disobedience?

Our government and our own Party have put law abiding, God fearing citizens in a terrible quandary. They are in essence saying; there is no way out for you, and you’ll be made to like the new America – one in which you will have no say.

This is the most important question that grassroots social, economic and religious conservatives can ask of our elected officials and potential Presidential candidates heading into 2016: for whom will you speak?

The Attack of the Fluffy Pocket Poodles was last modified: February 2nd, 2015 by Michael Giere

But, you forgot to tell why things are like they are. It’s all about the cabbage. Take the money out of politics.

There you go again.

Yeah, me, too. We said the Republican leadership wasn’t worth a hill of beans and the ones we elected don’t seem to be either. Now what do we do? We told you so and still VA elected too many who will not even give the furniture a little kick. They won’t even rearrange the chairs on the deck of the Titanic.