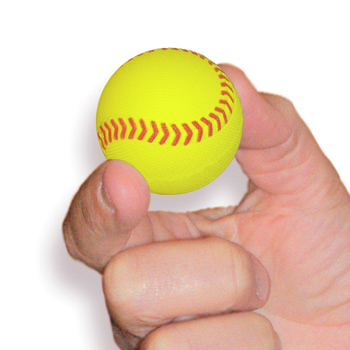 When I was growing up in the 80s and 90s we obviously did not have a professional baseball team in Washington, DC. So once a year when my Grampa would visit, he and my Dad would round up me and my two brothers and head to Baltimore to catch an Oâ€™s game.[read_more]

See, Earl Weaverâ€™s Orioles relied on four 20 win starters and would just sit back and wait for Boog Powell or Frank Robinson to hit a 3 run homer. That worked in the American League and it worked in the regular season. But in the playoffs? Every game was tighter, every pitch mattered more and every player was more intense. While Weaverâ€™s Oâ€™s relied home runs that became harder to hit in the playoffs, teams like the Pirates and Mets would chip away with a run here and run there while sporting equally good pitching. Eventually the Oâ€™s ran out of time to hit that big homer. â€œJoe Altobelli,â€ my Dad always says â€œwas a better manager than Earl Weaver.â€ For those who donâ€™t know, Altobelli was the manager of the Orioles in 1983, a team decidedly less talented but one that embraced defense and small ball. Only Cal Ripken and Eddie Murray batted over .300 that year. But they were measured, played as a team, and didnâ€™t swing for the fences on every pitch. They also won 98 games and the World Series in 5 games over a mightier Phillies team that had Mike Schmidt, Joe Morgan, and Pete Rose on it.

Why am I talking about the Orioles and Earl Weaver and Joe Altobelli? Itâ€™s a lesson conservatives in Virginia need to embrace after seeing what happened yesterday. Less can be more, patience and strategy can trump power and fame when managed properly.

In some ways, we were even blinded by Dave Bratâ€™s defeat of Eric Cantor. After all, Earl Weaver did win ONE World Series (against the Big Red Machine). But it’s not as easy as it looks. Taking on heavy hitters like Bill Howell, Emmett Hanger and John Cosgrove all in one year was a lot to ask for. It was worthy fight, but was it the smartest use of resources?

Because of Bratâ€™s victory, there is a belief among conservatives that we can hit home runs every at bat. Remember, if you bat .300 you are an All-Star. Instead of focusing on huge and symbolic fights against the powerful crony Republican leaders, we should instead start small, settle for singles over triples. Bunt the runner over instead of looking for the grand slam. Taking our eye off the ball perhaps cost us Delegate Mark Berg. And before anyone asks, I applaud Susan Stimpson for running against Howell, for forcing him to earn his seat he feels entitled to and to force Republicans to have the conversation if power is worth having just to have. But moving forward, conservatives need to be more calculating in the races we target and the fights we choose to engage in. Could more help have been given to Berg, Tim Ciampaglio, Harry Greigo and maybe Bill Janis or Vince Haley? What about other incumbents that went unchallenged? We need less Boog Powell and more Al Bumbry.

There is a need for huge and symbolic victories among conservatives, Tea Partiers, and libertarians. We want to fight back against the big money Richmond Establishment that is trying to bankrupt the party, the Hampton Roads Establishment that tried to slate our activists, and the elected leadership that has so watered down our brand one tax hike at a time that we canâ€™t win any statewide elections any more. But we canâ€™t fight them all at the same time. We canâ€™t beat the Stolles, the Cosgroves and the Howells all at once. The stars aligned for Dave Brat and he capitalized on it. Instead of hoping fate aligns again, we need to go make it happen ourselves.

The fact is we walk away weaker now than we were on Monday. It is what it is. But letâ€™s not forget the successes we have had, namely Amanda Chase in Richmond and John Guevara in Fairfax. What lessons can we learn from their victories? So letâ€™s dust ourselves off, go beat on some Democrats in November and come back at this in a year. Letâ€™s stay focused on state central, on finding candidates for school board and supervisor who we can promote in a few years. This is not a defeat, merely a setback. The plates are shifting under the feet of the old guard in our party. Weâ€™ve seen it already in the continuous losses we have taken in statewide races, the Republican Party must and will move towards more economic freedom, personal liberty and consistent principles. But nobody ever said it would be easy.

“Letâ€™s stay focused on state central, on finding candidates for school board and supervisor who we can promote in a few years.”