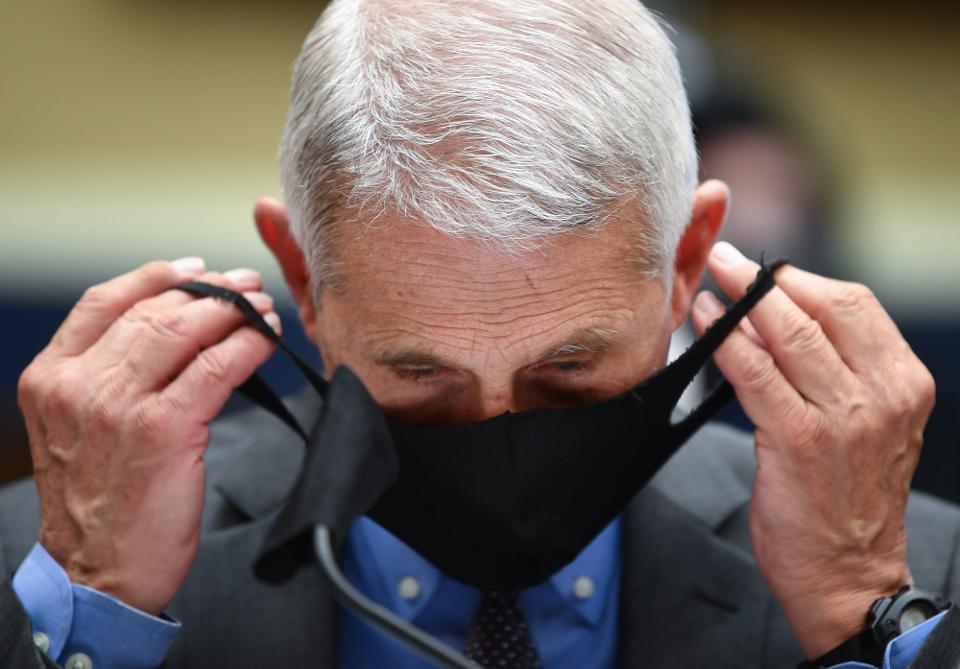 Four months into the corona manufactured pandemic, blue states are still enforcing draconian measures to wear masks everywhere in public for your own good lest be seen as a danger to society, public enemy number one, and to the well-being of those around you.

If your mask does not cover your nose properly, there are Karens nearby who let you know immediately that you are wearing your mask incorrectly or a barista with a sonorous voice who asks you to cover your nose. You are not allowed to say, I cannot breathe behind it for medical reasons, because that is a racist statement and cultural appropriation, and nobody cares about your well-being when it violates the collective good.

The mask has a different symbolism for those who lived under communism and yearned to escape to the freedom of the west before the Iron Curtain fell in 1989. A good example is the Russian skating couple, Oleg Protopopov, and his wife Ludmila Belousova, who defected to Switzerland in 1979 while on a tour from the Soviet Union and became Swiss citizens in 1995.

Ludmila recounted how on their last skating routine in front of the Soviet communists before defecting to the west, she danced in a black costume representing death (of soul, of spirit, at the hands of the Communist Party), while Oleg wore a black mask, the pretense faÃ§ade most citizens had to adopt in order to cover their real feelings and to survive the oppressive regime of the Communist Party. At the end of the routine, Oleg overcomes death (the Communists) and removes his mask, skating into the light (of freedom).

Personally, the Covid-19 mask has surpassed the utility of protecting us from a potentially harmful virus, it has become the mask that muzzles biting dogs. It is the mask we had to wear when we were forced into harvesting grapes for free every fall in high school when we had to wear masks that prevented hungry and thirsty students from eating any grapes.

Masks were used in other cultures to control and enslave people, to diminish, and demoralize them.Â Masks were and still are worn as a form of obedience.

President Donald Trump shared a tweet that argued that the mandated use of face masks represents a “culture of silence, slavery, and social death.”Â

Beyond the normal isolation of 14 days and quarantine (40 days) following the outbreak of an illness, liberty loving people resist the mask and see it as a form of communist indoctrination while the progressive/liberal segment of society is more than happy to comply and wear the masks indefinitely.

Leftist all-knowing and snitching Karens and their submissive husbands wear the mandatory masks with eagerness and arrogance because they virtue-signal how good they are. They want to make sure you know how respectable their character is and how morally virtuous and superior is their political correctness.

Masks were thought to prevent the Black Death, and ridiculous shapes of masks were designed and worn to ward off the bubonic plague.

Molly McCann wrote, â€œTo those looking to benefit politically from emergencies, COVID presents an opportunity to advance plans targeted to transform American freedom and the American way of life. Mandatory-masking policies provide a valuable foundation to weaponize the virus against American libertyâ€”now and in the future.â€Â Â https://thefederalist.com/2020/05/27/mandatory-masks-arent-about-safety-theyre-about-social-control/

But there is an important question, how long must a mask be worn? Will we have to wear them indefinitely, or every flu season? Will the necessity of mask-wearing disappear after the November elections? Will we have Covid-2020 and thus the masks will never go away?

And last, but not least important, what will happen to our immune systems that are no longer strengthened by exposing ourselves to viruses and bacteria around us? How weak will such sheltered immune systems become? Will we need to live in a bubble?