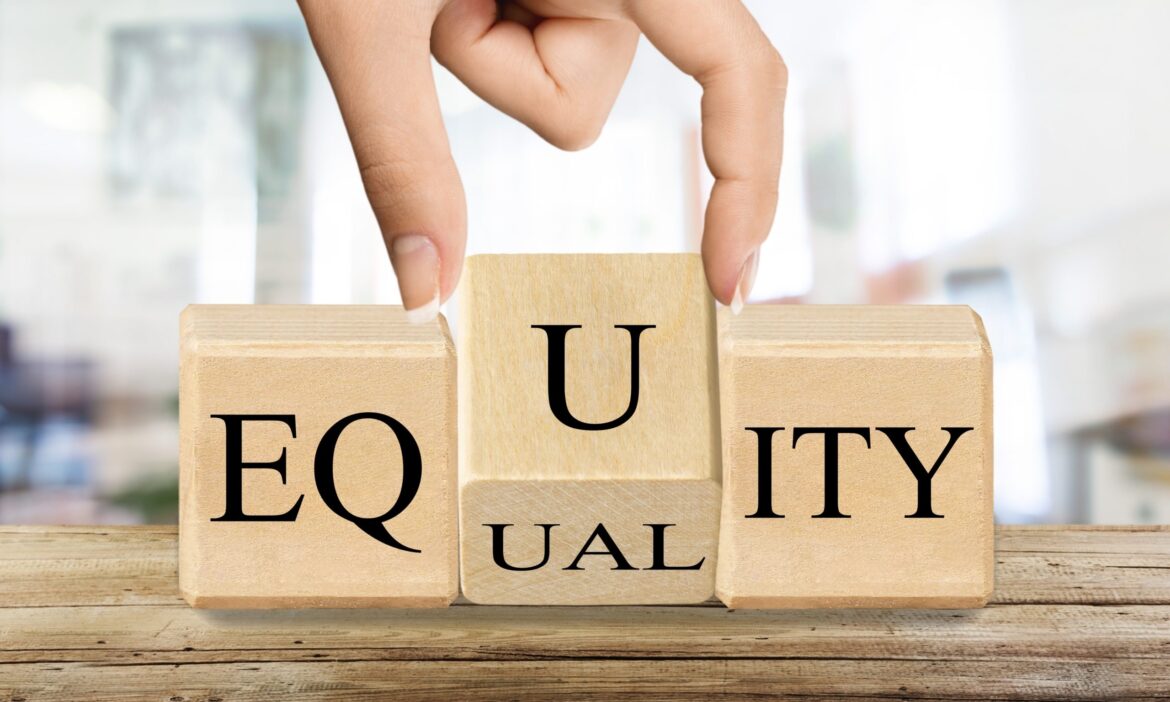 The difference between “equity” and “equality?

As the proud parent of five adult  children in a “blended family,”  I shake my head as I have recently seen equity being pushed by progressives as the “new normal.” Yes, no pun intended but I do have skin in this game as three of my children are biracial while the other two were products of a single parent home yet all five are at the top of their respective professions despite overcoming major obstacles to include income disparity and racial discrimination in the south. I still remember to this day taking my oldest son and daughter for their school inoculations in the deep south in 1979 and having the nurse ask what race are these “things?”

I attribute my children’s success to hard work, dedication, and a willingness to take responsibility for their own actions. None of them expected or was given a handout nor preferential treatment. Several like many young adults on their own for the first time accumulated massive credit card debt and became “boomerang” kids allowed to move back home with the expectation they would pay off their debt while living at home rent free. Unfortunately, they did not take advantage of the opportunity and consequently their mother put their belongings on the curb, and they were on their own again. Years later they stated this was the best thing that ever happened to them as it forced them to take accountability for their own actions.

In addition, all paid for their own way through college or vocational training not relying on the promise of government student debt relief. They incurred the expense and assumed the personal responsibility of paying it back without expecting a government handout. My family’s story typifies what many adults have experienced up until now. That is equality meant equal treatment in both school and employment, fair competition, and impartiality judged outcomes.

Unfortunately, progressives in the Biden Administration are now pushing to have equality the principle embraced by our Founding Fathers replaced by the  false and deceptive practice of “equity.” Not only in our schools, but workplace, and even in the military. Equity, which is anathema to our Constitution means equal outcomes, achieved, if necessary, by unequal treatment, biased competition, and preferential judging.

Those who push for equity have hidden these crucial differences for a reason. They aren’t merely unpopular; they challenge America’s bedrock principle that all people should be treated equally and judged as individuals, not as members of special interest groups. As Dr. Martin Luther King stated, “Judge a man or woman by the content of their character and not the color of their skin.” This should be the golden rule of how we treat humanity.

What we are seeing pushed hard now by the left is indeed different. It is the false claim that the unfair treatment of previous generations or perhaps a disadvantaged childhood entitles one to special consideration. One measure of how unpopular these unequal programs have been is how often their proponents need to rename them. “Quotas” were restyled as “affirmative action.” However, the goal was still to give special benefits to some groups to achieve desired outcomes. Now “affirmative action” has also become toxic, hence, the new name “equity.”

Instead of making their case openly and honestly, advocates of equity deliberately distort their objective to avoid revealing their radical goal of re-engineering society through coercion. When the results fall short, as they inevitably will, the remedy is obvious: more government power, more regulations, and more indoctrination.

Yes, as Commodore Oliver Hazard Perry  said in the War of 1812 “We have met the enemy and they are us.”

The difference between “equity” and “equality? was last modified: April 26th, 2022 by Guest Contributor James Poplar

Ghost Pepper
Quotas? This country has always had quotas. What was the quota of Blacks at Ole Miss prior to 1962? Zero
Equality? When did that start? After redlining Black neighborhoods in the 1970’s?
Equity does not mean equal outcomes, it means equal access to resources. That hasn’t happened yet.

I suggest you read about the Puritans. They tried communalism and equity. It didn’t work because it unfairly punished the skilled and hard working. D.I.E. Is another attempt to cure the failures of socialism and communism. The Biden administration is the perfect example of what happens under D.I.E. Policies.

Next step under equity is slavery now called the great reset or global socialism. What do you think social Justice scoring is – some way of making everything wine and rose? Well, it is the exact opposite.

I get it………..your kids had a lot of advantages

As did yours – only you think they should have been given more rather than earned more. You embrace welfare not work. Very woke of you.

Not true/ And you miss the point

not true. You miss the point

I have a simpler definition. Despite being a tall skinny guy, I’ve always stunk at basketball (despite what many assumed when I was younger). I’ll never be as good as Lebron James, not even close. Equality is coaching me up and helping me achieve the most of my potential. And even with plenty of coaching and practice, I’ll never dunk on Lebron. Which is fine.
Equity is making our matchup fairer by doing nothing to help me, but instead cutting off Lebron’s feet. Sadly, there’s a decent chance he’d still outplay me from a wheelchair.

The fruit of Equity is Kamala Harris.

You have to give Kamala Harris credit though. She explains a European war such that John D(unghead) Martin or Erica, pronoun She It can understand.
“So, Ukraine is a country in Europe.”

How about it boys… is that simpleton enough for you two morons? I think that may be a bit over your heads.